NOMADLAND: A Roadtrip Through The Forgotten America 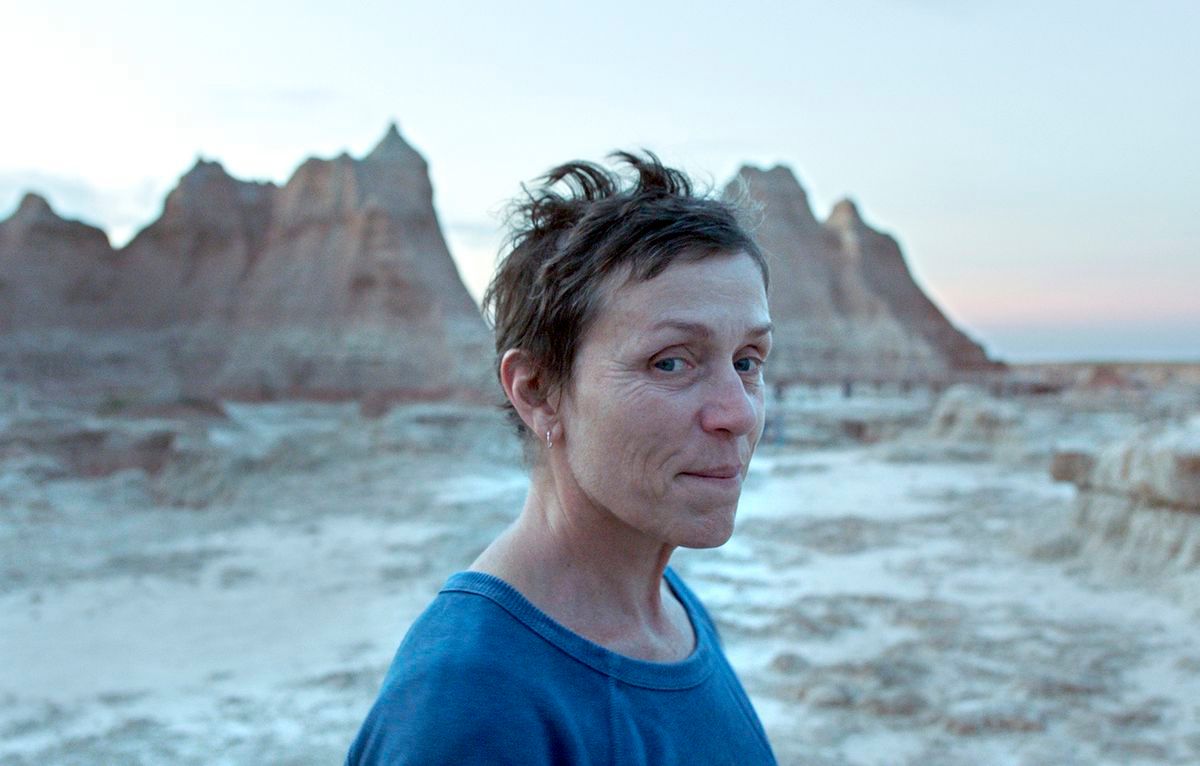 “Anyway, add Chloé Zhao to your list of auteur directors to watch, give Frances McDormand the Oscar, and eat the rich.”

I have a fear that’s been in my conscience as of late. Maybe “fear” is too dramatic of a word, but it’s definitely an image that has been stuck in my mind, and it’s this:  Dying alone in the town of Kennett, Missouri.

There’s nothing wrong with Kennett, people live there, people work there, people make a life there, in fact Sheryl Crow is from there. But when I think of what would happen if I suddenly became poor, I think of small mobile homes. Unfair I know, but it’s what my mind thinks of. I usually picture these towns in a place like Kennett. Small, boring, and unimportant. That picture of Kennett is exactly what the city of Empire, Nevada looks like. Francis McDormand revisits the town she left at the end of the film, after living a year of the Nomad life…and it’s as if someone plucked this sensational version of Kennett from my mind, and dropped it in Nevada, but I am getting ahead of myself.

Nomadland from director Chloé Zhao (Songs My Brother Taught Me, The Rider, Marvel’s Eternals) follows Fern and her journey after her late husband’s factory shuts down and the town that supported it, is deserted. Fern, played by Frances McDormand, then lives out of a van in order to follow seasonal jobs around. The first being an Amazon factory worker during the Christmas shopping surge.

McDormand has to be one of the most “real” actors, working right now. Every performance of her’s exudes a kind of onscreen strength that seems to come from the struggles of living a real life. Placing her in the middle of real-life Nomads only adds to this. In fact, Bob Well, who is a real-life Nomad, has an incredibly moving speech towards the end of the film. Though not a professional actor himself, it comes across as a speech he’s had to tell before. Maybe to people interested in the Nomad life, but more likely to himself. It is refreshing, however, to have an earnest performance from David Strathairn. His and McDormand’s back and forth is a welcomed lifeline, not only to Fern’s journey, but to the viewer. We get to see what a settled down life would look like. We get to imagine a “better future”. We even get to see what Fern would be like if she planted new roots, raising a family. But she doesn’t want that, and we know it. Her leaving is predictable but still heartbreaking.

Her Sister in the film accuses Fern of always being a nomad at heart, that she was always the wonderer. This might be an easy way to describe her, but I think something deeper is happening. The film opens and closes with Fern dealing with her late husband’s belongings. She only begins her Nomad life after her husband’s death and the loss of her house. Painting her as someone who was destined to be on the road cheapens how important her love for her husband is, the joy she has for her former Empire, and her own personal purpose in life. She even talks about the view from her back porch and Empire in romantic terms. It doesn’t sound like someone who was needing an excuse to hit the road. It sounds like someone who lost her way of life. She would have stayed in Empire if it were possible, but humans are so adaptable in the face of adversity.

This film follows people in incredibly trying circumstances, who also have an aversion to staying in one location for too long. Most people would be like Fern’s sister. Willing to offer a hand, but not truly understanding the system that forces people into the Nomadland. We read stories of people donating to a GoFundMe to pay for some stranger’s medical bills. You could walk away thinking “Human-beings are so adaptable.” But I would argue that a different reaction should come first. One of anger. Anger that our system allows for that kind of struggle, that our way of life doesn’t work like Bob Wells’s Rubber Tramp Rendezvous. That helping people “who need it, right now” isn’t the priority.

The final scenes, of Fern walking through the town of Empire, is what I picture as the worst case scenario for my life, which I guess says something about my worries. Anyway, add Chloé Zhao to your list of auteur directors to watch, give Frances McDormand the Oscar, and eat the rich.

You can watch NOMADLAND on Hulu, February 19th, as well as iTunes and Amazon.