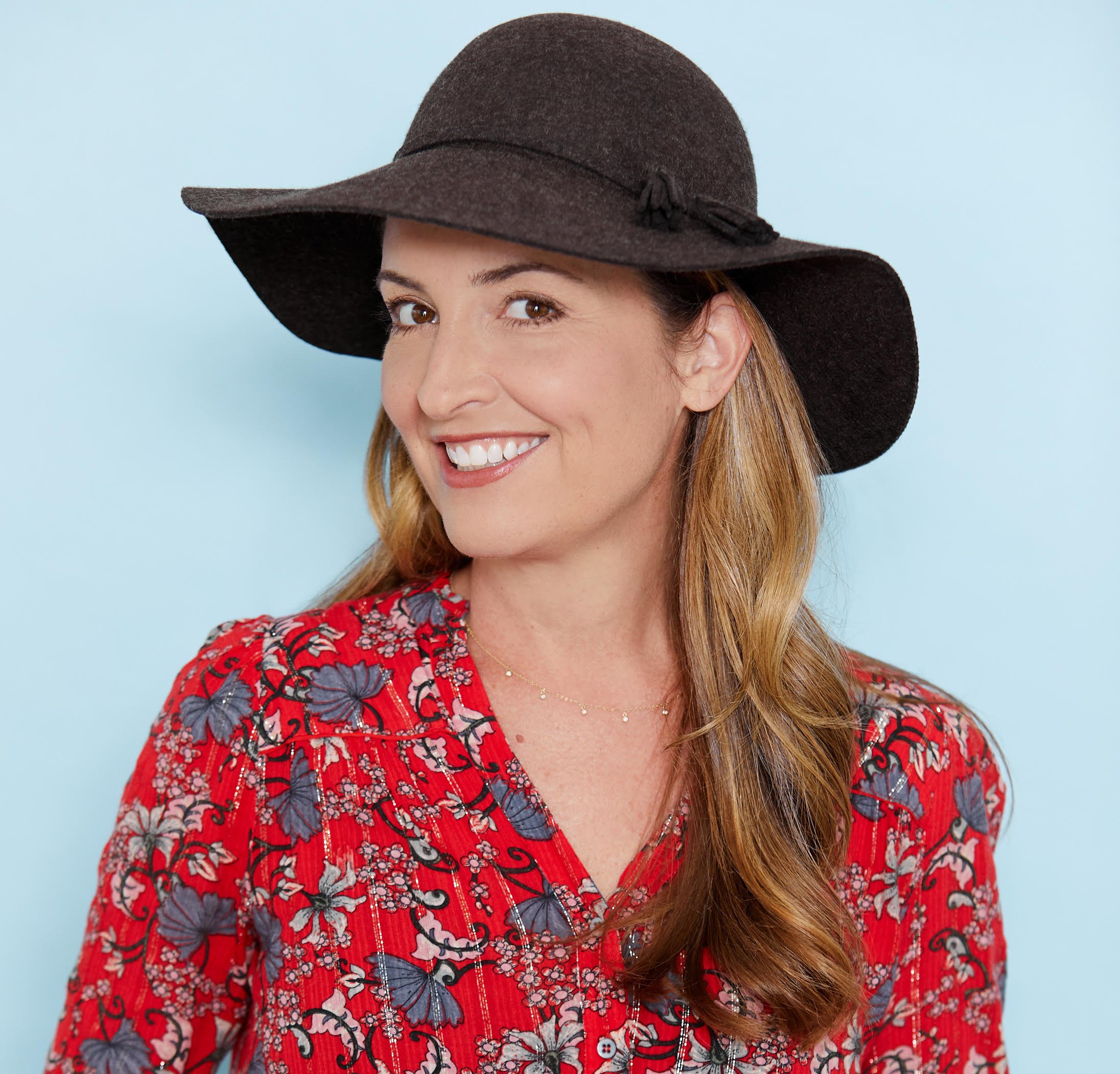 Robyn Paris is one of 9 women selected for the 2021 “Future Directors of Studio Features” initiative sponsored by Blackmagic Collective, as reported in Variety. Robyn created/directed 10 episodes of the mockumentary series, THE ROOM ACTORS: WHERE ARE THEY NOW? which premiered at Raindance and won numerous festival awards before launching on Funny or Die and amassing 1M+ views. Robyn’s work has been featured in HuffPo, The Hollywood Reporter and Entertainment Weekly. She holds an MFA in Screenwriting from UCLA and a BA from Duke University.

What was your experience like at UCLA School of Theater, Film and Television?

I loved getting my MFA in Screenwriting at UCLA back in 2008. The program at the time was excellent with incredible faculty. My peers and I felt like we hit the lottery when we got accepted. Some of my closest friends and collaborators are people I met there. In fact, a group of UCLA screenwriters helped me produce my series, The Room Actors: Where Are They Now? We were in a writing group together and I had already raised almost $32k on Kickstarter for the show but I needed a team to bring it to life. The writing group basically said, “how can we make this show happen?” And we banded together and everyone played a role – and we made the first 3 episodes of the show. We were all writers, but two of them became producers, one was the editor and another oversaw all the BTS footage and interviews. We also turned to UCLA to find our amazing DP. It was very cool and I am so grateful to have had that network of talent.

Tell us what drew you to comedy.

People always say comedy comes from pain and maybe that’s true. But according to my parents, I did voices and impersonations as a toddler. The “serve your meat, please” lady at the K&W Cafeteria in Greensboro, NC was the focus of my first character bit – at age 3 or 4. And I noticed a sense of humor in my daughter too, even as a toddler. (She’s now 13). She had excellent timing, but she had no idea she was funny. She would get mad when people laughed at things she said. So, I think in those cases, a sense of humor doesn’t come from pain; it’s an inherent trait. Comedy is about observation and noticing discrepancies in what people say verses what they do – and a perception of the ridiculousness in human behavior. Perhaps the ability to spot hypocrisy everywhere is what makes comics cynical – rather than the cynicism leading to the funny. The “funny” first, the pain second. I see comedy in everything and I still do characters and make constant jokes with my family. If you met me, you might think I’m straight-laced, but I am actually a very silly, boisterous person – which is why I love improvisation so much. Performing on teams at IO, Second City and The Groundlings offered a home for my outlandishness and finally allowed me to be free to be funny in public. Laughing and making jokes is a huge emotional release for me – I need it like water.

What was it like being an analyst at Netflix?

I worked for Netflix, analyzing their inventory of films back when they ran primarily a mail/DVD business, before they transitioned to online streaming. The algorithm that determines which shows and films they recommend to viewers was in its infancy at the time. Our team contributed to the data they use to categorize and organize films. We’d fill out massive spreadsheets about various titles, touching upon things like: themes, relationships, tone, level of violence or sex, profanity – it was extensive. Somehow, I became a go-to analyzer for classic Hollywood films and broad comedies. I watched lots of Elvis movies and saw almost every title of Tyler Perry’s Madea series. I covered a wide array!

What made you want to make The Room Actors: Where Are They Now?

I played the best friend character, “Michelle” in the movie, The Room. When Greg Sestero’s book The Disaster Artist came out, the book and the original movie The Room were getting so much press and it all basically said, “the actors in The Room suck.” And I took issue with that. I felt that we didn’t have the best material to work with in The Room – to say the least! Plus, none of us saw a script so we had no idea where our scenes fell in the trajectory of the movie. Those issues, plus on-set shenanigans created a situation not conducive to delivering a masterful performance. And I knew The Room actors were better than the press gave them credit for. So, I thought, why don’t I marry the fact that I’m a comedy writer and I’m in The Room and create a mockumentary series where The Room actors can poke fun at themselves, have a good laugh and in the process, show that we can be decent under the right conditions. I raised money on Kickstarter for the show and it ultimately became my directorial debut and launched my directing career. The fact that people, particularly Room fans, love the show has been wonderful – we are thrilled by the positive comments and feedback we’ve gotten. And I do think the series achieved what I wanted by giving us some redemption and a chance to be in on the joke. Visit: www.theroommockumentary.com to watch the 8 completed episodes.

What are some of your upcoming projects?

A short dramedy I wrote/directed and star in, Fruitless, is currently on the festival circuit. It screens at the Sunscreen Film Festival in St. Pete at the beginning of May. And I’m in pre-production on Public Nuisance, which is a period comedy short about misbehaving women in 19th century America. This year, I finished two new comedy features with writing partners. One is White Zinfandel – a female hot-tub time machine story and the other is Dude From Scratch, where two brilliant female scientists create the perfect man. The pandemic has been good to me in terms of writing. I was commissioned to write a ½ hour family comedy pilot and an hour-long drama pilot and I’ll be filming proof-of-concepts for those series this year. I’m in talks to direct two feature comedy scripts that I didn’t write – which I’m praying to the filmmaking gods come to fruition.

I’m also incredibly honored to be selected as one of Blackmagic Collective’s “Future Directors of Studio Features” for 2021. Through this program, aimed at uplifting talented female directors ready for their first studio feature, we network with high-level executives, producers, showrunners, directors, etc. It’s been fabulous so far – among others, we’ve met Twilight director, Catherine Hardwicke and have meetings next month with Jessica Elbaum and Amy Baer, all of whom are incredible women in the business of amplifying the voices of female storytellers.