Peacock Release: REDEEMING LOVE Stays True To The Book Condemning The Sins Of Men By Centering On A Woman’s Story 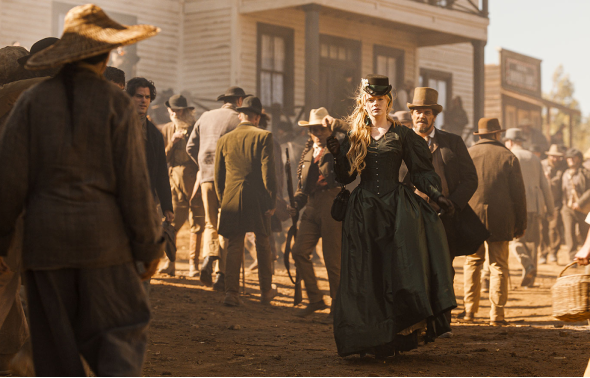 Yes. This book and movie adaptation is about the sins of men. How men treat men, how men treat women, how men have historically killed whatever they don’t like. This isn’t an attack on men, this is a major theme of this piece of art. If you don’t like this review so far, you should

Yes. This book and movie adaptation is about the sins of men. How men treat men, how men treat women, how men have historically killed whatever they don’t like. This isn’t an attack on men, this is a major theme of this piece of art.

I read this book. I loved this book, inspired by the Biblical story of Hosea. I loved it for many reasons, although I saw through some of its issues, I absorbed that deep abiding faithful grace is enough. Grace IS enough. And Francine Rivers’ involvement in the screenplay has a lot to do with that message making it to screen instead of being left behind by the male influence in the movie industry. I saw a LOT of proven female voices in the credits, the people that saw what Francine Rivers wrote and knew her original message needed to be protected.

I love this adaptation. It is stunning. The performances are deeply complicated even when they have very little time on screen due to the nature of time passing over 15 years. Even with the overwhelmingly Christian cinema executive team (every heavy hitter was involved), this movie didn’t shy away from simulated sex, intimacy, and nudity in many contexts. I took longer to watch this because I was genuinely afraid that the team would scrub this story of its pain through sterilization. Some of the men in this story could be a tiny bit of a cartoon, but overall, the team met the call to do Angel justice.

Despite the top layer of criticism, this story doesn’t label all sex-workers as survivors of sexual abuse and human trafficking, although this is exactly the story of Angel. This movie is a story about God’s redeeming love for all people in every walk of life. There are sex-workers in this movie in various levels of personal agency or perceived agency that allows for Angel’s story to be tragic in all the ways she was lost. And this story showed cases of women living under oppression no matter where they worked, lived, or attempted to play. Angel was never going to grow in these places of sexual slavery as she had dealt with her trauma response by turning off her will to live, which was not the case for other women in her life. She loved her women, too. Angel connected with women. That is a big deal in a story like this, her ability to hold, grow, and foster relationships with her peers gave us hope – as there were a LOT of men taking up space in this story.

And this story didn’t shy away from the tragic layer of racism in America. The Black sex worker addressed her Blackness with “Michael” and asked for what she wanted. “Michael’s” disgust with his Father’s plantation allowed for conversations about the evil of enslaving Black people between two white characters. Yes, all major characters in this story are white. Yet, this story’s origin comes from a Black man who had been enslaved on “Michael’s” Father’s plantation before the Civil War and that man’s grace for young “Michael.”

Wow, a lot of really bad things happened or are talked about in this story!!! Yes. I think Nell Minow‘s RogerEbert.com review states it best:

I was raised in the tradition of watching both secular and Christian media, so I was very comfortable with this type of dramatic tragedy to showcase a parable about the bounds of God’s grace. But I stay away from Christian cinema for the most part these days. I have a hard time agreeing with or even caring for the messages in the preaching-to-the-white-American-version-of-the-choir. But… I had already loved this book. So, I was gonna watch this no matter what.

It took me a while to warm up to Abigail Cowen as “Angel.” There are so many expectations put on her for ‘us’ to connect after reading and falling in love with who she has been to us for over a decade. But Ms Cowen fills the range with so much warmth, spark, and grace. I am instantly a big fan. Tom Lewis as “Michael Hosea” is a treasure. He walked the tightrope of delicate care, intense desire, and wisdom WITHOUT condescension. He is quite a find. His innocence shows through even when he’s struggling with God.

One perfect side note: Eric Dane as “Duke” is the casting I didn’t know I needed. He is a dark, brooding, and huge presence. He fills the shoes well. Better than I imagined.

And when you need MORE, yes, there is a podcast:

Click To Watch The Full Movie HERE On PEACOCK