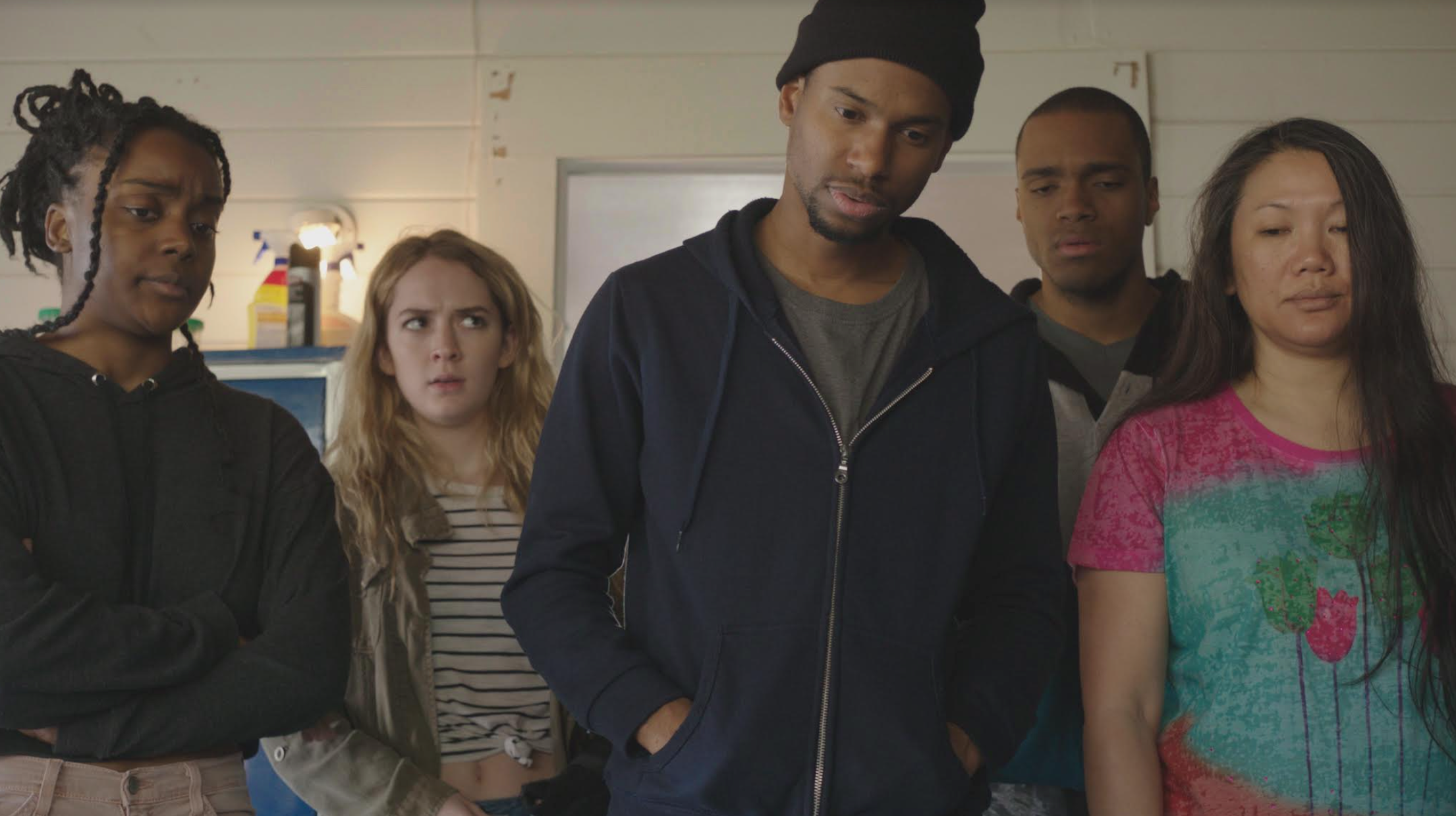 I often meet filmmakers who try to read and research a subject to tell a certain type of story, contriving a love story or trope/message into a set genre. But last night at Dances With Films 2021, I saw two features back to back that were deeply autobiographical, so much so that I was swept

I often meet filmmakers who try to read and research a subject to tell a certain type of story, contriving a love story or trope/message into a set genre. But last night at Dances With Films 2021, I saw two features back to back that were deeply autobiographical, so much so that I was swept away more than I had been in a long time, to a surprising new secret place. I was transported to an intimate moment where no one could research themselves into – the filmmakers held my hand and took me for a walk into their pain. It was beyond rewarding.

ADDICT NAMED HAL and MY FIONA followed young characters suffering from grief as their primary traumatic catalyst into life-altering bad choices. Read about MY FIONA here, see my experience with ADDICT NAMED HAL below.

During the QnA at Dances With Films, writer/director Lane Michael Stanley and producer Lowell D. Blank detailed out their journey from the play, to the short film, to crowdfunding the feature. Their ever present goal being to tell the story of a young grieving alcoholic and her journey from wanting to needing sobriety. This rock bottom event catches us off-guard. The audience could be lulled into a rom com of sorts before realizing why the characters are all here in a halfway house trying to keep moving forward. We are brought into their world with grounded and truthful house culture, attending a meeting with background players feeding the scene their true-to-life experience, and intimate moments that only the broken have experienced first-hand. We are dropped into a moment in an addict’s journey where a snow-ball relapse can ruin a life or even take a life. Death is behind every corner in the world of addiction. Every day is a new day until it isn’t.

We spend a good portion of our time early in the movie following Donato De Luca as “Rich” and falling for his desirable dependability, his Fatherhood that drives him to stay sober and take care of his housemates. The actor is sincere, easy to watch, and someone we want to see more but ultimately experience less throughout the movie. His character is eventually unveiled to us at just the right moment where he makes the difficult and telling choice of extending the hardest “second chance” he may have ever given out as he, himself, is as human as everyone around him.

We mainly follow Natalie L’Amoreaux as “Amy” as she experiences the difference between culturally labelled alcoholism and the true life as an addict. Her grief is the gateway and her recklessness knows no end. The actress chooses the positive, naive-seeming, and flippantly flirty route through her comparatively privileged first-timer attempt at sobriety. She successfully pushes away the visible problem, masking that I’ve seen over and over in my own life. Her character is closely tied to the writer/director’s authentic loss and grief expressed in alcoholism and the journey that led to their 5 years sober announcement at the QnA, an emotional happy ending we were offered after the film.

Let’s talk about Hal. Ray Roberts as “Hal” is a cross between Dave Chappelle (which I imagine he gets ALL THE TIME), LaKeith Stanfield, and the charismatic energy of Damon Wayans Jr.. His character puts on a responsible, caring, and Southern good-ol’-boy face in response to showing up at this sober house for the umpteenth time. His personality shines brighter than his sad story and thus we are rooting for his final visit – the hope of the last relapse and jail stint on his record. This actor is energetic, inviting, and we fall in love. Hard. Watching his rock bottom is devastating, pulling no punches.

The hardest moment to watch that I can say without spoiling the movie is when Hal walks into his friendly and beloved convenience store only to bring the most menacing version of himself – visibly and purposefully disappointing and terrorizing people who genuinely cared for him and his journey. He is torn DURING his downfall and we want so much more for him, we want to yell for him to stop, we want to help. But we must watch helpless and betrayed.

The actors made this movie. Performances from the rest of the house were similarly captivating and revealing about the world. But the lack of a full budget distracted from and pulled us out of the story more often than I could ignore. The handheld approach served the film, but that decision proved to be too heavy handed, missing the true energy of Hal knowing his energetic movement would take him too far out of comfortable framing and focus to capture him well. The careful close ups and care with key moments let us know that the team was capable with intimacy but lacked the moment-to-moment storytelling ease with the medium-to-wide multiple body moments. Having several people in a space happened quite a bit and those ins and outs felt just awkward enough to stop the flow. The make-up was distracting, the sound was distracting, and some dialogue was not well supported. BUT that is just a signifier of early experience and less-than-desired funding. I would never hold it against a team or a story that I can see the wires. This is why you want to go to film festivals. I won’t always click on something from home that I don’t know and a distributor might not always garner placement for what a story deserves, but at indie film festivals like Dances With Films, I will see quality and impactful artwork that deserves the stage. I’ll be thinking about this one for years to come.

Filmmaking can be a business, a sport, an experiment, and/or a mile in another person’s shoes. As long as I get to walk with writer/director Lane Michael Stanley, I trust that it’ll be a memorable experience. Kudos to the team and keep an eye out for these actors you’re bound to see in many leading roles to come.

Keep up to date for release info here: