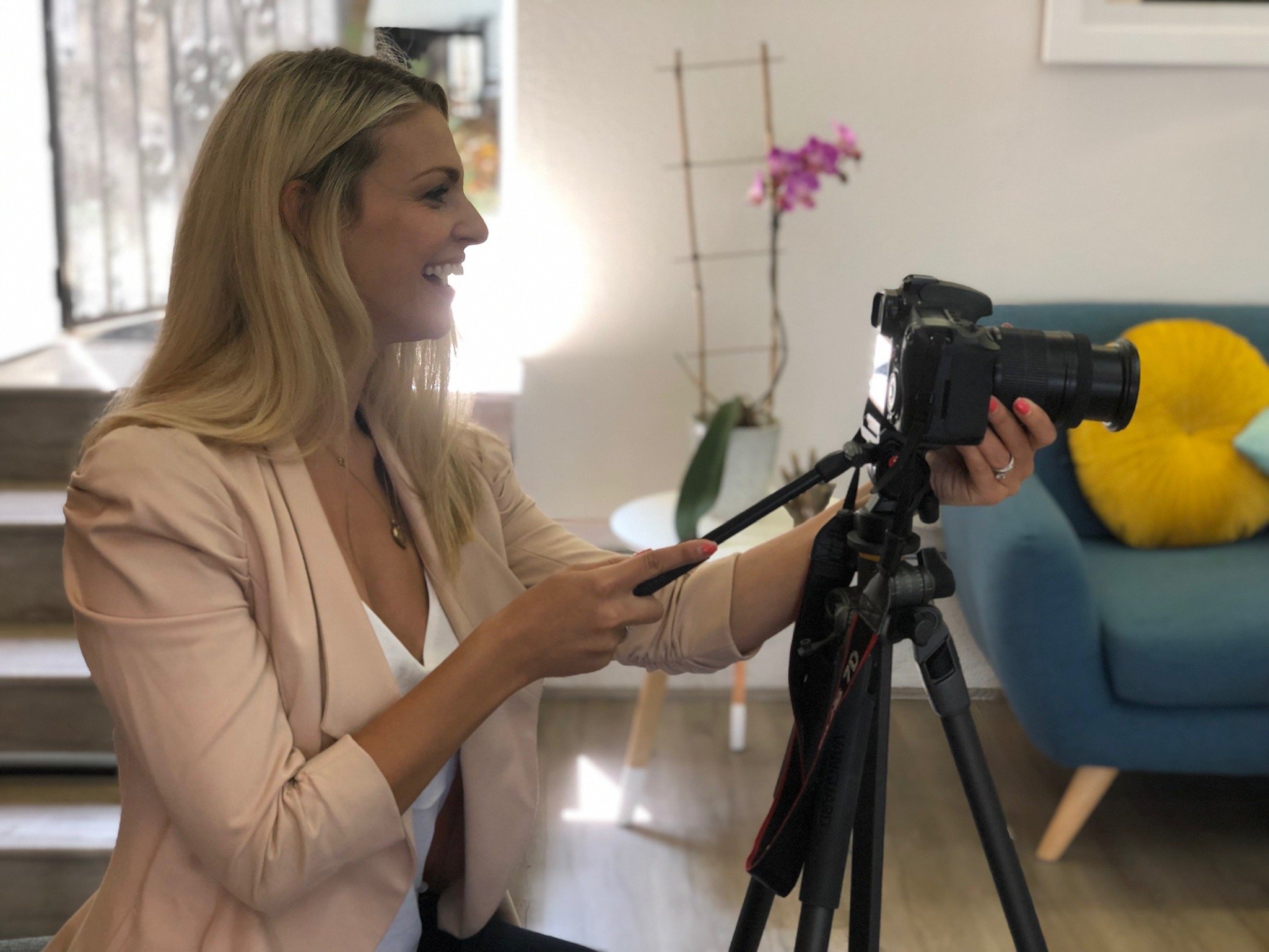 I met Murisa Harba at Salute your Shorts Film Festival in Los Angeles where we talked over her most recent role THE GOLDFISH that was playing at the fest. I asked the Award Winning Actress-Director, Author and leading Acting Coach about her upcoming book.

Murisa Harba: “When I landed here in LA, I searched for an acting studio to really get messy and try new things in the name of growth and didn’t really find one. That led me to create About The Work Actors Studio on the premise that actors should have a safe place to take massive risks in their craft.  I am extremely passionate about empowering actors to elevate their truth in storytelling, ultimately unlocking their creative genius, not only for them but for me too.”

As an actor in LA, myself, I was drawn to this idea. I absolutely LOVE getting to play and experiment in ways that don’t feel welcome elsewhere.

Murisa Harba: “I had begun playing around with this new idea of harnessing qualities of energy in specific ways to create compelling characters with my students and my signature technique The Chakra Approach® was born. I used this approach to begin every class and I loved that it attracted actors who yearned to stretch out of their comfort zones, just like myself.  Because the work that we do is so incredibly personal and transformational, we have a ‘leave your ego at the door’ policy so every artist feels safe to push their own boundaries and like others, I was in absolute heaven in this kind of nurturing creative sanctuary.“

Murisa Harba: “I had begun writing Acting With Energy back in 2013 and then as everyone experiences, life happened. I was invited to climb Kilimanjaro with some friends and my boyfriend Bill and after a treacherous 7 day climb to 19,340 ft, Bill became my fiance as he proposed at 6am at the top of the world’s 4th tallest summit! It was a whirlwind from then on… wedding, honeymoon, then buying our first home. Soon after that, my first son Johnny was on the way and we became parents. I shot a few features and directed and choreographed a slew of projects during this time, including The Shattering, of which I won 4 ‘Best Actress in a Feature’ awards at various film festivals (using my technique from the book!).”

Murisa Harba: “In 2018, I signed a lease on my very own studio space in East Hollywood and led massive renovations for About The Work‘s Grand Opening! My technique became a registered trademark and our curriculum expanded into a conservatory style mentorship program. Our studio team and student body grew as a result and soon after I was expecting my second son Jimmy. We moved one more time and then…the Pandemic happened. I pivoted the studio online within a week and then gave birth in a very scary world at the height of the first wave.”

Murisa Harba: “By September of 2020, we were welcoming international students with our worldwide webinars educating actors on our signature techniques and our  ATW community now spans four different countries! I kept my head down and focused. Life = My family, my studio and this book, which I poured my entire heart into. I truly believe it has the power to help so many people because of the awareness it brings to the human condition. Beyond helping actors nail their auditions and performances, my hope is that the level of emotional and physical intelligence uncovered in this book will reach every artist and human being who is yearning for this level of depth and detail to their artistry, relationships and human connection. This stuff has changed my life. I used this exact technique in The Shattering which ironically just hit @amazonprimevideo this past week.”

As a parent in the industry, it is incredibly difficult to find the time to continue the good creative work at the level we all desire. But, as every parent in my life can attest, it always happens because the motivation is higher and the inspiration is on fire!

Murisa Harba: “Even though I am an insanely busy mother of 2 and also run 2 businesses (Take My Lead LA Ballroom Studio), I made the time to get this book done. I wrote so much of it literally on my phone on flights with both Jimmy and Johnny asleep on my lap. You do what you need to do. Anyway, there are those out there that put limits on your potential. I want to be one of those that LIBERATES your potential. I am so very proud of this book as it has been, and always will be, my life’s work. Last year I gave myself a deadline of my birthday (August  31st) in 2021 to go on pre-sale and I’m proud to share that I reached my goal! Acting With Energy is on all major platforms available for purchase!  Thanks for reading and if this speaks to you, go order your copy on Amazon!”

Acting With Energy: Creating Repeatable Brilliance Take After Take is available on pre-sale NOW on all major platforms

Murisa Harba: “I had the immense pleasure of developing my techniques over the last 10 years at my studio and the Sag-Aftra Conservatory with courageous artists who I am lucky enough to call my students. My ATWFAM is one of the most caring, bold, and passionate groups of actors that I have ever worked with. I pinch myself daily because I get to do what I love; collaborating with them to challenge the status quo in our collective pursuit of uniting the world through story. The discipline cultivated from writing this book (over 10 years!) is a major skill that I will use in my second book with my other signature technique The Macro Method. Back to the writing cave!”