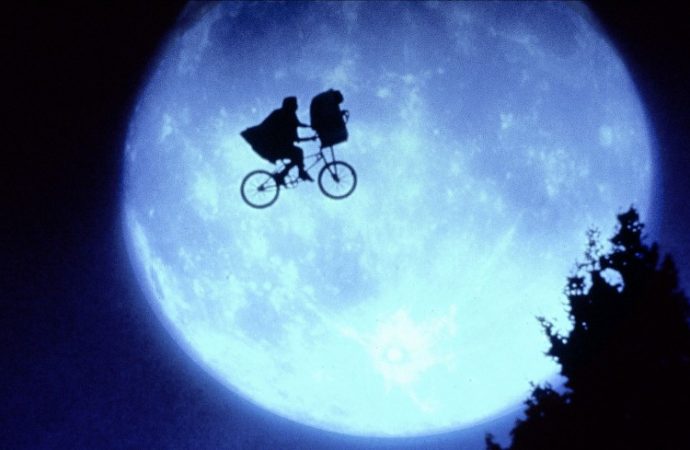 Kathleen Kennedy is an outstanding movie producer, and aspiring producers can learn lessons of hard work, courage, and critical thinking from her life.

Kennedy began her film career in 1977 as a secretary for John Milius. At the time, Milius was executive producing Steven Spielberg’s movie 1941 (Del Barco). Spielberg was dazzled by Kennedy’s administering abilities and hired her as his secretary (Del Barco). Kennedy became Spielberg’s associate on the film Raiders of the Lost Ark, where she and Frank Marshall were put in charge of the storyboards (Del Barco). In her next film, Poltergeist, Spielberg promoted Kennedy to associate producer (KennedyMarshall.com). Shortly after that, Spielberg made Kennedy a full-fledged producer on the critical and box office success E.T. The Extra-Terrestrial (Ellison).

In 1982 Kennedy founded Amblin Entertainment with Steven Spielberg and Frank Marshall (KennedyMarshall.com). Amblin Entertainment would go on to make such films as the Jurassic Park series, the Back to the Future trilogy, and The Color Purple. In 1992, Kennedy and Marshall formed their own company Kennedy/Marshall, and went on to produce successful films such as The Sixth Sense, Signs, The Bourne Identity, and Seabiscuit. In 2012, George Lucas handpicked Kennedy to replace him as the head of Lucasfilm, which includes the Star Wars franchise, the visual effects company Industrial Light & Magic, and the post-production facility Skywalker Ranch (Del Barco). Kennedy continues to stay busy. Lucasfilm extended her contract as President through 2024. In addition, she is involved with the production of modern Star Wars movies and tv shows as well as other projects such as Indiana Jones 5.

Kennedy is a prolific film producer who has produced or executive produced over 70 feature films, which have amassed 120 Oscar Nominations and 25 wins (Lucasfilm.com). She has produced movies for a wide array of directors, including David Fincher, Martin Scorsese, Clint Eastwood, and many others. She has personally been nominated eight times for an Academy Award and recently received the 2018 Irving G. Thalberg Memorial Award. The Academy awards this honor to “creative producers whose bodies of work reflect a consistently high quality of motion picture production” (oscars.org). In 2022, the Producers Guild of America presented Kennedy with its highest honor, The Milestone Award.

Those who have worked with Kennedy speak highly of her competent leadership. Acclaimed actress, Cate Blanchett, compared Kennedy to a water diviner saying, “She knows instinctively where to put her energies” (Ellison). This is a skill I’d like to hone. Producers have to juggle many tasks, and it would be beneficial to know what to focus on because they can’t focus on everything. Josh Lowden, the general manager of Skywalker Sound, has said that Kennedy is able to get directors and other film executives to move their focus to what is important without giving a direct order (Ellison). This is an excellent skill for a producer because it’s beneficial to get the job done without crushing someone’s ego.

Lawrence Kasden, the screenwriter of Raiders of the Lost Ark, said it’s not simple producing Spielberg’s films, but described Kennedy as “a genius at handling people” (Del Barco). Kasden went on to say this was how she went from being Spielberg’s assistant to his producer so quickly (Del Barco). Spielberg has characterized Kennedy as brave, skilled at mediating conflicts, and an instinctive leader (Del Barco). Harrison Ford would agree, “she’s tough, so she can both take it and dish it out” (Ellison). A producer’s job is to handle problems head-on. They cannot be conflict avoidant. Kennedy knows how to get what she wants without stepping on toes or being bulldozed by other people.

Many people credit Kennedy with being a great problem solver. Spielberg has said Kennedy can put out fires before he even knows they are there (Del Barco). That is a huge success as a producer because the last thing a producer wants is to bother the already busy director. To add to her problem-solving abilities, Lowden has said Kennedy is always three steps ahead (Ellison). While filming The Force Awakens, a set-piece fell on Harrison Ford and broke a bone in his left leg. The hospital he was rushed to did not have a bathroom in his room, and it was far from London. Kennedy was able to get Ford moved to a hospital closer to London, the King Edward VII Hospital, which cares for the Royal Family (Ellison). This seems like something only Kennedy could pull off.

Kennedy has experienced some failures as well. Spielberg says when he first hired Kennedy, she was terrible at note-taking but was good at interrupting and pitching good ideas (Del Barco). This failure turned into a success because Spielberg soon put her ideas to use, having her oversee the storyboards for Raiders of the Lost Ark (Del Barco).

Another small failure would be the mixed reviews and creative disagreements of the Star Wars sequels (Episodes 7, 8, and 9) she produced from 2015 to 2019. While all movies were box office smash hits, there have been critics of the films’ creative choices. Marcia Lucas, the editor of the original Star Wars trilogy and ex-wife of George Lucas, said: “[Kennedy and J.J. Abrams] don’t get the Jedi Story. [They] don’t get the magic of Star Wars.” (Moreau). Mark Hamill, who has played Luke Skywalker since 1977 in the films, has shared that he had creative clashes with the writer and director of Episode 8 (Chuba). George Lucas also said he felt betrayed by Disney for not using his story outlines for the new Star Wars sequels (Miller). Kennedy was integral to those decisions. Bob Iger, the CEO of Disney at the time, has shared that Kennedy, J.J. Abrams (Director), Alan Horn (Disney CCO), and Iger had considered the course they wanted to take these movies, and they all agreed it wasn’t what George had in mind (Miller). Creative challenges notwithstanding, Star Wars episodes 7 and 8 are the highest-grossing Star Wars films.

Another flaw of Kennedy’s would be the box office bomb Solo: A Star Wars Story. Halfway through filming the Solo movie, Kennedy fired directors Phil Lord and Chris Miller. The new director, Ron Howard, had to reshoot a significant portion of the film, costing the production more time and money. This is something a producer should avoid. Solo would go on to be a box office flop compared to the other Star War films produced by Disney. Solo cost $250 million to film (Tapley) and only made $392 million at the box office (boxofficemojo.com).

Overall, Kennedy is one of the best producers currently working. Her ability to learn quickly, adapt to new obstacles, swiftly solve problems, and lead intuitively is extraordinary. She started as a secretary and quickly climbed the ranks to become a top producer. Kennedy is at the height of her career, sitting atop one of the biggest entertainment companies in Hollywood, managing one of the biggest movie franchises. She seems to be extremely hard-working, organized, creative, and resilient.

One of the best skills Kennedy has that a hopeful producer should desire to gain is knowing when to worry about something and when to let go. Kennedy credits this talent to her 30-plus years of experience in the film industry (Ellison). When making a movie, there are so many issues for a producer to worry about, so knowing which ones to let go of will save them energy and stress.

Kennedy’s career shows someone not afraid to take on a new challenge. Even though producing is a daunting task, she leaned into it. Kennedy admits to having no idea what she was doing while producing her first film, E.T. (Ellison). She recalls feeling “overwhelmed” and physically sick (Ellison). But, she was able to overcome it all and not back down. A would-be producer should have the same courage to say yes to new and challenging opportunities for themselves. They also could mirror their career to Kennedy’s by getting good at problem-solving in out-of-the-box ways. While filming Jurassic Park in Kauai, Hawaii, the island was hit by a massive hurricane. Kennedy managed to get the crew off the island safely using the services of an airplane pilot she had worked with previously on Raiders of the Lost Ark (“Jurassic Park” 31:13). A producer like Kennedy would make a crew feel like they were in good hands. That is something an aspiring producer should try to emulate.