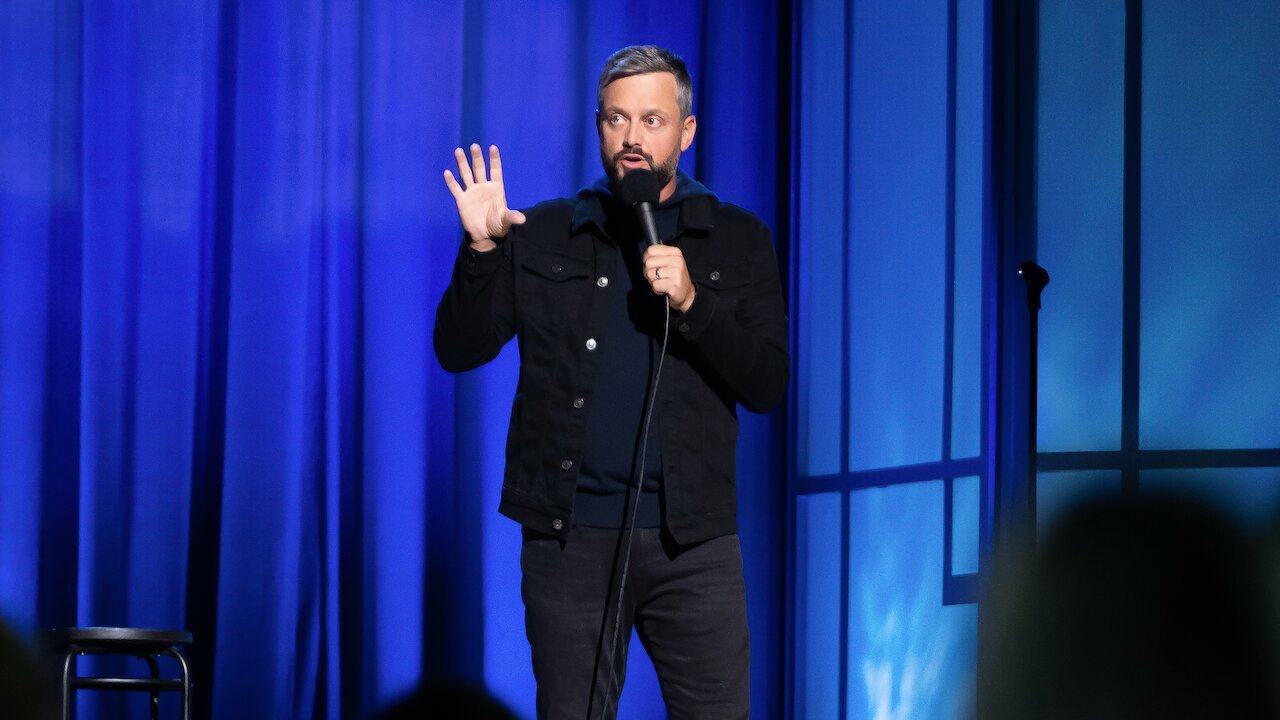 AND AND AND you can watch it in front of the kids! I grew up on family-safe comedy specials. I cannot get enough of this one. But you wouldn’t know it unless you noticed the TV-G rating before you press start.

I’m a HUGE stand-up comedy fan. I will choose stand-up specials over scripted TV every single damn time. When my husband is out of town and the kids are asleep, I put on stand-up comedy. I won’t waste my time watching a full special that isn’t funny, so you can trust me on this: Nate Bargatze‘s newest special is worth the time.

Wait, who is that guy?

Nate Bargatze is The Greatest Average American, you know him from Nate Bargatze: The Tennessee Kid in 2019 (the iced coffee and milk bit) which feels like a million years ago now. My first sighting of him was from Laugh Factory between 2012-2018 and then The Standups in 2017. Maybe you know him from Jimmy Fallon’s “Clean Cut Comedy Tour” in 2013 or his first album, Yelled at by a Clown in 2014, which made it onto the Billboard Top Ten Comedy Charts for two weeks.

He’s a slow talking, casual, self-deprecating, Man-child with an unapologetically base perspective with the MOST lovable and easy-going attitude. This is praise, not an insult, I like him. So casual that you could talk right over him in a live comedy show – likely not realizing he’s actually doing comedy up there. And he’s just so darn smart and funny.

But he cannot let go of the helicopters flying over the open-air show in Los Angeles while his special is being taped. He points it out constantly. He’s not a city boy.

Ok, done with all that intro, how do I watch it?

If my favorite comic in the world reads this, I’m so sorry Mr Mulaney. But I miss your stand-up. I challenge you to blow this special out of the water. Right now. I Miss You.