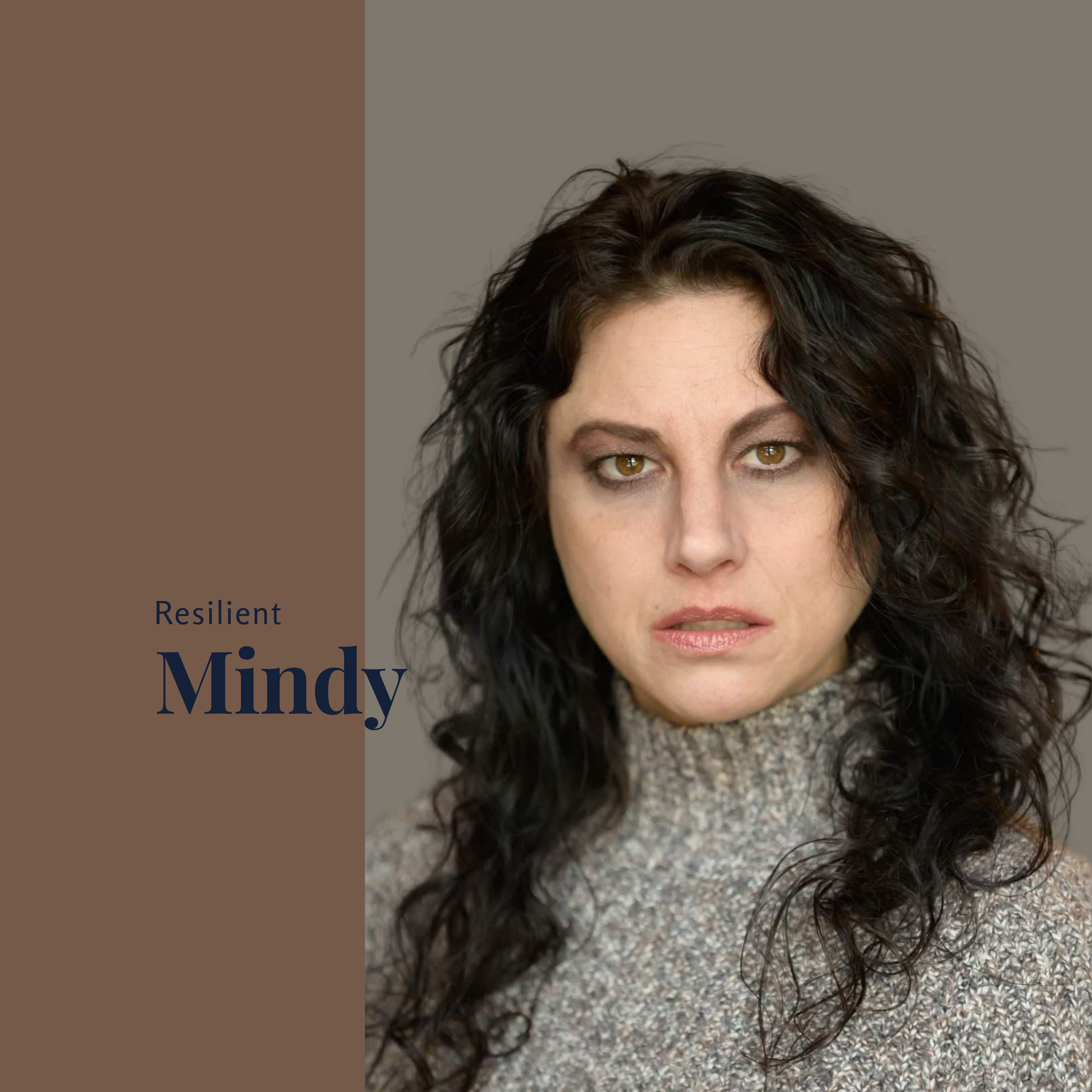 An Interview by Michael Lee Simpson

The magic of creativity exists in all types of people from all walks of life. Some know from a young age they want to be artists in the film industry, others realize it later on after significant life experiences. This is the case of Mindy Dougherty. Four days after graduating from Antioch High School, and shortly after she won Miss San Francisco Bay Teen USA, Mindy decided to join the United States Army, and was stationed first in Germany. She served as a combat field medic. While serving in Germany, she was deployed to Tazar, Hungary, then Tuzla West, Bosnia. Mindy contracted a parasite while there and became sick with both appendicitis and pancreatitis at the same time and had to be evacuated back to Germany. She had her appendix taken out then her gallbladder later when she returned to her new duty station in the MEDDAC Unit at Fort Carson, CO, where she was appointed, elected, then re-elected by her peers to represent over 5,000 soldiers. She was sent to Washington DC, serving as their voice as she strove to make a difference for current and future soldiers.

After receiving her honorable discharge and garnering a BSN from the University of Colorado at Anschutz in Denver, she was a trauma nurse and then an interventional radiology nurse who specialized in pain control, and post anesthesia care. She has since studied the ancient art of Watsu (water-based Shiatsu massage) which led to her nickname of “Water Gypsy,” shortened for “wtrgpsy.” Having her work published in medical journals for the research she has done with diabetes to help veterans obtain better care in the VA Medical systems demonstrated a writing talent that would bear fruit when she wrote her memoir, Mindy’s Fight, then A Resilient Warrior, which details her health issues as well as struggles with domestic violence, sexual abuse, incest, and medical abuse at the VA Hospital in San Antonio, Texas. Her writing skills have also helped Dougherty with her burgeoning acting career (watch for her in Bridge of the Doomed: which us due out in October, 2021) and also with her latest venture—a program called Feed My City (www.feedmycity.net) that has helped many other Veterans and others deal with trauma through the restorative and sustaining practice of gardening. Read our interview with Mindy.

Michael Lee Simpson: When did you first realize you had a creative side that you wanted to explore?

Mindy Dougherty: I realized in 2017 I wanted to explore acting as a way to release emotions from past traumas and a friend of mine recommended an improvisation class to learn how to manage more emotions than being numb and angry, so I took the class, and loved everything about it. My teacher retired, so I ventured into other classes and realized it was so fun that I may want to get involved in films.

Michael Lee Simpson: Tell us about your book, A Resilient Warrior.

Mindy Dougherty: I am a United States Army Veteran and the book is an autobiography about my life. It is about having a warrior spirit that will capture your attention. The resiliency and strength embodied while overcoming childhood abuse, PTSD, and more medical adversities than one can imagine will inspire you. Navigating a lifetime of trauma could leave a person bitter and hateful, but I took a completely different approach. I use comedy, gratitude, and gardening to influence healing for myself and others. My garden, known as Feed My City, promotes healing, growth, and health for those who may be fighting their own battle for survival. It creates hope and inspiration to those struggling with anxiety, depression, Post Traumatic Stress Disorder, and other medical issues. All which pertains to veterans especially those who have served in combat areas.

Michael Lee Simpson: How has being a veteran influenced the way you approach writing?

Mindy Dougherty: As a veteran I saw that this underserved community needed a voice, and feel that since I have overcome so many adversities with the medical system and the way it is structured currently has allowed me to realize it takes perseverance and strength to look forward to. Since being a veteran and writing about my own stories, it has helped inspire those who have had similar issues to see that there is hope and can be healed one day. While being in the military I represented 5,137 soldiers which has taught me leadership and teamwork and has helped me with my companies.

Michael Lee Simpson: What creative ventures do you have in the works?

Mindy Dougherty: I am working on a new slate of films as well as TV series to inform others and influence people to make better decision about their lives.

Michael Lee Simpson: What do you foresee in the future?

Mindy Dougherty: I foresee our company helping those who are in need of growth within their communities in regard to Feed My City which I created to help people learn how to use gardening to help with healing. I foresee us having a farm that will help the environment and our company growing into a division that will also use video games to help entertain and give back to the community.

Michael Lee Simpson is a multi award-winning writer with top accolades in the entertainment industry. He won the Austin Film Festival and Worldfest Houston, and for two consecutive years achieved top 10% standings in the Academy Nicholl Fellowships in Screenwriting. He is an optioned screenwriter, script consultant, content writer, copywriter, ghostwriter and published author. He is a contributing writer for Creative Screenwriting Magazine, Script Magazine, served as a magazine editor and was a film critic for The Kansas City Star. He graduated from the University of Kansas with degrees in English and Film, and was born and raised in Kansas City.