Reviewing Movies Like it’s 1999: 10 THINGS I HATE ABOUT YOU and CRUEL INTENTIONS 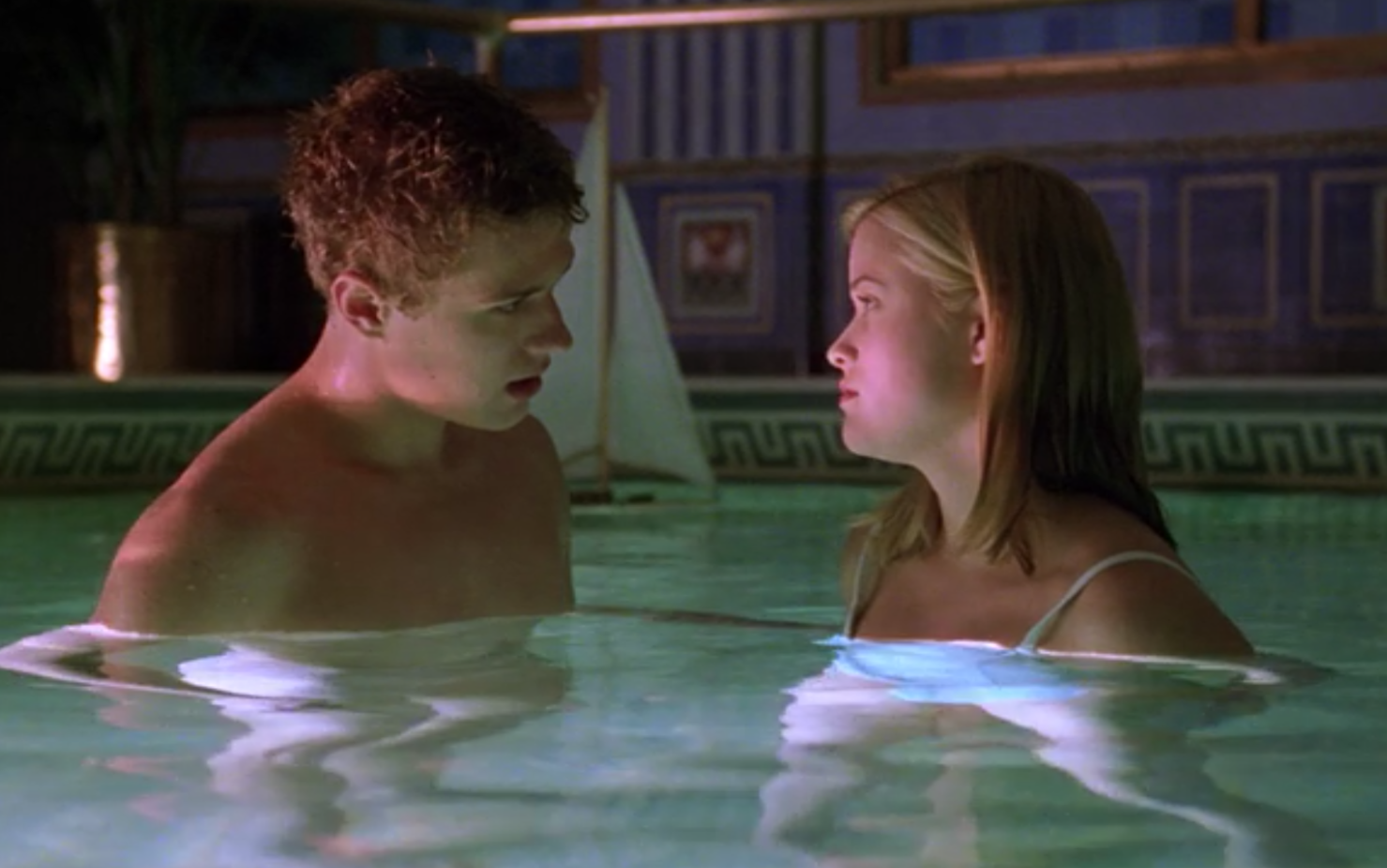 The fun thing about doing these ‘deep dive’ film explorations on specific eras/ topics is that you end up discovering “connections” between the movies which then gives a snapshot into the culture/ time in which the films were released.  It also shows that film making is often reactionary. You can clearly see which perceived successes from a few years prior the studio execs were chasing and attempting to “reverse engineer” into another hit- often to middling results.  But hey- that’s Hollywood for ya.  This is pretty evident with two films released in March of ’99, 10 Things I Hate About You and Cruel Intentions.

As I discussed in my Reviewing Movies Like it’s 1999 columns for She’s All That/ Varsity Blues and Jawbreaker, ’99 was a peak year both creatively and financially for the 90s “teen-sploitation” cycle.  The general formula for the “teen- sploitation” flick was to pluck rising young stars from the WB (kids know it as the CW) and Fox television shows and cast them in modestly-budgeted horror and/or raunchy/ romantic comedies that would make a mint in box office and video rentals.  With the trend that more or less kicked off after the success of Clueless in ’95 (you can even credit flicks like the “MTV-ized” version of Romeo + Juliet in ’96), filmmakers got into the pattern of doing Cliff Notes style adaptations of classic literature “modernized” with teen characters and “high school drama” backdrops.  Clueless was based on Emma… fellow ’99 release She’s All That was structured off the Pygmalion/ My Fair Lady storyline… and today’s entries, 10 Things I Hate About You adapts Shakespeare’s Taming of the Shrew while Cruel Intentions cites the text of ‘Les Liaisons Dangereusess‘ (Dangerous Liaisons) for its inspiration.

Of the ’99 teen flicks I’ve watched so far this year, I think 10 Things probably holds up the best.  It still has its fair share of dated 90s fashion/ music and the usual Rom Com cliches, but it tells its story with grounded earnestness which carries through into the final product.  At the end of the day it’s still a “guy makes a bet to date a girl- guy unexpectedly ends up falling in love with said girl- but ‘oh no’ the girl finds out and blah blah blah- in the end they kiss/ embrace- music swells- the end.”  So basically the same plot as She’s All That released just a couple months prior.  However, the predictability of 10 Things is elevated by an especially charming, “before they blew up” cast, Julia Stiles taking on the “rebellious teen” (i.e. shrew), Joseph Gordon-Levitt cast as the suitor who wants to date Stiles’ popular sister, and the late, great Heath Ledger as the “bad boy” who ultimately “tames the shrew”.

The sexual politics of 10 Things “ages better” than its other teen movie counterparts because the “dated patriarchy” of the original text is effectively modernized.  Again, not to keep kicking She’s All That, which for the most part I thought was “fine” and entertaining enough, but the end of that film seemed to reaffirm the “boyfriend= fulfillment” tradition.  Which yes, is still basically the ending of Taming of the Shrew and thus 10 Things, but it feels like the filmmakers give Stiles’ character more choice/ personal growth to still “be herself” and in doing so she is able to accept the love of another person.  Not because society/ her parents beat it into her until she eventually “gives in”. 10 Things is a bit more progressive in that sense.

I also think the film balances the quirky, over the top humor with the heartfelt teen romance aspect pretty well.  Where in some other films of this era (gosh darn sorry- beating up on She’s All That again) those tones seem to be more clashing and forced.  Add that all together and there’s probably a reason why 10 Things (somewhat famously) opened in second place at the Box Office after The Matrix.  And anecdotally, I’ve encountered a lot of people who hold a certain regard for the film.  10 Things I Hate About You might surprisingly be one of the more underrated/ overlooked releases of “the best year in movies”.

A decade prior to the release of Cruel Intentions, the book/ play ‘Les liaisons dangereusess’ had a more faithful “Merchant Ivory” type of production in form of multi-Oscar winning/ nominated Dangerous Liaisons with “classy” actors like John Malkovich, Glenn Close, Michelle Phieffer in the primary roles.  So when it came to adapting “the indulgence of the depraved morals” of the French bourgeoisie to the “spoiled rich brats” of the Upper East Side, the filmmakers cast some of the eras top “heartthrobs” enter Sarah Michelle Gellar, Ryan Phillippe, and “rising star” Reese Witherspoon.  And as was tradition of films in the 80s/ 90s these “teens” were actually played by twenty-somethings so it makes all the “sexcapades” of the plot easier to take.  But Cruel Intentions still has a bit of a “creep factor” that puts a spotlight on the over sexualization of teens in pop culture during the later 90s and 00s. (#freebritney)  Its plot revolves around sexually corrupting innocent underclassmen (or women as it were), preaching to them about owning their sexuality, while at the same time using their awakenings to undermine them in the eyes of society.

Overall, Cruel Intentions seems like a worthy experiment as a producer/ creator. If you’re going to use the “90s teen movie formula” by rejiggering a work of classic literature, why not take it to the next level and adapt something that is as far removed from the traditional “teen movie” as possible? Typically teen movie plots were “coming of age” tales about “finding love” and/ or “getting laid”.  Cruel Intentions flips that script, instead telling a sordid tale about awful and jaded people using sex as a weapon to destroy the lives of others and eventually themselves.  It’s the same selling point of a trashy soap opera or erotic thriller/ borderline late-night Skinemax flick. For that, Cruel Intentions has “guilty pleasure” entertainment value but done on a classy Hollywood production budget.  There’s been a handful of times where a movie like this gets made and it’s always admirable when a piece of unadulterated sleaze slips out into mainstream. (I’m looking at you Wild Things and Poison Ivy.) In fact, these examples (including Cruel Intentions), would end up devolving into a series of “unrelated” direct-to-video/ cable sequels that were less slick with no major stars but much less apologetic in their taboo titillation.

Cruel Intentions always feels a bit “staged”- possibly due to the source material- as it basically takes place in a handful of upper class New York apartments.  And even though they aren’t actually teenagers, the young actors seem like they’re playing “dress up” and taking things a bit too seriously…. giving the whole movie a “questionable taste” high school production of ‘Dangerous Liaisons’ feel.  I wonder if Cruel Intentions would hold up a little better if it had a few more elements of camp or a “wink” at the audience that the whole thing is a bit silly.

Anyway- that’s it for this month- next time we’re doing what might be the quintessential release of ‘ 99- The Matrix… whoah indeed.