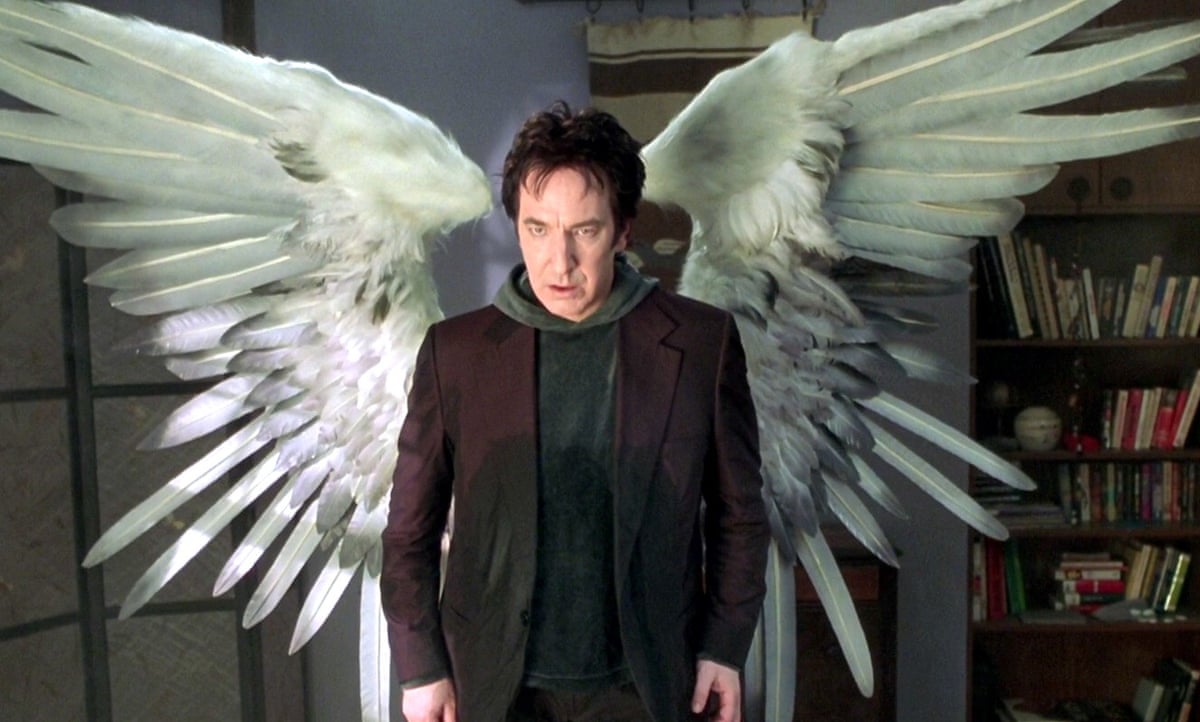 It has become fairly customary to crap on the films of Kevin Smith.  If you check out any film blogger/ review site or peep the comment sections of just about any article having to do with Smith and his projects you will see variations of “You know- I used to like his movies- but while I

It has become fairly customary to crap on the films of Kevin Smith.  If you check out any film blogger/ review site or peep the comment sections of just about any article having to do with Smith and his projects you will see variations of “You know- I used to like his movies- but while I grew up- he didn’t- so yada yada I don’t like his movies anymore and my opinion matters”.  And yeah- I do get a bit defensive because it’s disheartening to see so much negativity leveled at a director that has made a personal impression on my career and sensibilities as a filmmaker.  Granted- I can’t mount much of a defense for Cop Out or other such career lows (because Smith certainly has them).  But despite these disappointments I still root for the guy and at this point have committed to being a “Kevin Smith season ticket holder 4 life”.

This deep rooted endearment goes back to the late 80s/ early 90s indie film scene and the “Sundance brat pack” that included directors like Spike Lee, Steven Soderbergh, and Richard Linklater.  But for me. the holy trinity of these filmmakers that I followed/ studied and would duly inspire me to get into the biz are Quentin Tarantino (who’s Reservoir Dogs played at the ’92 Sundance), Robert Rodriguez (El Mariachi– also of the ’92 Sundance graduating class), and Smith (who debut Clerks was at the ’94 Sundance).  Tarantino is the head professor, serving as a life changing revelation on the possibilities of cinema and a gateway into a new world of cult/ obscure/ weirdo films.  Rodriguez gave the practical nuts and bolts and how-to inspiration.  Smith was the witty cool guy who you wanted to hang out and have a beer/ toke with. He also made it okay to be yourself.

Smith’s films created a hyper realized tableau of my generation- a bunch of foul-mouthed Gen Xer/ Millennial suburban kids hanging out in parking lots/ malls- speaking in stylized dialogue sprinkled with the pop culture ‘member berries’ of our youth.  In fact, Smith was a purveyor of this nostalgic drug that would create something of a rolling snowball effect and envelop the entire entertainment ecosystem (superheroes/ comic books- 80s movies/ TV/ cartoons and of course Star Wars).  But beyond the pop culture references, Smith found the voice of a generation that was born/ grew up in the 70s/ 80s and were just starting to find their way through life and love.  Clerks, Mallrats, and Chasing Amy showed a progression in these generational themes and they became staple VHS’ for many of a certain age.  In high school, I could watch this loosely connected “New Jersey trilogy” over and over- just to hang out with Smith and his goofball friends and vicariously go through their struggles and relate them to my own.  But for me, it was his fourth film Dogma that was Smith’s true breakthrough and today stands as a unique and original work of art.

Dogma (released November 12, 1999) takes the “stoner/ slacker” elements of his previous “20 something relationship dramedies” and applies them to a hero’s journey/ fantasy quest with a satire/ critique of Catholicism.  And if that sounds like a lot, and perhaps the movie’s ambition is bigger than its scope, then yeah, that’s pretty much the case.  But ultimately it all comes together in an endearing way with a (mostly) excellent cast selling the tonal shifts and ‘shit demon absurdities’ with a story that is an amazingly creative re-packaging of some epic storytelling tropes that have spoken to the drive and ambition of humanity since the dawn of time (from Homer’s The Odyssey- and Tolkien’s Lord of the Rings- to Lucas’ Star Wars).

Ben Affleck and Matt Damon play fallen renegade Angels who are exploiting a “loophole” to re-enter Heaven.  They are being manipulated by the demon Azrael (portrayed by pro skater turned actor and Smith regular, Jason Lee) who wants to use the fallen angels and the misguided Cardinal (George Carlin!) to go back on the word of God (Alanis Morrissette!) thus proving her fallible and negating all of existence in the process.  To save the known universe it is up to an always welcome Alan Rickman (filling the Obi Wan/ wise old man/ mentor slot) summoning a “chosen one” (Linda Fiorentino– unfortunately the weakest link in the film) who does the “call to adventure/ refusal” thing until she begins her journey to stop the “Good Will Hunting duo”. Along the way, she recruits some allies in her quest including the “13th Apostle” Chris Rock and muse-turned-stripper Salma Hayek (each of them doing the most charming version of “their thing”). And of course the “larger cinematic universe connecting” Jay and Silent Bob serving the R2D2 and C3PO roles.  That is quite a cast and they all pretty much nail it except for the aforementioned lost-at-sea Fiorentino.  Perhaps the biggest bummer ‘What if?” for the film is if Smith had been able to cast Janeane Garofalo in the role (Garofalo unfortunately had a sucky year because she was recast in Fight Club and relegated to a cameo in Dogma).  But the most joyous surprise of the film (is still) that despite all the movie stars and charismatic actors populating the screen it is friggin’ Jason Mewes who steals the movie.

So anyway, I think it’s safe to say that Dogma was a high point for Smith both critically and in public/ fanboy opinion.  Over the years he became less known for his films and he morphed into an influencer/ media personality/ talking head.  But despite this shift, he’s still been averaging a new movie every few years.  And you can argue there may be one too many revisits to the “View Askewniverse well” or the Cop Out / Yoga Hosers type derailments along the way.  But he’s also made some solid studio level comedies (Jersey Girl, Zack and Miri Make a Porno) that have maintained his singular voice.  And I think his diversions into socio political horror, Red State and Tusk, are interesting and underrated.

I guess what’s most disappointing to me about Smith’s career (and really who the hell am I to say because getting stuff made is hard and the dude has been hugely successful) is that Dogma was an effort that showed a deft balance of “goofy mythology taken seriously” and a sarcastic sense of humor- which is pretty much the template for Marvel and modern blockbusters.  It seems to me that Smith’s sensibilities would actually do well with a 200 million dollar tentpole.  Even if you say action is his weakest attribute most of that can be pre visualized/ shot second unit/ or composed by an army of CGI artists anyway.  But alas, maybe Smith is destined to make his own brand of movies with increasing inside jokes and meta narratives… which is fine.  And like I said, he’s a big reason why I wanted to make movies to begin with, so I’m going to be over here checking out his flicks/ podcasts/ He Man cartoons/ whatever.  But I’ll always wonder if Smith shoulda/ woulda/ coulda had a shot at big leagues.

Galaxy Quest (released Christmas Day in ’99) was at the time and even now something of a minor miracle.  The movie came out of nowhere and was mostly buried with the December “Oscar bait” offerings like Green Mile, Man on the Moon, Magnolia, and Angela’s Ashes.  But the flick managed to stick around in the weeks ahead generating decent if not exceptional theatrical business.  But the film’s reverence only grew from there, even being dubbed as one of the best Star Trek films at a number of conventions and fan sites (even though the film is a parody of the franchise).  Galaxy Quest was a delightful surprise and yet another cult classic from the “best year in movies” with its timeless blend of humor, likable characters, and rousing space adventure.

Dreamworks distributed the film and was the “new kid on the block”, a “dream team” of established Hollywood producers and deal makers trying to compete with the established studios (Warner Bros, Universal- Paramount et al).  The fledgling studio needed product fast to start filling the theatrical pipeline so apparently they were doing the modern equivalent of “Hi Netflix, you’re green lit” and making any buzzy or developed/ attached project that wasn’t tied up with a studio and therefore “available”.

And so Galaxy Quest got made thanks in part to its perfect “elevator pitch”- even if it’s all basically a re-heated version of Three Amigos:

What if an alien race took broadcasts of a chintzy science fiction tv show (*cough* Star Trek *cough*) as “historical fact” and patterned their whole culture and technology around it?  Then one day this gullible alien race is threatened by some evil militaristic aliens and face certain destruction.  So the “good aliens” go to Earth to recruit the heroes of the TV show who are of course just some has-been actors vegging off their past fame and participating in increasingly demeaning public appearances.  But now the crew/ actors are given a chance for personal redemption and they rise up to become “real heroes”.

The filmmaking is solid all around but much like Dogma a lot of what makes it click is the ensemble cast.  Alan Rickman is here again playing a self loathing Shakespearean trained actor that has his entire career tethered to a ridiculous catch phrase: “By Grabthar’s hammer, you shall be avenged.”  Which he later delivers to a dying comrade, this time personally connecting with the words in a touching dramatic grace that Rickman did so well (Rest in Power dear sir).  It makes me tear up right now just thinking about the scene.  Sigourney Weaver seems to be having the time of her life playing up the antithesis of her Ripley character from the Alien franchise.  And I’m not a huge Tim Allen fan but in Galaxy Quest he’s simply wonderful by tapping into both Captain Kirk-isms and the meathead space hero Buzz Lightyear from the Toy Story films (who Allen voiced).  And I don’t mean to overlook the likes of Sam Rockwell, Daryl Mitchell, and Justin Long (everyone in the film is great) but my “spirit animal” in Galaxy Quest is Tony Shalhoub playing the ship’s tech expert who has such a dialed in performance where he just accepts all the absurdities with this witty stoner demeanor that is both understated and downright hilarious.

Galaxy Quest impressively works on many levels, it’s a parody/ homage of the Star Trek franchise of course.  But it also serves as a love letter to both Trek and the science fiction genre and its loyal fandom.  Then on top of this it is a genuine sci fi adventure with real stakes and pathos and practical/ digital effects that are at the top tier level and still hold up today.  For me Galaxy Quest stands on the same plateau as Ghostbusters by being a pitch perfect blend of comedy and fantasy.  Which is a very tricky thing to pull off when you consider other such films as Evolution, Eight Legged Freaks, Frighteners…  or really any Ghostbuster sequel.  It is by far the best Sci fi space adventure film that came out in ’99 (eyeing you Phantom Menace) and it might very well be the best of its kind that has been made in the past few decades.

Alrighty- we’re getting close to the end my friends with this ‘Reviewing Movies like it’s 1999‘ column. Next time I’m checking out the “most” movies of ’99… Magnolia and Any Given Sunday.