Reviewing Movies Like it’s 1999: VARSITY BLUES and SHE’S ALL THAT 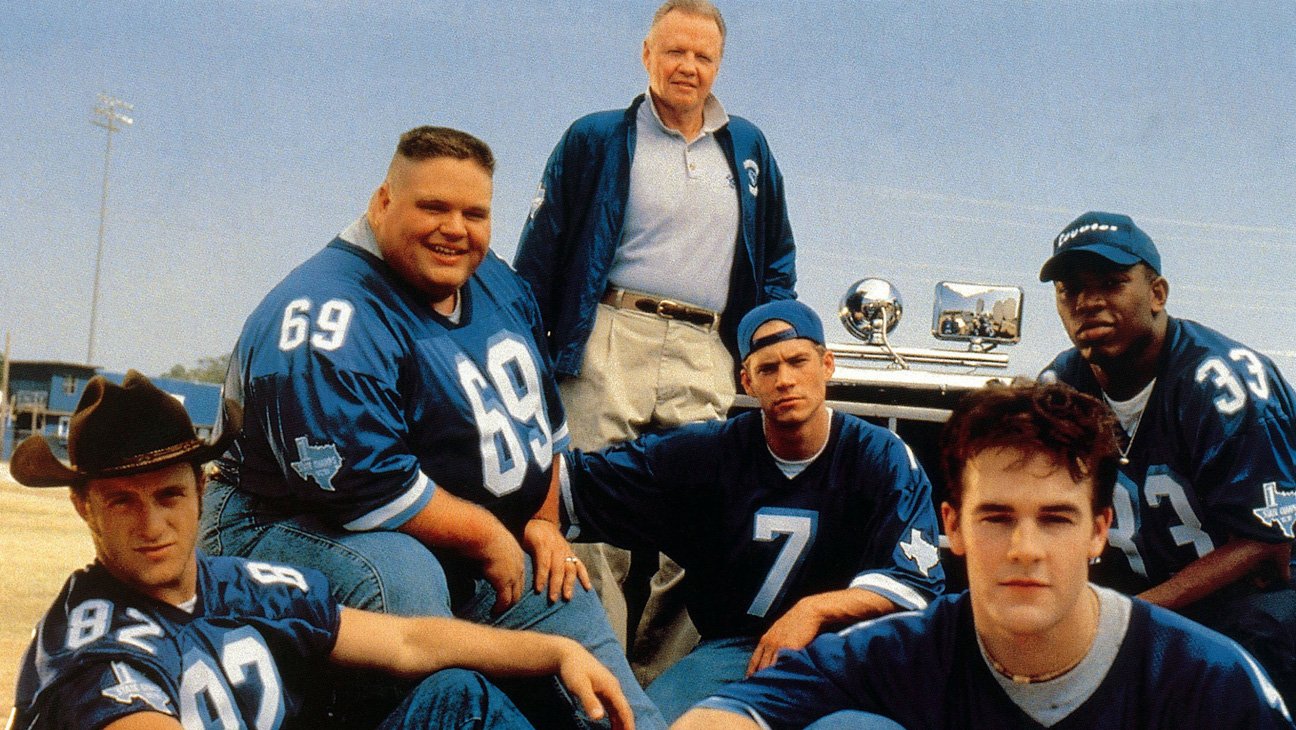 Welcome back to “Reviewing Movies like it’s 1999” wherein every month I will watch/ review flicks that were released in what is (arguably) considered the best year for mainstream movies.

Initially I set out to only watch Varsity Blues (released January 15, 1999) but while doing research on upcoming flicks to watch for January, I realized that She’s All That (released a couple weeks later on January 29) also featured a supporting role from the late Paul Walker (he plays the “star quarterback” in Varsity Blues and the “jerk friend who initiates the bet” in She’s All That). These roles came somewhere between Walker’s turn in the bug nuts Tammy & the T Rex and the “Energizer Bunny of action franchises” The Fast and the Furious so I figured ‘why the hell not?’ and paired them as a double feature.

It was also a fitting pairing because they belong to the sub genre described in Brian Raftery’s book “Best. Movie. Year. Ever.” as “90s teen-sploitation” flicks. These were movies greenlit by cigar chomping, out of touch (and in at least one case probably sexually harassing) studio execs who were trying to siphon some disposable income from those pesky “MTV and TRL” kids. You know… Generation X/ Y or whatever. This is readily apparent because Varsity Blues is straight up produced by MTV Films and Miramax’s She’s All That has Matthew Lillard playing a douchy self absorbed “celebrity” from The Real World.

From my vantage- the 90s “Teen-sploitation” cycle really kicked off in earnest after the success of Scream in ’96 with the typical formula being to pillage the cast from the primetime “teen soaps” on Fox and the CW (or the WB as it was known in the ye ol’ days) and plug them into modestly budgeted horror or raunchy/ romantic comedies. And to that degree ’99 was something of a peak year for the sub genre (both critically and financially) with releases such as 10 Things I Hate About You– Cruel Intentions– American Pie and of course the two flicks on the docket today.

Varsity Blues is a crowd pleasing “soap/ melodrama meets sports movie” that holds up surprisingly well. Detailing the senior year of second string quarterback Mr. Dawson’s Creek (James Van Der Beek) who is forced to step up after the season/ career ending injury of the star QB. Mr. Dawson’s Creek clashes with the abusive, tyrannical football coach and a bunch of parents and townsfolk who seriously need to get a life. All of which is set against the backdrop of the “so over the top and absurd that it’s hard to believe it’s real” Texas High School Football culture.

The movie has some decent performances, quirky characters, and a lot of entertaining moments, mostly entailing “football game montages” and various scenes of vicarious debauchery involving sex, drugs, and whipped cream bikinis. What I think helps the movie “stand out from its brethren” is that it subverts a number of the “football movie” tropes- whereas typically the focus of these stories is on the coach “leading the team to redemption or victory”- but in this case the coach is the antagonist so the teens have to fight/ play/ win/ and learn for themselves. The movie also seems to be fairly prescient by dealing with issues related to football injuries and how these students/ athletes are destroying their bodies for the “entertainment and glory of the adults”.

She’s All That is definitely a product of its time and in comparison is a fairly frothy/ light hearted rom-com romp.  Seemingly inspired by 95’s Clueless (which took Emma– a work of classic literature and applied the structure/ plot points to a modern teen comedy), She’s All That uses the Pygmalion/ My Fair Lady story as its basis.  The movie has a bit of “corporate engineering” vibe where disparate elements are added in an appeal to the desired “teen audience” such as casting a bunch of “likable IT actors of their time” like Freddie Prinze Jr., Rachael Leigh Cook, aforementioned Paul Walker, and random sprinklings of “musicians in minor roles” such as Usher and Lil Kim.  The soundtrack seems curated for the express purpose of slinging CDs at Sam Goody and most memorably there’s a non sequitur “flash mob” dance sequence cued to Fatboy Slim’s The Rockafeller Skank that my wife assures me is cribbed straight out of Footloose:

Of course the main aspect of this flick that doesn’t age well in our more “woke age” is the whole “girl with glasses and frazzled hair” putting on a dress/ contacts/ make up and suddenly becoming “attractive” and achieving the most important thing in life…  getting a boyfriend.  I think it’s safe to say that after Wonder Woman 1984 this trope needs to be put out to pasture (which is ironic because the first Wonder Women made a joke about how “putting on glasses suddenly doesn’t make Gal Gadot unattractive”… but I digress).  I’m not saying this “makeover” plot point can’t be used but at least the casting of obviously “very hot” people and the “nail on the head” costuming is tired and we as filmmakers should probably try a little harder.

A couple stray observations/ trivia I found while researching She’s All That: M. Night Shyamalan– the director of one of the biggest movies of ’99 Sixth Sense was under contract with Miramax and did some script polishing on this movie as a way to get out of said contract.  It was also the last film screened and reviewed by legendary critic Gene Siskel before his death… he gave it a positive write up.

So yeah- both of these “teen flicks” weren’t really my cup of joe and I barely watched them upon their initial release (I recognized scenes/ lines but I can’t tell if that’s through osmosis or if I did indeed watch parts of them at some point).  But it was cool to “catch up” on them in either case. I was surprised how much I ended up enjoying Varsity Blues and I could appreciate She’s All That for being a “late 90s time capsule” with the stacked cast/ soundtrack etc.

Stay tuned next time where I finish up the month with flicks that were “unceremoniously dumped by their studios in January because that’s what they do with movies they have little confidence in”.