Reviewing Movies Like it’s 1999: VIRGIN SUICIDES and THE LIMEY 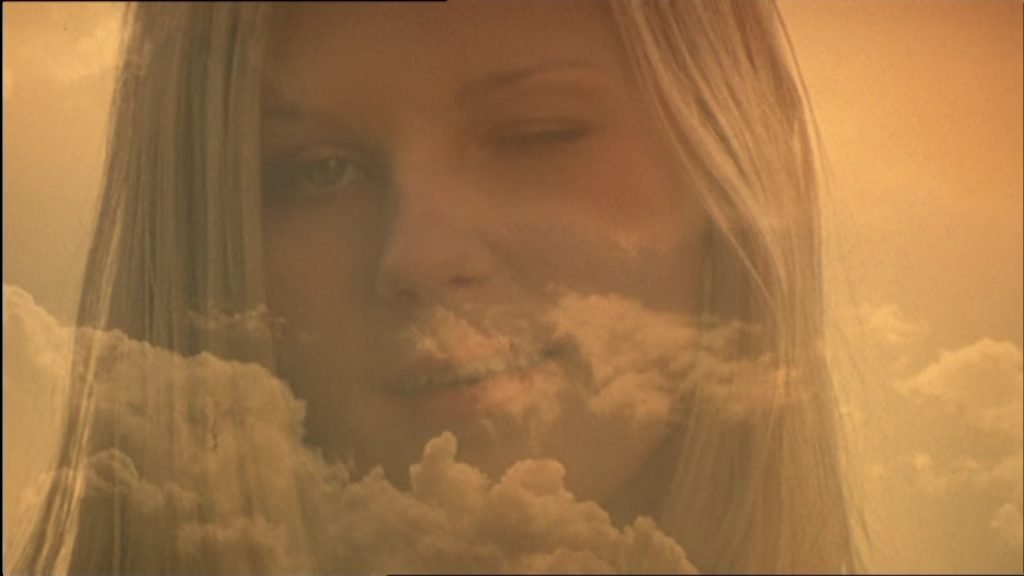 We’re closing out May with a Cannes ’99 round-up!

I’m just making it under the wire with this Reviewing Movies Like it’s 1999 column.  But truth be told, May ’99 was fairly light on major movie releases because The Phantom Menace (which I talked about last column) was expected to clear the table so the studios played it smart and got out of its way.  While folks in the States were going gaga for Star Wars, over in Europe they were getting all ‘high brow’ with the annual Cannes Film Festival which ran from May 12th- 23rd.  Ghost Dog: the Way of the Samurai was programmed at the festival and when I discussed it a few columns back I put in the disclaimer that even though the release year was ’99- the film wasn’t available to general audiences until a year later.  So I’m pulling a similar cheat with The Virgin Suicides, which had its premiere in Cannes, but actually wasn’t released until April of 2000.

Virgin Suicides is a beautifully lensed and melancholic tale of adolescence involving a seemingly perfect family and their five daughters who eventually all kill themselves.  Sofia Coppola‘s impressive directorial debut is a perfect “calling card” type movie that is also exemplary of the big wave of the “independent” movies that came out during the 90s.  These were films that would play at the Laemmle’s and were purchased at the major film festivals and released by the likes of Miramax, Fox Searchlight, etc.  Though “independent” they were actually decently budgeted and well produced “small movies” (by studio standards at least) which would then end up being acquired and released by the studios anyway (via their arthouse divisions) with the goal of latching onto a breakout hit or maybe some Oscar bait.  Coppola (coming from obvious filmmaking royalty) ropes in the likes of Kathleen Turner and James Woods to portray the parents of the ill fated daughters, Danny Devito and Scott Glenn show up in a couple “added value” scenes, and the film boosts a duo of breakout roles for the likes of Kirsten Dunst (transitioning from her “child actor” phase) and Josh Hartnett (who came on the scene with a couple teen scream flicks the prior year).

The movie is an interesting dissertation on the struggles of being female that is largely told through the perspective of the boys who obsess over and fetichize them.  With a voice over from you-don’t-recognize-him-until-you-look-it-up-on-iMDb Giovanni Ribisi, the whole thing plays like the world’s most depressing episode of Wonder Years.  On one hand, Virgin Suicides seems sweetly nostalgic for the concept of an idyllic American suburbia.  But like the tree outside of the family’s house the movie is showing what is seemingly “fine” on the outside is actually rotting away from the inside out.

The girls’ religious and overly oppressive parents are maybe well intentioned, but are also clearly destroying their children.  None of the adults in the neighborhood do anything to stop the slow moving train wreck that they see outside their windows.  The local news reporter wants to exploit their pain and the psychiatrist/ priest/ school just wants to sweep it all under the rug.    And though the boys in the neighborhood “love” the girls, they have no agency and all they can really do is put them on a pedestal and sexualize them.  But in a brilliant grace of subtlety, Coppola doesn’t portray anyone in this world as overtly “evil” or mean spirited towards the girls.  But they’re still “at fault” for their deaths all the same.  Such as when Hartnett leaves Dunst alone all night on the football field after having sex, the movie presents this act as the true tragedy of how society treats femininity.

In essence, we all want women to be “mothers and whores” and we expect them to be one of those two things no matter what they as an individual truly thinks/ feels/ dreams/ hopes/ wants out of life.  My interpretation of Virgin Suicides is that it’s a metaphor about how America treats women and how, by its very constructs, it can’t help but continually suppress and slowly “kill” their spirit.  At least that’s what I got out of the movie.  Coppola doesn’t seem to want to hammer home any overt message, instead she keeps the movie as an ethereal mystery that has a question at its core which can never be answered in any truly satisfying way.

I also carved out some time to check out another Cannes ’99 alum, and this flick actually did get a theatrical release on October 8th ’99, The Limey. It came at an interesting juncture in the career of Sundance wunderkind Steven Soderbergh (who arguably kick started the whole “90s independent film movement” via his debut Sex Lies and Videotape a decade prior.)  In ’98, he released the well received crime thriller Out of Sight which played in the sandbox of “post Pulp Fiction” genre tropes but also had a genuine heart for its characters.  Then after The Limey pit stop, Soderbergh would become perhaps one of the most consequential filmmakers of the early 00s with the triple whammy releases of Erin Brockovich, Traffic, and Ocean’s Eleven… which is a hell of a run for any filmmaker.

The Limey is ultimately a minor footnote in his career, but in many ways it is equally important because it represents the first time Soderbergh did an “experimental picture” between the bigger studio projects.  He would make some of these later “experiments” like Full Frontal, Bubble, Girlfriend Experience to test out new camera/ technology/ editing (even “alternative casting”) techniques and apply them to everything from the Ocean’s Eleven sequels to Magic Mike, Haywire, and Contagion.  Soderbergh is a fascinating filmmaker to follow because you can see the evolution of his voice and filmmaking tools from one picture to the next.

The Limey’s narrative is a no frills, stripped down, ‘lean and mean’ neo noir.  It doesn’t so much pay homage to the black and white films of the 40s, but is more of a rift on the 70s era interpretations of these hard boiled flicks like the Lee Marvin film Point Blank or even the French New Wave/ Jean Luc Godard deconstructions of the genre like Breathless.  The film is also one of the earlier examples of the modern phenomena of the “old man action movie” most popularized by Liam Neeson‘s output over the past decade but probably having its roots in Charles Bronson revenge flicks of the 70s/ 80s.  These are movies where a father hunts down his daughters killers/ rapists/ kidnappers and brings down some righteous justice even though they are eligible for the senior discount at IHOP.

So the movie is pretty straightforward, but Soderbergh’s treatment of the material is anything but- as he edits the film into a free flowing non linear mood piece.  He does this by using every editing trick in the book with scenes dissolving into the next with voice over and overlapping dialogue.  Some of the more expositional scenes he shoots with multiple set ups/ locations and then it’s all edited together so it plays like a flowing stream of memory.  It’s a unique and effective pacing technique that Soderbergh further refined with the cross cutting narratives of Traffic and Ocean’s Eleven.  Even more audacious, Soderbergh uses footage from a movie Terence Stamp did in the 60s called Poor Cow which he recontextualized as “flashbacks” for The Limey.  That’s right, Soderbergh sort of/ kind of invented the concept of “de-aging” an actor!  So yeah- overall I think The Limey is probably more of an interesting experiment than an actual entertaining movie.  And it’s especially fascinating in context of Soderbergh’s evolution as a filmmaker.  But the film on its own merit might be a little thin on substance and narrative.  However, at the time of its release, I recall The Limey being embraced as more daring/ unique and I think it has been quite influential on subsequent neo noir mood pieces like Drive and the aforementioned “old man action” movies.

That should wrap it up for today- next we’re getting to movies released in June of ’99- see you then!