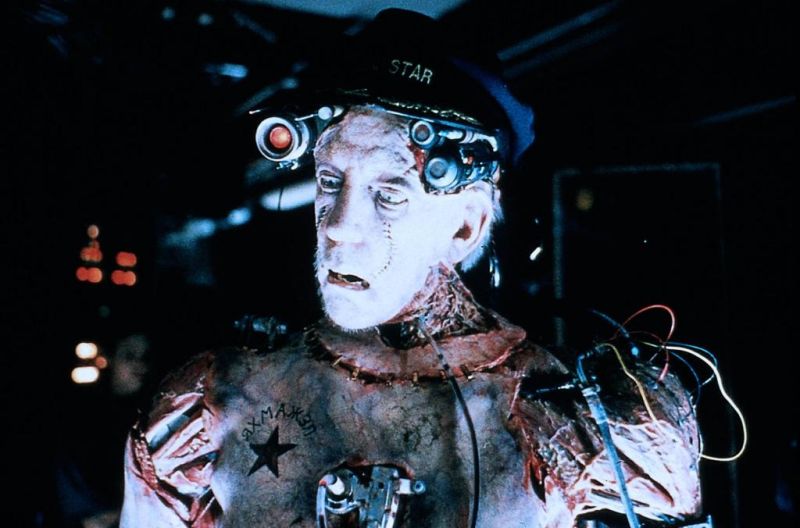 Welcome to another ‘Reviewing Movies Like it’s 1999’ installment where this round we’re talking about a couple movies that were unceremoniously dumped in January because that’s what studios do to movies they have little faith in.

In the movie biz, January, and sometimes by extension, February, is known as “dump month“- so named because it’s generally the time of year where movie attendance is low.  There are a number of factors that contribute to this; ranging from it being post-Award season (so studios don’t want to release their “prestige” pictures), the weather sucks, and folks are getting back to work/ school. And when audiences aren’t going to the movies as much as the Spring/ Summer/ Christmas months, the studios don’t want to release their high budget “tentpoles” either.  But at the end of the day, Hollywood still needs to release something even if it ends up being more or less a “write off.”  Thus January becomes a convenient way for studios to “dump” product that they deem to have little commercial viability.

“January Dump” movies can be “would be summer blockbusters” that didn’t make the cut because of poor test audience scores and/or tumultuous productions (think Dolittle or Monster Trucks) or lower budgeted action/ thriller/ horror titles that are designed to make most of their money on video/ cable/ VOD anyway so the theatrical release is more “advertising” for these later release windows or weird/ what-the-hell-were-they-thinking movies that somehow got greenlit by the “powers that be” but then had no idea how to market the damn things so the January release is effectively them “giving up” on it.

Movie nerds like myself scour each “January Dump” to find the next cult worthy gem. After all, that’s where you can get your “lean and mean” action thrillers, like those turned out by the current “King’s of January” Liam Neeson , the first Taken came out in January 2008 and even in COVID times there was the recent January ’21 dump of The Marksman, and Marky Mark , some of his January releases include Contraband, Broken City, and Patriot’s Day.  There’s also some of those “would be blockbusters” that become guilty pleasures like Hansel & Gretel: Witch Hunters and perhaps my favorite of the recent “January Dumps” is the WTF/ how-did-this-thing-get-made extravaganza Serenity, which I would describe as “Wild Things meets The Truman Show“… highly recommended btw.

At any rate, the “best year of movies” was no different as January 1999 was primarily headlined by a couple of teensploitation flicks (Varsity Blues and She’s All That- which I talked about in my last column) and this pair of genre releases; the sci fi/ horror/ monster romp Virus and the serial killer thriller In Dreams– both unceremoniously dumped on January 15th.

Virus has been described by its star Jamie Lee Curtis as “the biggest piece of shit” she’s ever been involved with.  I won’t take the time to test that sentiment against her filmography (cough- Halloween Resurrection– cough) but I would go ahead and say that might be a little harsh.  On one hand Virus is a pretty shameless xerox of the Alien/ Aliens concept with a dash of Terminator except that its set on “a ship and the high seas” (and makes for a good double feature with the aquatic/ monster flick Deep Rising from January ’98 for anyone interested).  But the concept of an alien virus making creatures out of machines and human parts lends to some creative visuals and the movie hits that “sweet spot” between “awesome 80s/90s practical effects” and the “CGI take over” of the 2000s.

The factoid I find most interesting about Virus is that it was produced by Dark Horse Comics who managed to successfully traverse the Hollywood studio system before the “comic book boom” with some genuine hits (e.g. Timecop and The Mask) and another ’99 flick that was a “before its time” superhero deconstruction (Mystery Men).  Even their “clunkers” like Dr. Giggles or Barb Wire have their defenders…  I’ve never met one personally but I’m sure they’re out there.  I think Dark Horse’s success at making “comic book movies before they were cool” is because they weren’t trying to make pure/ faithful interpretations but rather figuring out a way to get their properties to fit with what Hollywood was producing at the time.  So instead they made Van Damme sci fi/ action vehicles, Jim Carrey comedies, pun happy slashers villains like Freddy Krueger or Alien rip off’s… And good for them- that’s what I say.

Moving along we have In Dreams, cashing in on the popularity of the “serial killer thriller” that kicked off after the critical and commercial success of Silence of the Lambs. This sub genre reached something of a peak with Seven– and a slew of other copycats…  one of them was straight up called Copycat.  Starring Annette Benning as a woman with ESP who is somehow psychically connected with a child killer (which I don’t think is given much explanation). Everyone, including her husband and cops, thinks she’s bat shit and eventually she “rises to the moment” to find the killer, bring them to justice, and rescue their latest would-be victim.

On one hand that synopsis sounds pretty straight forward and could fit into the “generic thriller released in January” category, but the execution rises to the “WTF/ how did this get made” level with performances and reactions that are just off center of normal. There are plot points and twists that seem to veer the narrative off course every five minutes, some “dream/ nightmare” logic and visuals that are at times striking (i.e. the “underwater city” and scenes in the sanitarium come to mind) and at other times head scratching (there’s a recurring visual motif/ plot point involving apples that is saying something thematic…  I think?).

In many ways In Dreams is an example of what I like to call an “American Giallo”.  Giallo‘s (or Gialli) being a particular brand of Italian exploitation cinema from the 70s/80s that many cite as a direct influence on the 80s American slasher film, but you can also see a lot of their DNA in the “erotic thrillers” of the 90s like Basic Instinct– The Color of Night– and these “serial killer” thrillers. Like a typical Giallo film, the narrative to In Dreams makes little logical sense, but some of the visuals and ideas are cool so you’re probably better off just going along for the ride.

In Dreams might be a “frustrating watch” for most filmgoers, but as someone who has seen a lot of flicks that are often “safe”, I get excited when I watch these kinds of “shit-show” movies where I don’t know what’s happening or where they’re taking me.  I’m guessing, at the time, In Dreams probably scored terribly with the mall/ test audiences and thus it was shuffled along to its January release to be forgotten to the sands of time.  And probably deservedly so. The movie is not trashy enough to earn a cult following, but I would say it’s worth a gander for folks like me who go for these gonzo types of movies that most “normal” people hate.

Join me next month in February where I’ll tackle another top tier ’99 release that became an instant cult classic… Office Space.