Rewatch LAST WEEK TONIGHT For Examples On Calling Out Corruption 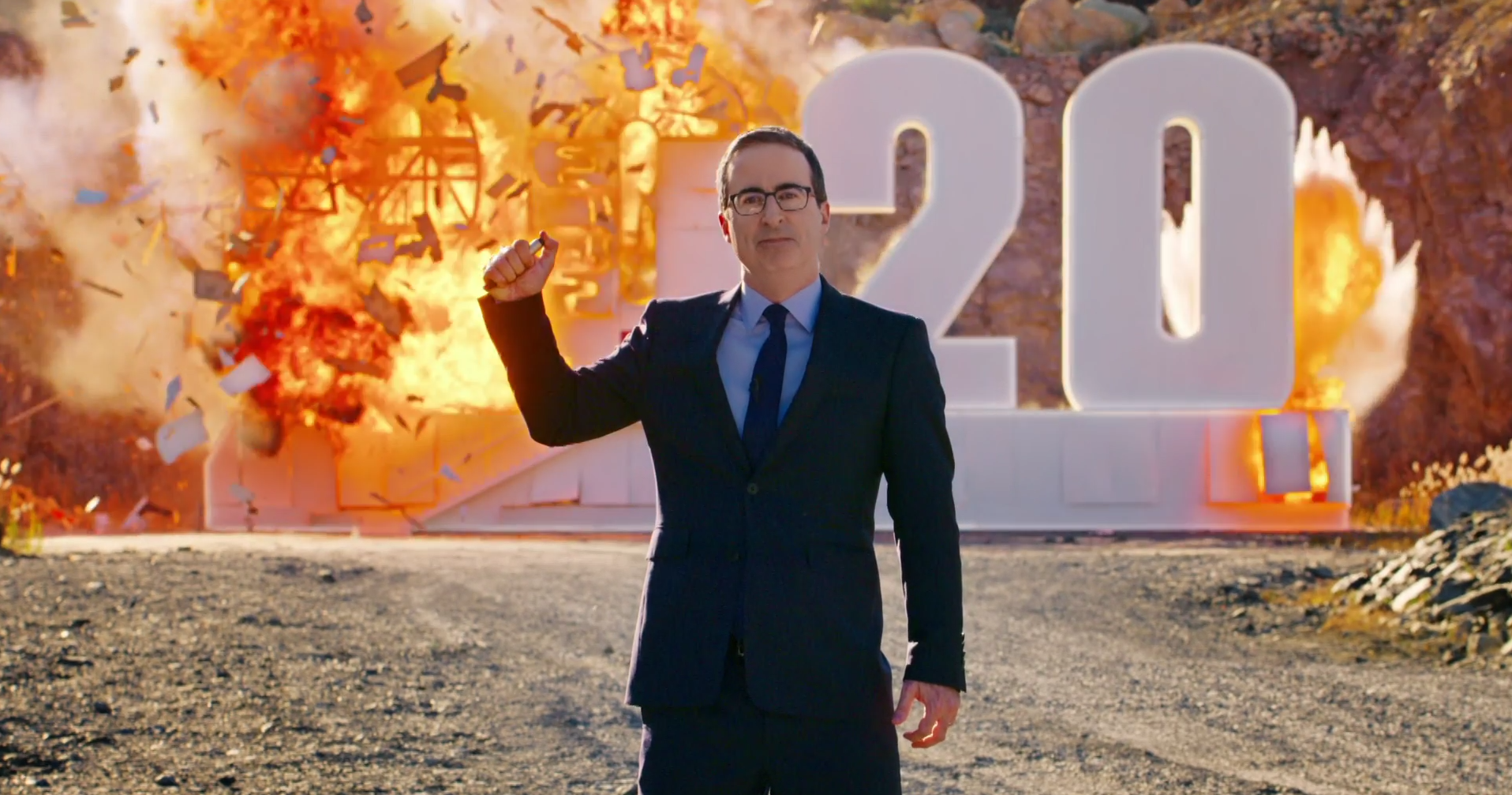 This Season (as well as every Season) is absolutely a must-see in political science education. Not only does Oliver break down some important processes worth examining, but his research obsessive team goes above and beyond to find and expose corruption among many members of government. John Oliver’s Season finale delivers just as much joy and showmanship as ever, even from within his eternal void – modeling a continued COVID compliant show, an artistic beacon that thinks outside the box and reminds us to stay-at-home

November 15th’s finale delivers a few more cathartic treats including permission for momentary celebration, the most yellow creation that ever walked the early (John Oliver Debunks Bogus Election Fraud Claims When He’d Rather Be Talking About Weird-Looking Turtles), pyrotechnics as patriotism (John Oliver Literally Blows Up 2020 in Final Show of the Year: “Get F–ked”), and an annual finale face off with Adam Driver (The A-list cameo was a highlight of the “Last Week Tonight” season finale).

This comedy show is a service to the American people and it is not necessarily dependent upon current events. Often the main story is a subject spanning years in the making. I urge you to go back and watch the entire series again. Not just for entertainment, but for education and a roadmap on how to actionably root out corruption. For a large group of voting adults looking for ways to support change, this comedian and his team point us to some important organizations in need of attention. This show is both the spoon full of sugar AND the medicine to look up, research, follow, and absorb.

Also, this is important: