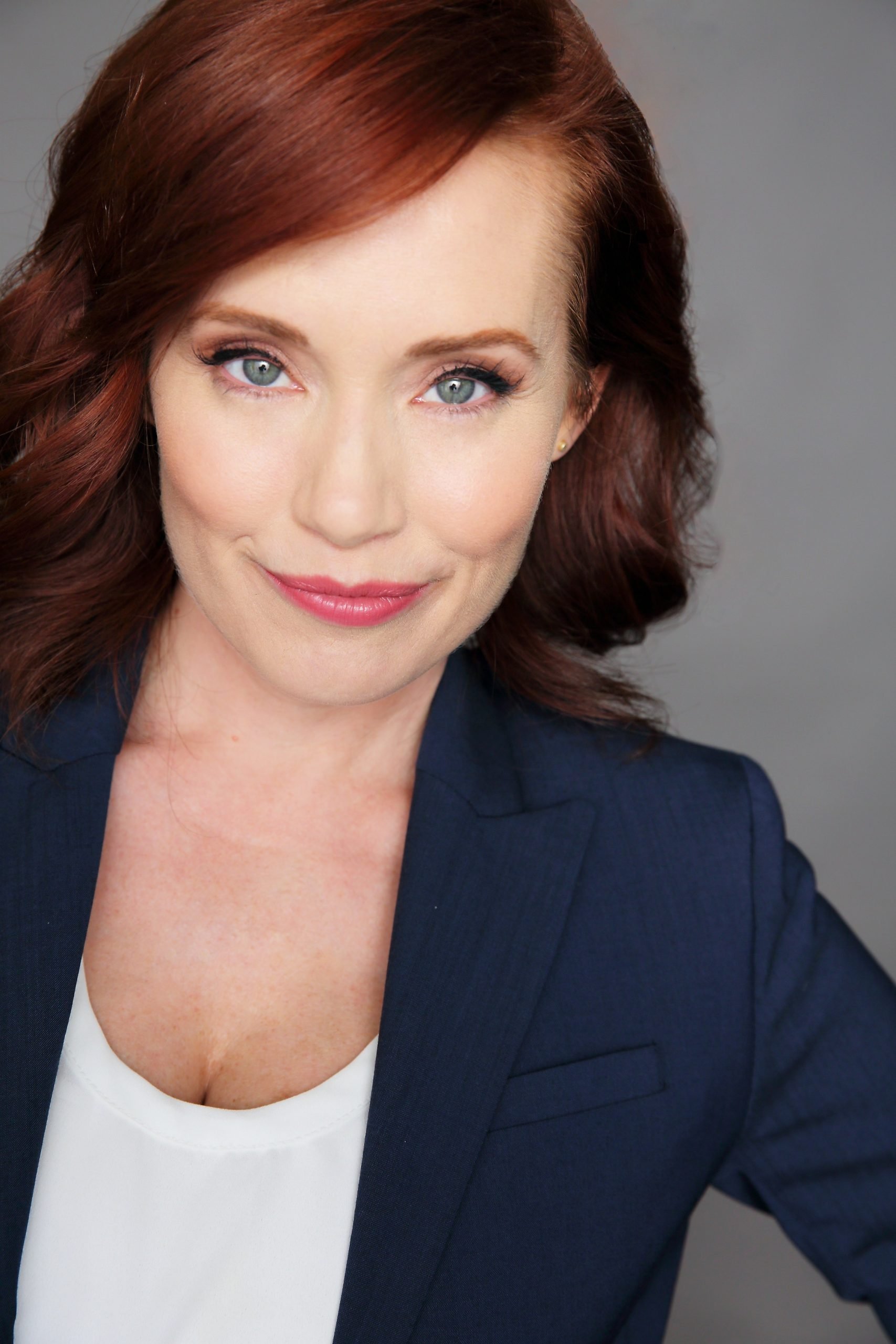 Actress Paula Rhodes specializes in making the best lemonade with what life has to offer. Rhodes made it to the Big Apple, switched coasts, and found life-long-love by turning every opportunity into the most positive outcome.

Actress Paula Rhodes: “LA has been my home the longest though, so I’m happy to claim her…. Growing up in Missouri didn’t make a career as a storyteller seem very feasible, but after winning a pageant all five feet of me entered to amuse my friends, I turned the crown into a handful of internships in NYC and saw that my dream wasn’t impossible. But, as I couldn’t sing, LA was a better fit, so after a few years I traded subways for traffic and have managed to make a go of it as a working actor on camera and as a voice actor. I fell in love with my husband after he plotted my death on a horror film, got addicted to producing with the world’s first wave of webseries, and have somehow ended up with two amazing little humans along on this adventure.”

Though her path was wild, she definitely made it to where she belongs. Voicing characters in Enchantimals: Spring Into Harvest Hills, Red Dead Redemption II, Doc McStuffins, Justice League Action, Shadowverse, and now, her most recent role is a very exciting place to land.

Rhodes: “I’m very excited to have just joined the Fire Emblem family playing Miranda. She’s existed in this universe for a while now, and I’m thrilled to be able to finally give her a voice. Dep on your fandom, I may be best known for my role as Eveline in Resident Evil 7 (mocap and voice) and she still holds a creepily special place in my heart.”

Rhodes has been working on her own projects as well, collaborating with her partner and making things happen. Producing and acting in the same piece brings a special personal joy, especially when it involves producing a whole movie while producing life!

Rhodes: “I’m in the final stages of getting my first film baby, my feature directorial debut out into the world. “Delicate State” was filmed over the course of my first pregnancy sans script with my husband, Charlie Bodin and I as leads and entire production crew. It documents our impending parenthood in a parallel timeline where the US breaks out in Civil War, and it darn well better stay a cautionary tale. I’ve watched in horror as things we improvised in 2015 became national news in 2020. Oh, the VFX shots I could have saved on… Anyhoo, we’d been chosen for The Chimaera Project To.Get.Her Award and were scheduled for a spring screening they sponsored with Slamdance, but then everyone’s world turned upsidedown with COVID. So we took the time to polish her up and shall soon start finding the best place to launch her. I’d love anyone to follow along on this adventure here: @Delicate_State”

This has been an extra hard time to put out a new feature all while juggling so much work already. But Rhodes keeps it positive with forward momentum. She never stops. All while raising kids-

Rhodes: “…What I’m realizing each day as my very resilient and happy little guys continue to blossom, is that I’m enough, and sometimes I’m even a pretty darn great mom (despite not matching what that image looked like in my head before I had kiddos). I’m rolling with the punches more and magic-ing up new “traditions” rather than fighting for/mourning the old “normal.” Turns out improv really comes in handy, in ALL areas of life, ha!”

Through these uncontrollable times, Rhodes does what she can to roll up her sleeves and get to work. She sees the positive and inspires everyone around her. All of her travels, life experience, and making lemonade attitude is contagious.

Rhodes: “Professionally I’m seeing new paths open that I’m excited for. I’ve discovered my love for writing and directing, and appreciate that I trust my instincts so much more now. I’m also aware of where my blindspots are, and am working toward filling them in and surrounding myself with collaborators who are the best fits to cover them in the meantime. Good teammates are such treasures and I have a few true gems. Overall, I really like this current me.”