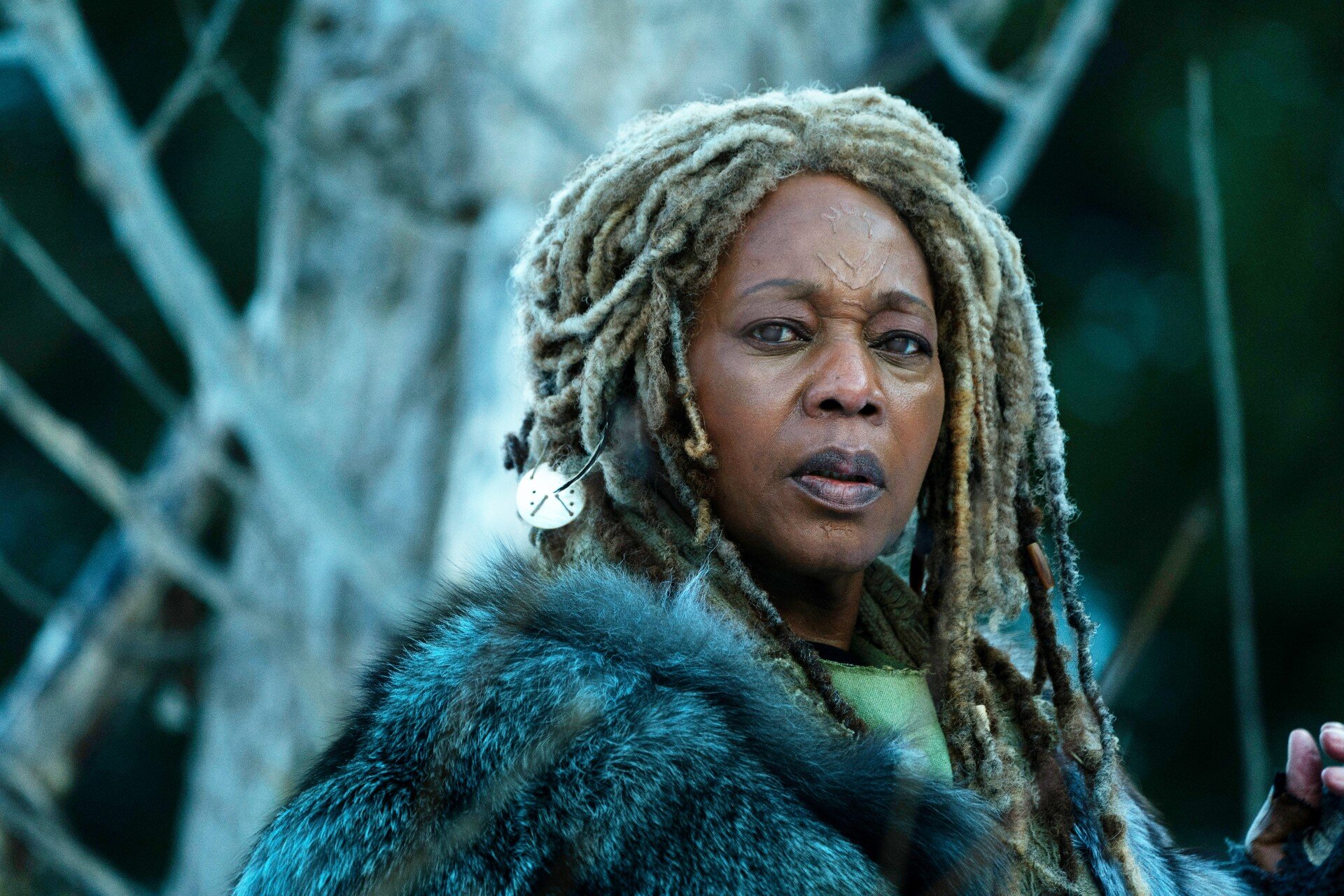 Hope. We have hope for a better kingdom, but lost hope in that family bond we treasured in the post-battle unification HUG. Yes, this battle-torn show gives us great hugs. Arguably the best part of the show. We have a ton of satisfying moments. And a TON of questions.

This Season 2 wrap up will have more questions than answers. I finished the show on the edge of my couch, angry and upset by the set-up for next season.

Jason Momoa as “Baba Voss” might be one of my favorite characters of all time. Baba Voss is gentle, vulnerable, emotionally connected to his children, worships his wife, and is a trained murdering machine. Why not? It’s an imaginary world, so let’s make him a perfectly non-toxic dream. His heart breaks for his brother, his body aches for his love of family. His love overcomes the Witch-finders. He is magnificent. So, where is he going? He doesn’t want to fight anymore. He is grieving. He is broken in many ways. But now that his family is momentarily safe, he needs to do something for and by himself. I am upset by this, but his independence is earned, so why am I so upset?

Hera Hilmar as “Maghra” is beloved and easy to support. She is wise, careful, thoughtful, and a leader. Her diplomacy may be the end of her. Yes, I fear her focus on leadership leaves her unprotected and vulnerable to internal attacks. Will she actually be a good ruler, or just flounder in following her council? Speaking of internal attacks…

Sylvia Hoeks as “Queen Kane” is my worst nightmare. She is a power hungry, murdering, raping, lunatic. I cannot stand her, but I feel that her villainess ways are too valuable to the writing team to dispose of her. Ugh, I despise her existence, but they are doing a damn fine job of keeping her relevant. Will she do anything more horrible in all of this series than take Paris from us?? Will she hurt the child inside of her? Will she sacrifice the baby to hurt the family? To show her commitment to the unsighted once again?!? She is a wild card.

Archie Madekwe as “Kofun” had a bigger arc earlier in the Season and has barely anything left in the end because he is busy brooding and turning on his sister. He is an angry time bomb. What will he do to his Aunt Kane? Will he act against her and his son? Will he leave? I feel that his anger at his sister was just an end of the Season distraction to leave all satisfying ends frayed, buuuuut it does open up that wound that he and his sister had when they were teenagers and not-yet-united on how to live in the world as sighted people.

Nesta Cooper as “Haniwa” has given us a glimpse into the multi-generational legacy we desire. We know a prequel series would be successful surrounding the late King (Father to Maghra and Kane), but a sequel series or time jump potentially in store for Queen rulers Haniwa and Wren at war would be a badass option to keep us going year after year. Eden Epstein as “Wren” as the proxy/adoptive daughter to Dave Bautista‘s Edo Voss (the late high-ranking general) sets her up to rule the neighboring kingdom. If the series continues for generations, those Queens will eventually battle each other. If the series ends sooner than expected, they will likely hint that these star-crossed loves will unite in peace. What will become of this young love?

We lost a wonderful chapter in Hoon Lee as “Toad.” If only to give foreshadowing to losing Paris, I hate that battle took him from Kofun. And anything surrounding the death of Alfre Woodard‘s “Paris” is horrifying. I am absolutely shocked they did that to us. Yes, to US! Paris was ours, she was the spiritual hand of the monarch and family protector. She was the legacy. And Baba doesn’t even know she’s gone. I might be too angry to open that right now.

I’m curious to see how Christian Camargo as “Tamacti Jun” and Tom Mison as “Lord Harlan” rise in the story of next Season. They are incredibly likable and overcame a great deal to make it to my favorites list. Their loyalty and support of Maghra lend us the thoughts of the entire kingdom. Will they stay on as a supportive council? Or will they undermine Maghra for their own agendas?

Next Season, I hope to see a peaceful kingdom if even for a moment and a family united by the end. But, alas, this show will never give us peace, only heartbreak. We are not resolving a world to become sighted, we are watching the groundwork for unrest between vastly different sighted people having their way with masses of kingdoms built around a 400 year legacy of rejecting the sight that brought down humanity. There is no perfect analogy for today, only exploration of existential dread and love that perseveres through it all. This show is about the key to community starts with the family, let’s see what they have in store for us next.