SPOILER FREE REVIEW: HULU’s The Great Season 2 Is The BEST Second Season Arc Of 2021 Against Apple’s The Morning Show And CBS’s B-Positive 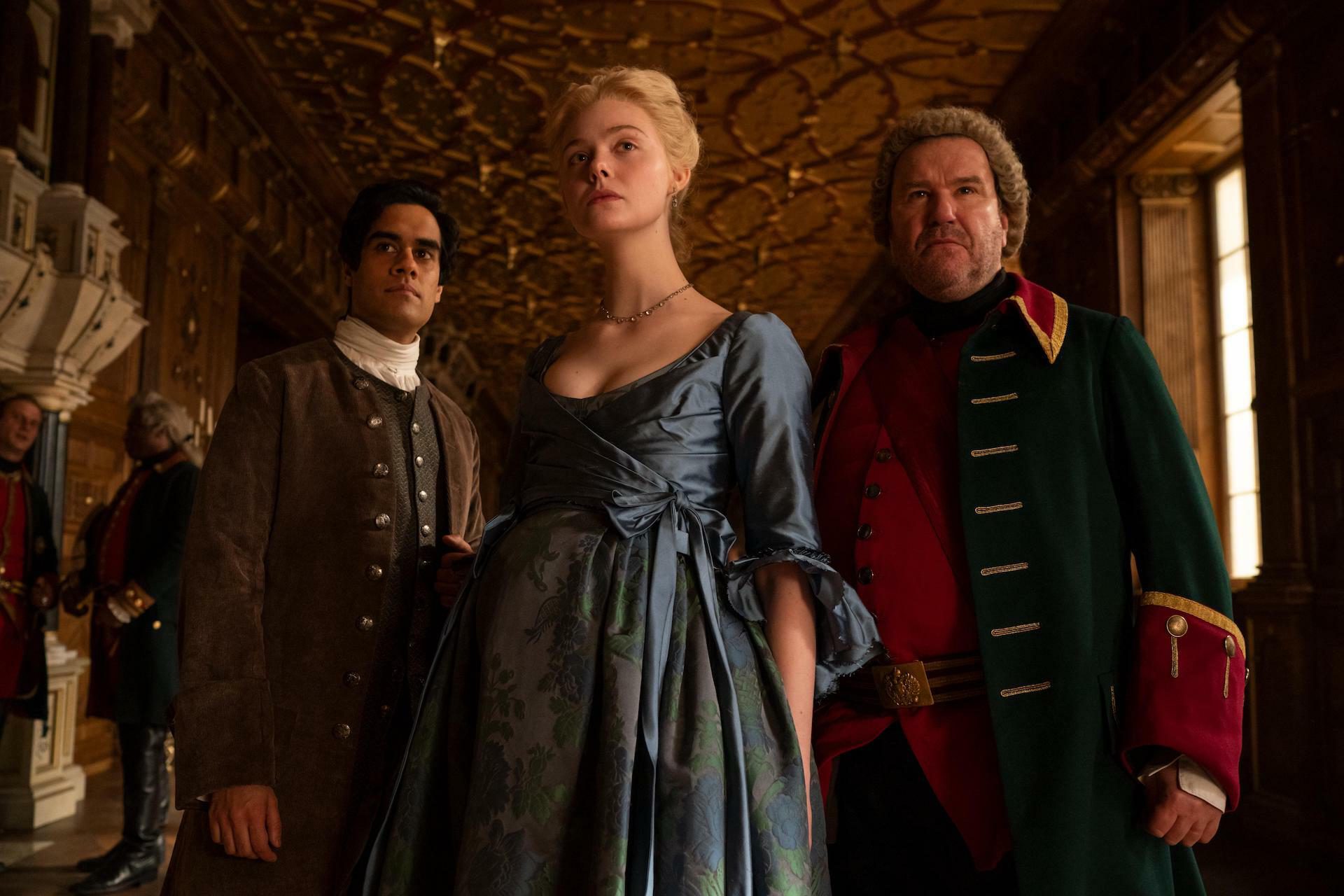 All you need to know: Should I watch it? Yes. But here’s why… Season 1 of HULU’s The Great centered around Elle Fanning as “Catherine” in her delivery and discovery of Russia and the world. Nicholas Hoult‘s “Peter” is the worst of the worst spoiled bratty ruler that makes it an easy leap for Catherine

All you need to know: Should I watch it? Yes. But here’s why…

Season 1 of HULU’s The Great centered around Elle Fanning as “Catherine” in her delivery and discovery of Russia and the world. Nicholas Hoult‘s “Peter” is the worst of the worst spoiled bratty ruler that makes it an easy leap for Catherine to see herself as a more suitable ruler to Russia, even though she is brand new to its lifestyles, customs, and systems of government. Catherine discovers real life, real love, and real commitment. She becomes the leader of a Coup and then the show’s real journey begins. Season 2 promised us a completely different experience. As do most great shows.

Spanning the gamut of Apple Plus to CBS broadcast, Season 2 of The Morning Show and B-Positive respectively are both clunky in their sophomore adjustments. I hate to say this, but I feel it’s true, it’s the same for See. The Morning Show made a big splash, but had little more than a character re-cap and ‘how do we get the team all back together’ and ‘how did everyone get even less likeable’ start. Not sure if the plot has anything for us in the first half of the season, but then they start to leave bread crumbs for what they are putting together, although very subtle at first. B-Positive took a different, and perhaps even better, adjustment. They jumped straight into a new paradigm and cast by episode 3 – they wasted little time telling us what they wanted for the new show. The new title sequence was a huge, somewhat jarring, spectacle that told the audience they knew what we wanted and they have the answer. It looked like they didn’t know the show would have a Season 2 officially since breadcrumbs weren’t ever tossed out before the switch, but ripping the bandaid off seemed like a swift and decisive move. See, however amazing it is, didn’t give me a big swing either way, just a change of scenery. I like the adjustment, but it is a classic multi-season adjustment and almost not even a noticeable enough marker if you binged through the whole series one day.

But lets bring it back to The Great, the premise:

Creator Tony McNamara brought us into a seamless yet completely different Season 2 of The Great. We instantly knew the change was built into the series. We instantly knew the power shift from Season 1 to 2 would be great enough a marker if you binged it. AND we see a change in every supporting character relationship because the balance of power has echos and unfolding to last through many episodes. Character development in this show has more to do with how each person or station will react based on a complete change of circumstance, yet still keeping each character in their exact roles with memory from the previous power dynamic. I love that this show knows how to rise above the rest.

If you want to know more than what I’m tip-toeing around here, these are great places that will spoil the show even if you are 75% through Season 2.

The Great Recap: Paul in the Family, By Alice Burton “It’s all finally working out. Except, again, for Orlo. And maybe Velementov. And Elizabeth, Joanna, Shaky, Svenska, that serf who died from the poisoned candle, that man who the crocodile ate — look.”

Gillian Anderson on ‘The Great’ Season 2, Why She Wanted to Be Part of the Series, and Filming the Slapping Scene, By Christina Radish “She also talks about the experiences of bringing to life incredible real-life women like Margaret Thatcher and Eleanor Roosevelt.”

Here is just a quick snapshot of what I love so far. Elle Fanning as “Catherine” is charming, relentless, hilarious, and carries the show with the grace of an Empress. Nicholas Hoult as “Peter” is cunning, still easily distracted, and as pathetic as ever – I mean that all in a good way. He’s my favorite.

Character standouts so far are Sacha Dhawan as “Orlo,” as he has discovered who he is as a man without the constant oppression from the current ruler. He explores his sexuality, his purpose in the inner council, and his true beliefs. Douglas Hodge‘s “Velementov” has become more than just a constant war-mongering joke, he explores a full picture of an honored patriot in his station. Belinda Bromilow is ever evolving as Aunt Elizabeth, her comedy, her advice, and her strategy is satisfying.