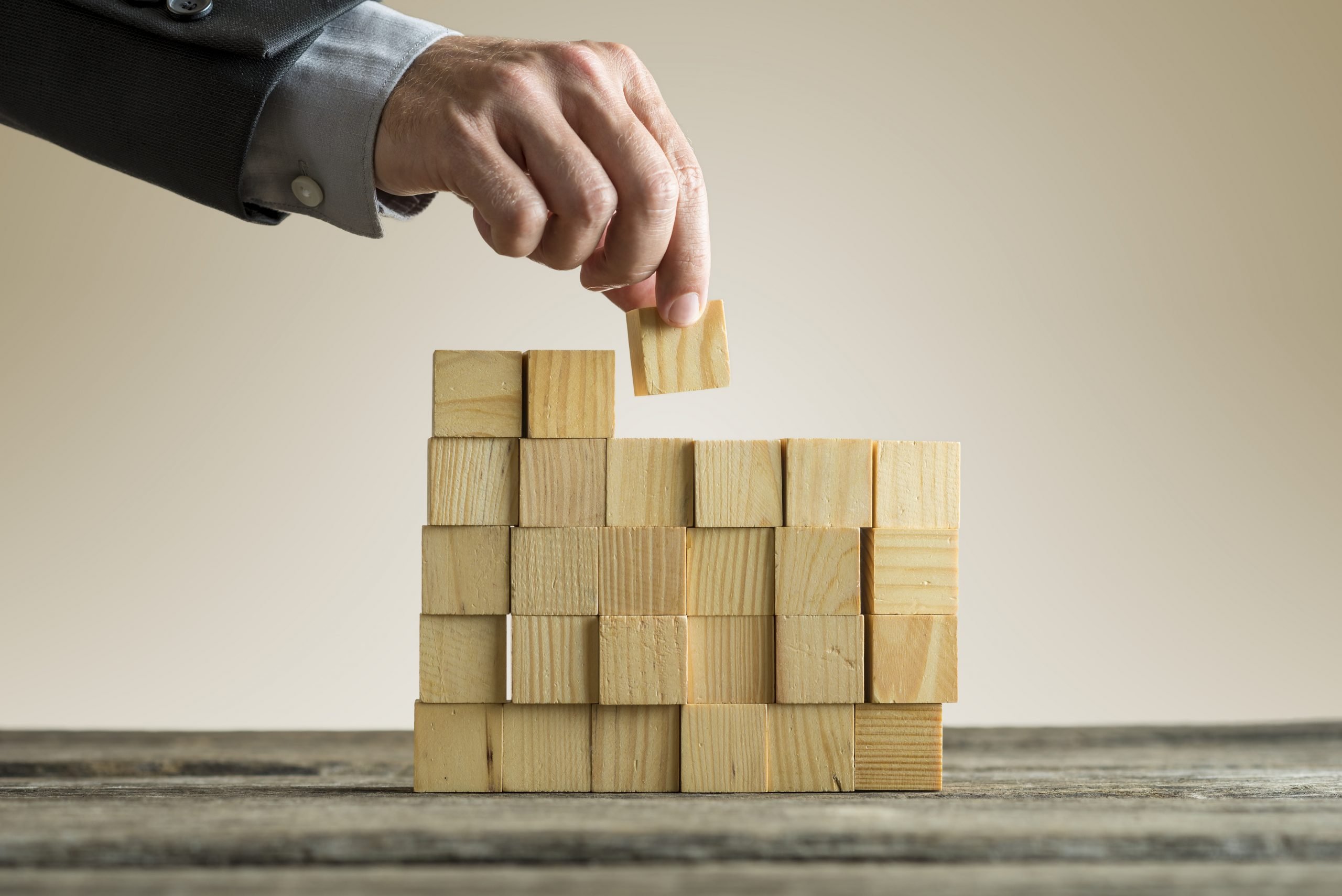 “Let’s Talk About Back End Points” originally posted on MsInTheBiz.com.

What are “Back End Points”?

On a Reddit thread I found “cdb03b” explain it perfectly:

“Most of the time an actor gets a flat fee for their work. Taking points on the back end means that instead of only getting that fee they also get a percentage of the profits the project generates. Normally this also means they reduce their upfront fee. Actors will do this if they think the movie will be very successful, or if they really want to do a project but said project cannot really afford their normal rates.”

“This could refer to assigning a portion of the profits to the actor as they come in. The producer can offer this in lieu of cash up front. The actor cares about doing a good job so the movie will be a success. Eventually the negotiation can drop the actors fee to almost zero. Then there is the nightmare of determining what the real profit is. Studios are notorious for claiming expenses for everything before declaring one particular film to be profitable.”

Let’s get a little more specific. What are “Net Points”?

In “What Is a ‘Back End’ in Film Financing & Movie Production,” Shane Burley explains

“…The back end is a way for the author of the source material, or anybody else participating who may be eligible, to get some “profit participation.” This means that they are then paid some of the profit the film makes after it breaks even. This can be anywhere from a couple to more than ten percent of the total gross after the film covers production and promotional costs, which is called the net gross. This total is just checked after the majority of the box office money has come in and then all of the other costs are subtracted from it. Now we take the specified percentage points, sometimes called net points, and take that out of the remaining monetary sum….”

What are “Gross Profit Points”

“Some people even attempt to get “gross profit points,” which is a percentage off the total gross and not just the net amount the film makes after it breaks even. This is an even better deal because, naturally, the sum will always be more. This is the kind of thing that people participating will always try to get, but anybody investing in it should and will fight vigorously. If the property is valuable the author of the source material should fight to get gross profit points, hopefully over five percent.”

Great, you understand it all. Done! Well, here are some samples and resources JUST in case this wasn’t 100% clear:

From 2 real indie producers in my life – It is worth noting that the starting numbers are dramatically high as to make sure there is enough pie to split up for this article. I would probably say you should start this pie at $100,000 Gross Receipts (over 5 years) for most super indies to keep the point system more realistic.

-3 producers (of different but equal work load): 1 venture capital investor of $800K, and 2 smaller investors at $100k each.

-The post production team is working at half of their rate for back end points/ownership.

Take a look at scenario 1 and 2 for the same film, these are 2 of a bazillion ways indie producers might structure their back-end points in this imaginary scenario.

By female indie producer with 10 features under her belt

“I have made family films, thrillers, crime dramas and relationship dramas. I love working in lots of genres and can’t wait to add more psychological mystery/thrillers to my resume. I like the micro-indie world but aim to be pitching directly to streaming giants regularly by the end of the year.”

By different female indie producer with several features under her belt “every film is of course different, as a producer I want to make sure I have Points available from the production side to use as leverage for an A list actor, that might come on board if I can sweeten the deal.”

based on investment percentages

Hold Back = 10% (director or actor leverage)

If the movie gross is 2M, and the budget was 1M, you have to pay the investors back the

And $106,250 is divided amongst whatever points/percentage the actors were promised

These are just fantastic articles to help you decide how to best structure YOUR back-end points AND understand other agreements and how they will intersect with your pre-determined ideas. I think these are MUST reads before your next feature.

“Money Matters: Don’t Just Make Your Points, Define Them!” by Jeremy Juuso. This one has a FULL explanation and sample and goes through fab concerns. Worth the read once you’re ready for a loooong read:

“Many writers, directors, and actors have to assume the role of a producer and make their own work. The goal in doing so is to establish the kind of respect and demand for you as an artist that can fund a career. When making your own work means making an independent film – or any project, for that matter – the definition of who gets what profits is essential, whether there is money gushing in from a hit (rare) or whether there is money trickling in from a miss (most common).

In all instances, you want to promise participation from your piece of the pie, not from a piece of the pie you do not control. …The fees for each party have been set, but the expenses are variable, as are the amounts of money coming in to cover those expenses.

… Clarify, in some manner or other, that any profit participation on the backend will come out of the producer’s share of the investor/producer split. And if someone tries to be unclear with you by using terms like “gross,” “adjusted gross,” or “net,” have them define exactly what they mean. The movie business is unclear enough as it is, no need to obfuscate it further. Don’t just make your points, define them!”

“Star Salaries:The Back-End Deal” maaaaaay not be 100% accurate, but it’s fun and worth a gander:

Now, Hanks is just plain smart. He’d rather take a lower up-front fee for a share of the gross profits. And there’s a sound reason why he is successful at it: He picks his projects well. He’ll take his $20 million per picture if he doesn’t feel strongly about the project, but reports say he took no up-front compensation at all for 1998’s Oscar-winning SAVING PRIVATE RYAN. Instead, he pocketed 20% share of the gross receipts and earned $40 million. (Note to Hollywood movie stars: Watch and follow what Tom Hanks does).”

In “What Is a ‘Back End’ in Film Financing & Movie Production,” Shane Burley has great definitions and a clear overview (but you’ll still need to read more after that):

“Contract Agreements Along with these are adjusted gross profit agreements where the studio or producer is able to put a limit on what they can receive. This can all be difficult to interpret, which is why most people in the industry have agents, managers, and lawyers to help them make executive business decisions. Know what you and your property are worth ahead of time and fight to get the largest back end you actually can, but don’t overshoot.”

“What about points? How are they calculated and paid? The typical lawyer response is… it depends.

After they are paid, the balance of funds are used to pay the following expenses, among others:

A common name for this entire cascade of entitlements – from gross revenue through to the individual shares of net revenue – is the “waterfall.” As you can imagine, by the time the water falls to the lowest level, it can be little more than a drip. As someone famous once said, don’t go chasing waterfalls, if you can get your fees out of the budget.”

“DEALMAKING DONE RIGHT: A Back-to-Basics Approach to the Byzantine World of Waterfalls, Hurdle Rates and Preferred Returns” Posted by Daniel Lawrence Abrams, you HAVE to read this one to really understand the variety of ways things can be done. He also posts a rockstar sample report:

“When you’re courting investors, the ideal scenario is to secure sufficient equity funding for the full amount of the film’s budget. This is rare, especially as budgets get bigger. Often a film will raise a substantial fraction (25% to 60+%) of the budget in equity from private investors, and then use that to secure the “package”: script, director, producer colleagues and, most importantly, the stars.

At this point an ISA can do “presales,” taking three to nine or more months going to the major film markets (AFM, EFM, Cannes, etc.) and getting minimum guarantees (MGs) from buyers in countries worldwide. These buyers agree to book the film at a discount; buyers who wait to see the completed film could pay more. A producer might then get financiers to “cash-flow the MGs,” giving your project a loan against those sales contracts as well as against any expected state/provincial/national production incentives or tax credits. Finally, other higher-risk financiers might provide any necessary “gap/mezzanine financing,” giving your project a higher-interest loan to cover any part of the film’s budget not covered by equity, MGs and tax credits. Once everything is in place, you can consider your picture greenlit.

When it comes to the deal with your equity investors, virtually anything goes so long as you follow the rules of the SEC (U.S. Securities and Exchange Commission). You’d be wise only to pursue accredited investors who can demonstrate they are “high net worth individuals.” There’s greater liability when taking investments from unaccredited investors.

Almost no two investment agreements are exactly alike. But there is a “Standard Deal” structure that’s reasonably popular, for low-budget films in particular. It can be succinctly explained as “After Payback, Hurdle Rate, then Split into Two Pools”….”

“4 Facts You Need to Know about Profits for Your 1st Feature Film”:

“Hold some back – I recommend not giving away all your points up-front. You may encounter a situation where it’d be helpful to offer points to someone. This might be in exchange for an otherwise un-securable location, expensive equipment lent to you, or any other unforeseen assistance that may need a bit of grease on the wheels to get things moving.”