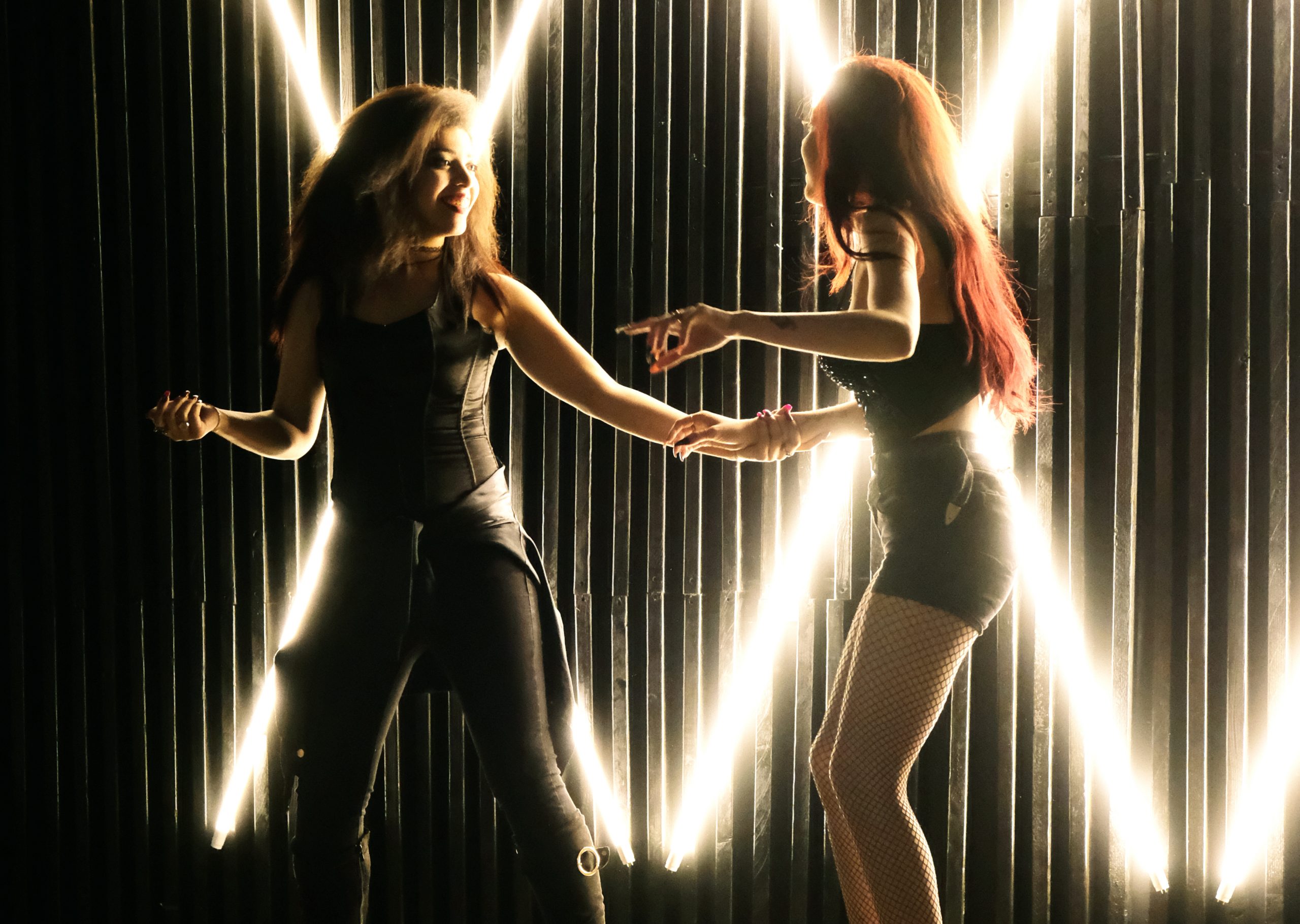 “2020 has taught me not to take the things I have for granted. I’ve learned not to care what people think so much; if something makes me happy I just own it now.” – HarleenDelirious

Born & raised in Glendale, Harley and I got down to business right away. After she won BEST SINGLE at this year’s Rockfest in Hollywood, I reached out to her to get to know her better and hear about her musical journey. Harley was generous with her personal struggles and helped me see what she draws on in her music.

Harley: “I struggled with mental and physical health issues my whole life. On any given day I can wake up and have a strong desire to stay in bed because of those issues. To not face the world. So basically, every single day I have to take life one step at a time. In ninth grade, I began homeschooling because I would get anxiety attacks almost every day I went to public school. With school shootings in the media almost every week, it seemed at the time, and my own struggles with mental health I just didn’t want to go anymore. That created a new issue: I had no social interaction at all. I do believe most of my music stems from a darker place because of my past. However, since I’ve found that creative music outlet the days are often a little easier to get through. There’s nothing I love more than creating art in any form (except maybe a Dr. Pepper Big Gulp along the side of some Olive Garden Fettuccine).”

I found her first single “Possessed” to be filled with pain and beauty. Harley wanted to write and perform her own music, but didn’t find the producer that was right for her until she met composer, songwriter, and producer Chris Edgar (Ghost in the Gun, The Breakout: A Rock Opera, Steve’s Quest). Collaborating and bringing people together only enriched the experience.

Chris: “Harley has written a ton of lyrics, and I found some I was particularly interested in and wrote some music for them.  We exchanged a few demos of the song before we agreed on the sound we wanted, and it really didn’t take long before we were in the studio laying down the tracks, because the whole process flowed pretty naturally.  Harley has a great attitude and work ethic, and I’m looking forward to making more music with her!  Actually, we might already secretly be doing that!”

Harley: “Chris Edgar was a true partner on this. The song came alive when we worked on it together. I’m so grateful to have his talent attached to my work. Also, that first single was unique in that I sang with a friend of mine, Soleil Blackbird. She brought a much different version of possession to the table. Her own experiences of feeling attached to someone was shown differently in the music video than mine so it shows multiple ways that jealousy can come to take hold. “

Harley is influenced by the style and music of Billie Eillish and the uniqueness of her favorite band Tame Impala. She’s been spending this year growing as a singer, practicing everyday, and she attributes this practice with lifting her spirits. Taking a deeper look at her lyrics (below her music video on YouTube) gave me pause, knowing she’s been going through so much the last few years.

Harley: “It’s a metaphor for the feeling of being possessive over someone while using the physical act of possession. I think we all have moments of feeling possessive over things and people, and sometimes that feeling can take over someone’s entire life, even changing who they are. (Also, I’m a huge fan of Supernatural so I may have been a bit influenced by the black eyes and cold skin of their demons).”

Harley: ” The times we are in has also made me realize you can’t wait for the perfect moment to live your dreams, to take a chance. That’s why I’m back in the studio with Chris later this month.”