THE ART OF PROTEST Wields Resistance Art As A Weapon, Yet Focuses On The Potency Of Humor And Joy 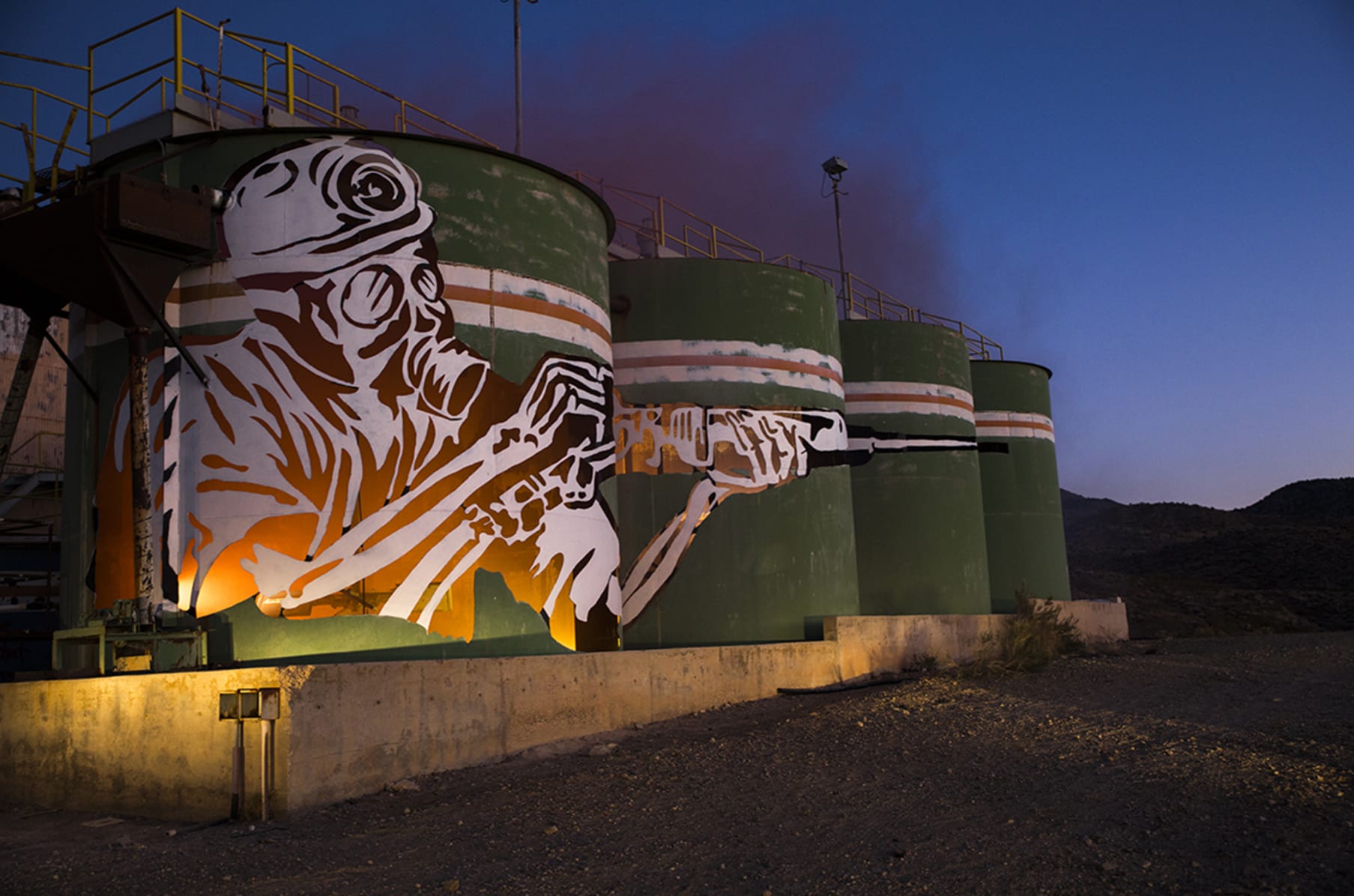 Welcome to a never-before-seen tour of the creations by resistance artists around the world. From the streets of Moscow to the shores of Los Angeles and featuring interviews with Tom Morello, Dave Navarro, Moby, Shepard Fairey and more, this powerful film brings a message of hope and change through radical resistance and righteous social uprising.

I had the pleasure of watching this unique documentary on the opening night of Dances With Films 2021 alongside my business partner (and brother) Director Marc Hampson. We enjoyed the QnA that followed with Director Colin M. Day (Saving Banksy & The Art of Protest), Dave Navarro, and Artist Ash Nash. Having no idea what to expect, this film had me laughing and crying to the very end.

Watch this one with a political peer. This film will light a fire under your a** that you won’t want squashed, you’ll desire to dive directly into the work. Not just getting out the vote, as Ash Nash pointed out in the QnA, the real work will take every bit of your creativity and drive. Use this film as a catalyst for conversation surrounding creative and joyful resistance work. That’s exactly what Director Colin Day asked of the boisterous and excited theater. Disruption work is the good work, but joy and humor is something only the resistance can do well because our work is born out of love.

Indecline Debuts ‘The Art of Protest’ Documentary, Rolling Stone: “When Indecline started work on their documentary The Art of Protest in late 2018, they wanted to tell the history of resistance art. Over the previous two years — since they broke onto the national consciousness with their naked-Trump, guerilla-art instillation The Emperor Has No Balls, the activist-artist collective has staged numerous pieces of public art in protest of the Trump presidency. To tell the story, they reached out to Colin Day (director of Saving Banksy) and started shopping around the idea to streaming services. But as the pandemic unfolded, and the Black Lives Matter movement reignited across the streets of the nation, their mission changed. As a representative for Indecline puts it: “What was once set up to be a deep dive into the history of resistance art, soon became a ‘call to action.’””

I might have preferred a more academic and historical view of resistance art, I may have wanted a lean towards the measurable and effective outcomes in direct relation to some of the art displayed in the film. I may have even wanted a few more historians to give me stats because the use of Anti-Trump resistance art as such a weighted storytelling element turned me off. Not because I dislike the art, but because I truly dislike seeing him take up so much space in a movement about artists, ideas, and concepts taking up space. I felt like the heavy handed Anti-Trump footage is less joyful, cleaver, or humorous and, thus, took away from the spark of the film. Learning about the faux chamber or Commerce stunts from the Yes Men or learning about the Kaepernick (Kaeperbowl) art relayed by Ash Nash – those stories left me speechless. I wanted more creative ideas for disruption. AND I wanted more artists of color to take up space and I felt that a huge missing element was the voice of indigenous people. But this movie can’t cover everyone in the way it was made.

This movie is not about traditional academics, historians, and stats. This movie is about real authentic resistance artists and disseminating their hard earned experience and perspective. If you want to know what works – ask the artist, they are their own historian. Their community are the academics of this work. Their stats are measured in movements, an energy difficult to quantify.

The white punk rock resistance artists featured in the film are putting their bodies and lives on the line to do these great INDECLINE sponsored works that mesmerize and inspire. The artwork is stellar and the joy of seeing these aging men keep their work relevant brought me to tears. I was in awe – literally in awe of what has been and could be accomplished. This movie is truly lighting a fire for OTHERS to pick up the torch and continue. Director Colin Day stressed in his QnA that he wants other people, other activists, and other creatives across artistic mediums to make their own waves. This call-to-action was heard loud and clear. The audience gasped, laughed, and cheered openly – clearly moved by this piece of art.

The importance of art as a weapon of rebellion is the forefront of The Art of Protest. Highlighting how Protest Movements are a fundamental part of the US, the film covers a diverse a roll call of infamous artists, activists & musicians from across the globe.

Watch THE ART OF PROTEST by Clicking HERE (FREE)