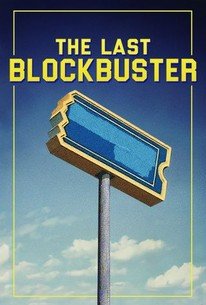 I graduated college in May of 2008, which you can probably guess wasn’t the best time to launch into the job market. After being told my whole educational career that, if I went to college I’d make $30k a year and probably do something I might enjoy, I was severely disappointed when this did not

I graduated college in May of 2008, which you can probably guess wasn’t the best time to launch into the job market. After being told my whole educational career that, if I went to college I’d make $30k a year and probably do something I might enjoy, I was severely disappointed when this did not happen right away (or for about five more years, believe it or not). I was even more disappointed when, armed with my fresh Bachelor of Arts in Communication with a focus on Filmmaking, the first job I could get was at Blockbuster Video. At least I was in the film industry…sort of.

Dismayed as I was, working at Blockbuster wasn’t half bad. You got five free movie rentals (or two video games) per week, was able to spread your newly pretentious film school opinions to unsuspecting customers, and even got health insurance for working a minimum of five hours per week. I held onto the job until I moved to Los Angeles, and to this day love talking about the experience when I meet someone else who worked there. It was a special, albeit tainted and short-lived, time of my life.

While perusing Netflix one day, I saw The Last Blockbuster documentary available, with Kevin Smith’s face plastered all over the main image, boosting its legitimacy. The film promised to reveal the true story of the demise of corporate Blockbuster (something I was also curious about), while also indulging in a little nostalgia (which I am sometimes guilty of), and so I checked it out (digitally speaking, of course).

I have to say, as a whole, the film is just okay. It’s a well-made documentary with some notable interviews and an interesting story line that follows the demise of Blockbuster, juxtaposed with the rise and fall of a few franchises, including the last standing Blockbuster to this day, located in Bend, Oregon. My criticism lies mostly in that this film dives deep into the realm of nostalgia, but stays under for way too long. I already know that I love renting movies and greatly miss that practice, as well as lament that my children will never know it as I did, so I don’t really need to listen to more than a few people tell me that they feel the same way. Even if it is Kevin Smith.

Still, the story of a lost industry hanging on, mostly because of the loyalty of a small town and the dedication of a family of employees, is certainly interesting. And if you’re curious, the reason for the demise of Blockbuster isn’t what you think, so I’d recommend watching if only for that reason (I always thought it had to do with their offering of health insurance to very part-time employees like myself). But to me, The Last Blockbuster is something to watch in pieces on your lunch break, or maybe while you’re playing a party game with some friends to keep the conversation going. Or find someone who cares less about ruining the ending and ask them what happened; though shame on that fellow…he would have never made it at Blockbuster.

You can watch The Last Blockbuster on Netflix or Amazon Prime Video.