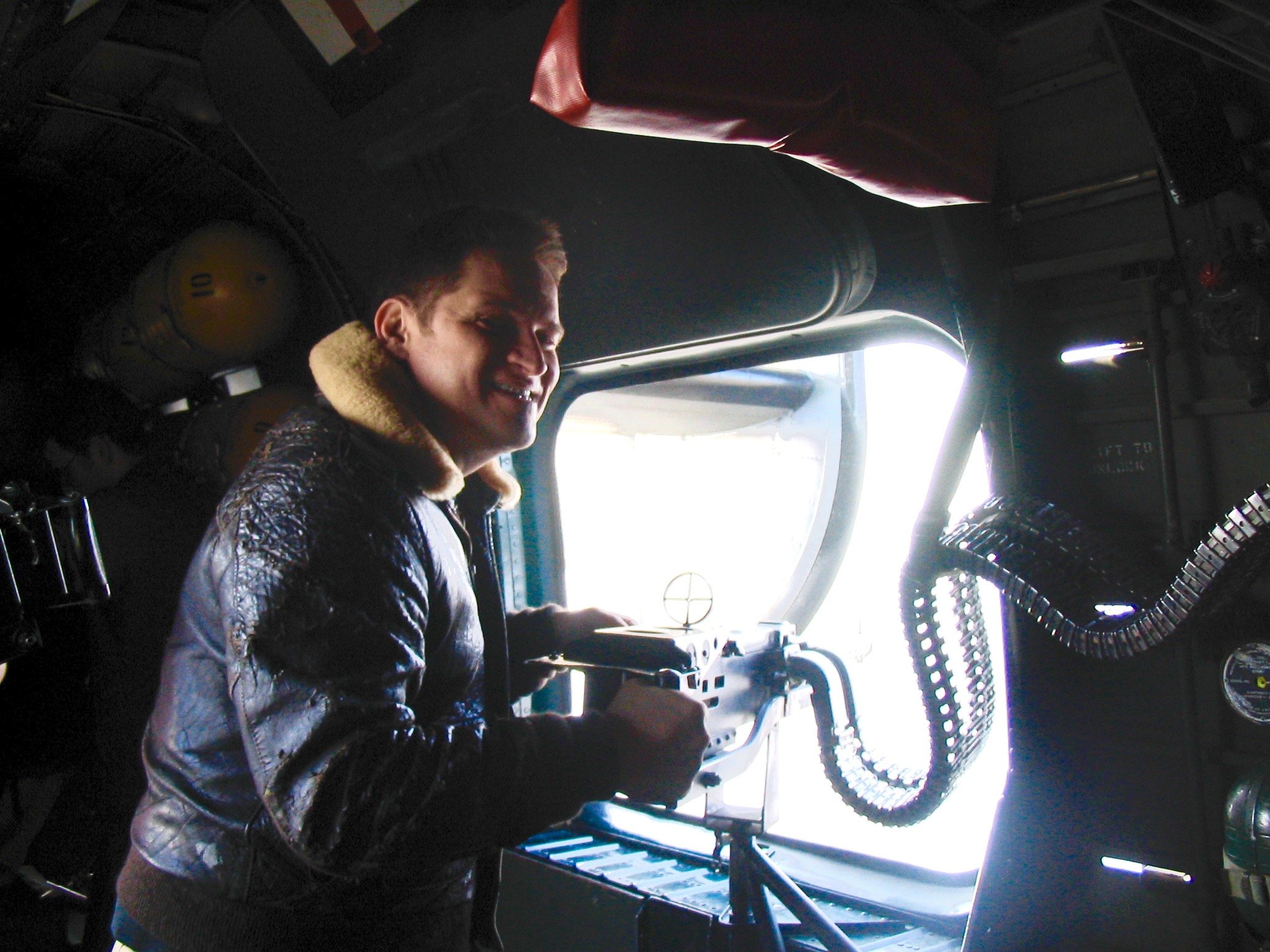 Tell us about your experience at USC Film School

One thing to bear in mind, especially when it comes to a guy from Central/North Texas in the late 1980’s is how incredibly sheltered we were. In Texas, everything was easy; always a place to park, affordable housing, there was never a long line, most people tended to be friendly. Remember DAZED AND CONFUSED? Even though I was in my formative years about 10 years after that movie took place, Texas had not changed at all. I went from that to hardcore, downtown Los Angeles in the late 1980’s at one of the most competitive and academically rigorous environments imaginable. My classmates were all from the East Coast, most were graduates of Ivy League institutions. They were committed, hard working and sharp. They also tended to be brilliant more often than not. To describe me as unprepared would be an understatement.

In that time the first year classes required constant filmmaking. It was hard enough coming up with an idea for a Super 8mm silent film, let alone finding locations (unlike Texas, LA does require permits) and actors. I was thrown in the deep end and while at the time it seemed like an intense experience with never a dull or relaxing moment, looking back on it I’d have to say it was one of the best experiences of my life. It prepared me for the life I’d chosen to work in the film/TV/commercial business, sharpened and toughened me. You’re around the best people who are seeking out this wonderful profession, 9 times out of 10 they were smarter, faster, more creative than I was, it kept me always trying to do better.

It also doesn’t hurt to say you went there – it’s the equivalent of saying you went to Harvard Law School. That fact alone made going there worth it.

What are the different types of jobs you’ve had in the industry?

I’ve done quite a few; script reader, assistant editor for commercials and trailers, I worked as a journalist for a British film magazine called MOVING PICTURES INTERNATIONAL, one of the greatest experiences of my life. Going to Cannes, Mifed, and Venice as a journalist certainly opens your eyes because you get to meet EVERYONE, because at those functions everyone wants to see a reporter and promote their movie, or distribution company, entertainment law firm, you name it, they want it promoted.

I began working as a sound designer for commercials in the early 1990’s, around the time commercials segued from being “commercials” to being “cool”. I was an assistant editor for Steve Wystrach, a fascinating man who was, at the time, one of the top commercial editors with his own company and a long list of clients. Steve was just happy I wanted to do all the sound work, and he gave me free reign. Because I was (and still am) such a fan of David Lynch, I had the good fortune to work with directors like Gary Johns and Eric Saarinen who were happy to have interesting sounds against their commercials. I went to work at a company after that specializing in sound design and music called Machine Head, loved it there. The 1990’s were an exciting time in advertising, more directors came along that completely changed the way commercials looked and sounded; Tarsem Singh, Michael Bay, Craig Gillespie, Rocky Morton. All of those guys are so incredibly talented.

I made the leap to start my own company after accruing a number of clients I felt would come and work with me, and since then have never looked back. Owning a business is one of those things no school can teach how to do well. Basically, it’s “learn as you go” and make every mistake humanly possible without bankrupting the business along the way. Believe me, I made every mistake a man can and hopefully learned from every one.

Who’s the most fascinating person you’ve worked with?

It’s difficult to say because I’ve had the great fortune of working with so many extraordinary people over the course of my life. However, we all have the “change agent”, as that character is called in a book – the person that comes along and once you’ve gotten to know them, nothing is ever the same. Your entire outlook on life has been modified or in some cases completely altered.

In my case, it was a fascinating gentleman I worked for named Lothrop Jordan, whom I got to know in Dallas, Texas. “Lo”, as we called him, was a Renaissance man in every definition of the term. I worked with Lo and his extraordinary son Peter that magical Summer between college and “life”, or in my case, “life” translated to grad school. Lo was of the “Greatest Generation”, a WWII vet who served in the US Army under General MacArthur’s command in the Pacific and the later occupation of Japan. Lo owned a company, TecFilms, that made technical and training films for the many military contractors in the Dallas Fort Worth area and he happily invited me to shoot film for him anytime he needed production work done. To be 22, handed an Arriflex camera and several full magazines is a treat under any circumstances, and I loved it. But Lo was such a deeply fascinating man I could never hear enough of his life stories; he was a sculptor, an architect, he played cello and spoke with a heavy Boston accent. He’s one of those people who introduced me to the big world as it was when he was younger, and the world now but from a very clear and unique perspective. People like that come along once in life and any time spent with them is irreplaceable.

Tell us about Moonchild and how did Marcus Nispel get involved?

I had known and worked with Marcus since the 1990’s and was fortunate enough to do sound design on several of his commercials. He hired my sound design and music company, Stimmüng, do to the sound on his film BACKMASK, which was later titled EXETER. While working in post with any director, one has long, late night conversations while doing the work. He told me his dream project would be a movie about the Manson Family, but told like the movie BOOGIE NIGHTS, very character rich and a hard look at lost amateurs. We talked about it every night, and the idea grew on me. I couldn’t shake Marcus’s vision, and volunteered to write it for him.

Marcus’s first exercise for me was to write a list of the most “100 strange and weird facts about Charles Manson”. From that, we discussed “Who is the main character in a story that has no relatable heroes or redemption?” We chose to focus on Linda Kasabian, the one Family member who offered her testimony against Manson and his followers. She was a female hero who, many years before the Harvey Weinstein scandal, testified against a powerful, dangerous man, brought him down and sent him to prison. It was one of the most exciting, and rewarding writing experiences I’ve ever had. The other part I found exhilarating was Marcus knew how much I loved the Rock and Roll performers of the 1960’s and gave me free reign depicting Dennis Wilson, Peter Fonda, and Papa John Phillips. He also encouraged me to depict Manson not as the deranged guy with a swastika carved on his forehead that we know now. Marcus challenged me to find the charismatic, powerful Manson that found a way to completely control people’s lives to the point where he persuaded middle-class American teenagers to commit mass murder.

I was fortunate to continue working with Marcus on other projects. He recently brought me on a polish for a movie entitled IMMACULATE by Andrew Lobel, a horror/science fiction movie that I absolutely loved working on. Films that feature deviant science, ancient artifacts, and the Roman Catholic Church can not go wrong!

If you could remake any movie, what would it be?

Guillermo Del Toro is doing it now – NIGHTMARE ALLEY – the 1947 film noir I’ve always absolutely loved since I was a kid. Starring Tyrone Power as Stanton Carlyle, a small time con artist who works with a creaky, traveling carnival, it’s one of the most gripping, intriguing, and deeply satisfying films from that era. Every character, played admirably by the great Joan Blondell, Ian Keith, and Coleen Gray is memorable. I hope Guillermo does as good a job as I think he will.

Because NIGHTMARE ALLEY is being done, the other option is a full on FRANKENSTEIN film produced through Universal. It’s one of their biggest branding opportunities, why not make a real Frankenstein film utilizing the classic makeup Jack Pierce devised in 1931 – with the flat head, huge bolts in the neck, scars on the forehead, giant boots and black suit? The idea of reanimating a corpse (with a criminal’s brain) with bad science is just as captivating now as it was when the brilliant Mary Shelly came up with the idea in 1818. Imagine Frankenstein’s monster walking again onto the big screen? It would be awesome!