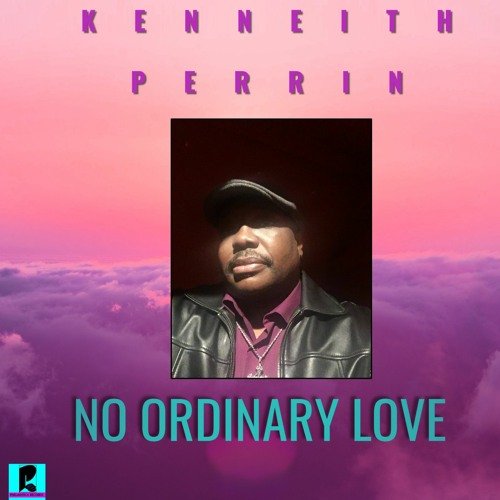 I was setting up microphones in the back room of Bar Lubitsch, a Russian-themed bar in West Hollywood with a macabre decor that transports you into what feels like a Cold War-era speakeasy. Candelabra lights are scattered amongst dimly lit suspended lamps, dusty mirrors and antique paintings of a bygone era that would be scandalous

I was setting up microphones in the back room of Bar Lubitsch, a Russian-themed bar in West Hollywood with a macabre decor that transports you into what feels like a Cold War-era speakeasy. Candelabra lights are scattered amongst dimly lit suspended lamps, dusty mirrors and antique paintings of a bygone era that would be scandalous outside of their place and time. A couple of musicians were setting up when Kenneith Perrin walked in, unassuming with his honest smile and genuine interest in you and your day above all else. He introduced himself and we began to talk, along with a few of his band mates, who were all just as pleasant to converse with. Later, I found out that this was the first time this band had ever played together as a whole, which made what I witnessed next that much more amazing.

Performing on stage…feels like a second home. I love engaging with the crowd and I try to leave listeners with a sense of hope and inspiration after every performance.

Seeing Kenneith live is an experience! There could have been nobody in the room except me (the humble sound man) and I’m confident that he would have put on the show of a lifetime; just because he doesn’t know how to do anything otherwise! His presence filled the room with an energy I’d be lucky to have after my best night of sleep, and that soulful joy just didn’t stop for the entire set. In a rare choice at this venue, Kenneith elected to set up on the floor while the band was above him on stage, and one of the reasons must have been because he wanted to move! The other reason is that Kenneith is an incredibly humble, down-to-earth man, despite being able to hit notes as high as the ceiling, and hold them out long enough to smack the back of the room. Accenting all of this was an amazing band (Did I mention they had never played together as a full group? I did, but I wanted to again), with tight drums, fat bass lines and guitar solos I couldn’t believe.

So that was my introduction to Kenneith Perrin, and I hope it’s yours too (see the link below for his current tour dates). Actually, I take that back. Let’s let this be your introduction to the pop/soul artist, “No Ordinary Love,” his newest single:

I’m torn right now. I could describe that song to you with my best words, but I’m hoping that you just listened to it. And listened again. And again…because that song slaps! Like Kenneith, it enters in a modest way, warm and inviting. His voice breaks through the music, accented by those swelling background vocals that climax before the chorus. And then those horns! The sharp horn hits that carry us back into the verse that just feels like Kenneith is pouring his heart out to an unknown somebody, and we are along for the ride.

Okay, I’ll stop, because I could go on. I asked Kenneith about the production of this song, and this is what he had to say.

I co-wrote this one. I wrote it with my keyboardist and good friend, John Trujillo. He initially already had the music arrangement for it and played me a sample of what he had been working on as far as the melody. When I first heard the sample, the lyrics, ‘This ain’t no ordinary love,’ immediately came to mind. From there it was pretty easy to write verses around the hook. It was probably one of the easiest songs I’ve ever co-written because everything just seemed to really flow.

The flow is apparent, which is incredible given the journey this song takes you on, from a quiet introduction to smooth verses, a swelling pre-chorus followed by a catchy hook that gets your head bouncing (I’m doing it again…); and that bridge! Oh my goodness, the musicianship and production value in the recording, mixing and mastering is so professional — this song belongs on the radio…now!

Our producing partnership usually centers around his focusing on the technical aspect of the production (instruments, tones, textures, etc), while mine focuses more on the creative (percussion, vocals, harmonies, etc).  These roles sometimes switch depending on the arrangement and song structure. But overall, it’s a fun process and we enjoy collaborating very much.

You can hear more from Kenneith wherever you stream/buy music. He is a prolific artist, so there is enough content out there to fill your day with great soul music. Furthermore, to get that full Kenneith Perrin experience, you can catch him on his first nationwide tour this month and next.

I just kicked off my first national tour last month, so I’m hitting the SoCal region till the end of this month, then I go east to play shows closer to my original home in Georgia…I’m just grateful to be able to perform at all with everything that has happened with the pandemic. Truly blessed.

He is blessed to play, but you will be blessed to see him perform, so go check out Kenneith Perrin if you can; and in the meantime, follow him here: