The Value Of Truth: I’m Finally Ready To Talk About THE LAST DUEL And Why MEN Need To Check It Out On HBO 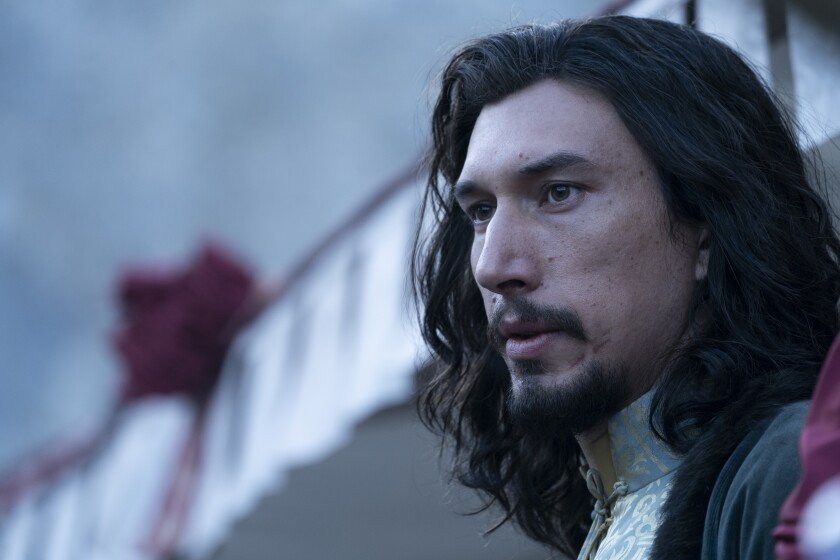 So many spoilers and a HUGE amount of Content warning: Sexual Assault.

Matt Damon is a kind, masculine, good ol’ boy. He has built a career that attracts men, couples, and smart fun-loving people to cinema. Ben Affleck has always edged on being the A**hole best friend to the good guy. But Affleck has always been revered as a talented, hard-working, guy’s-guy. And Adam Driver… well, Adam Driver is Kylo Ren. He is a former Marine. He is masculinity. He is wild. And he is a big draw for male audiences.

And Jodie Comer is the equal challenger of the great Sandra Oh In KILLING EVE. Comer is brilliant, measured, beautiful, and hides strength in her coy grin. She held her own in FREE GUY with Ryan Reynolds and has since been on everyone’s radar the moment she graced the silver screen. She is one of Hollywood’s top trending British actresses, known for playing Rey’s mother in Star Wars Episode IX: The Rise of Skywalker. Even as a newer player on the scene, Comer is a real draw with audiences.

So, did the men go see this movie??

With an 85% rating on Rotten Tomatoes (which is a very good score) and tons of critic support … and an audience that seemed to enjoy it, it was considered a COVID flop, something unrelated to the movie. But I think the content of the movie pushed movie-goers to take a step back from something that wasn’t exactly escape-ism.

I’m NEVER going to go to the movie theater to watch someone get raped if I know it’s coming. Never. Ugh, Never. Ever.

But I can choose it when I’m prepared at home under a blanket and hot tea, now is the time for all of us to watch and discuss.

If you are not yet familiar (or forgot due to a COVID memory time-warp), in “The Last Duel: A Modern Classic with an Ancient Lens,” Powell Sheagren sums up the movie perfectly:

Yes, this movie is about a rape. It is the most off-putting of themes starring almost entirely men. In 2021. I HATED the vibe I felt in witnessing the marketing campaign. What I gathered immediately: This movie is about Rape. It’s actually about a bunch of famous men. Yes, you’ll witness a full (no nudity) rape in this movie… maybe MORE THAN ONCE. And also, yes, it’s all men behind-the-camera as well. F*** that. Seriously, F*** all of that.

But, there was a woman who helped write this story… I just couldn’t find it in the noise of the press. In “When Matt and Ben Met Nicole: How They Came to Write ‘The Last Duel’” By Kathryn Shattuck:

I recommend reading that entire interview, it was eye-opening for me, a person who said “I’m not going to see rape in a theater” and thus missed the whole point of the project. But I bring up the piece “The Last Duel: A Modern Classic with an Ancient Lens” above to point out a very specific theme that was so painful to endure, that I couldn’t even speak about the film after I watched it from the safety of my home:

In the third act, Marguerite de Carrouges sits with her newborn babe and says that she understands the women before her, she understands now that enduring rape and all that comes with silence may have been the best advice after all. She realizes she may perish just for bearing witness to her most grievous injury. AND her husband was violated (as women are property in 14th Century France… and most everywhere). Marguerite de Carrouges had come to the terrible conclusion that being complicit, quiet, and stoic in the face of sexual violence may have been her best chance at a good life.

This moment is not a “teachable” moment with lessons to be learned about shutting up. This was a moment for a singular woman in her circumstance to declare the love of parenthood to be the most powerful thing in the world with no other autonomy available to her. Her love as a Mother was worth the cost, if only she has known that Motherhood would be at stake in her fight for agency. This is not a lesson for all women, of course, this is the only intimate and real revelation for Marguerite de Carrouges in a movie about men and their violence, vanity, and brokenness. Marguerite de Carrouges exists in this scene as herself, the only character, the only moment that isn’t about a man – the only moment that may barely edge the whole film towards passing the Bechdel Test, if she wasn’t literally speaking to her husband, basically her captor.

This moment in not universal and not about rape, this moment is part off the original screenplay portion gifted to us by writer Nicole Holofcener, this is a moment for Marguerite de Carrouges to reflect. Her circumstance is nothing like mine, I don’t need to compare, but her testimony to the value of truth being violently stripped away for the hope of parenthood is telling. Parenthood and hope is powerful, but Truth had been stripped of its honor by the men of her world.

Matt Damon’s character prances through the street with his bloody victorious dagger in hand, having touted the “truth” with his wife riding behind, unable to see how truth had anything to do with what unfolded.

I’m finally ready to talk about this movie because it’s IMPORTANT. This movie may be 100% in reaction to Justice Kavanaugh (when he had a public meltdown when he was Supreme Court Nominee Brett Kavanaugh) who had no idea what consent or rape was – the main push for the #MeToo movement to come back into the public spotlight. The reason many many many men were momentarily publicly shamed for sexual assault and why a few men lost their jobs or faced justice for their crimes. This was a moment in history when American men learned (perhaps for the first time) that “no” means no, even if you “perceive” it to be coy. But these truths were uncovered at what cost for the women involved?

Even Powell Sheagren had a brief moment of clarity, that this film impacted his understanding of consent as well:

Yes, I encourage everyone to see it. The rape scenes are not what you think they are, they are a masterclass in acting and learning. No one needs to go on 1,000 terrible dates and learn the looks, the signals, the cries the hard way – young people (older teens) can watch this and understand the various ways in which we understand each other and our bodily cues, our circumstances, and our own actions/reactions. This movie can actually TEACH young and old alike how truthful experiences can be twisted into false narratives. And I wish to go one step further and say that in the act of consent over bodily autonomy, this movie is important in the cultural discussion.

If we want “He For She” and men participating in the movement of feminism, we HAVE to get past the men in front of and behind the camera telling this story about an assault on women – the narrative surrounding violence against women is actually a problem of male violence. This movie was made by and for men about the very issue they need to seriously, deeply, transparently, vulnerably, immediately discuss. Together.

I’m gonna pivot to gush over what part of this movie WAS for me: the acting performances.

Jodie Comer as Marguerite de Carrouges is stunning. She creates three women. Three entirely different women grown from a single beginning point when she enters this nasty male vanity narrative. I already loved her and this was a masterclass in subtlety. She LITERALLY goes through one of the worst experiences a woman can ever perform on camera and does it twice with such subtle adjustments, your body reacts differently to the performance – to be clear, both versions are 100% no-discussion-needed rape, buuuuuuut the point of one of the scenes is how a lustful, violent, gross dude can think he is successfully tip-toeing the line of how a proper lady – who is married – is allowed to operate in sexual situations based on his extravagant lust for sex-workers and sex-parties with powerful men. One scene is brutal and one scene is a super gross male-gaze interpretation of a female rape fantasy. These scenes must be the pride and joy of intimacy coordinators – the subtlety is masterful.

Matt Damon as Sir Jean de Carrouges is delightful. Jean is not a cool dude. And Damon is properly pathetic in his vanity and insecurities. Bravo. He is the worst and comes out still the-best-one-can-hope-for in awful times for autonomous womanhood.

Adam Driver as Jacques Le Gris is … how do I say this without seeming creepy? Driver is very talented, measured, exacting and must know himself well. He plays his part well. He swings that pendulum from stallion to nightmare. Yes, that’s it, he’s a nightmare stallion. Nailed it.

Ben Affleck as Pierre d’Alençon is actually so well cast, I could barely contain myself. I think this is the way America sees Ben Affleck. You like him, but you think he’s a self-centered tool of the patriarchy (which I know he isn’t, of course). I’m so proud to see an actor/producer cast themself in something not at all self-serving. He’s pretty great in this as a case for the “outside man” being a huge force in the world around him because of his self-ish yield of great power. He is a guy’s-guy in this world. He loves his friend. He is the downfall of everything without thinking he is ever truly a ‘bad guy.’

I love a movie with moving masterful performances, invite a cinema lover to watch this with you, it’ll be a delight. If you’re ok with nightmare stallions, of course.