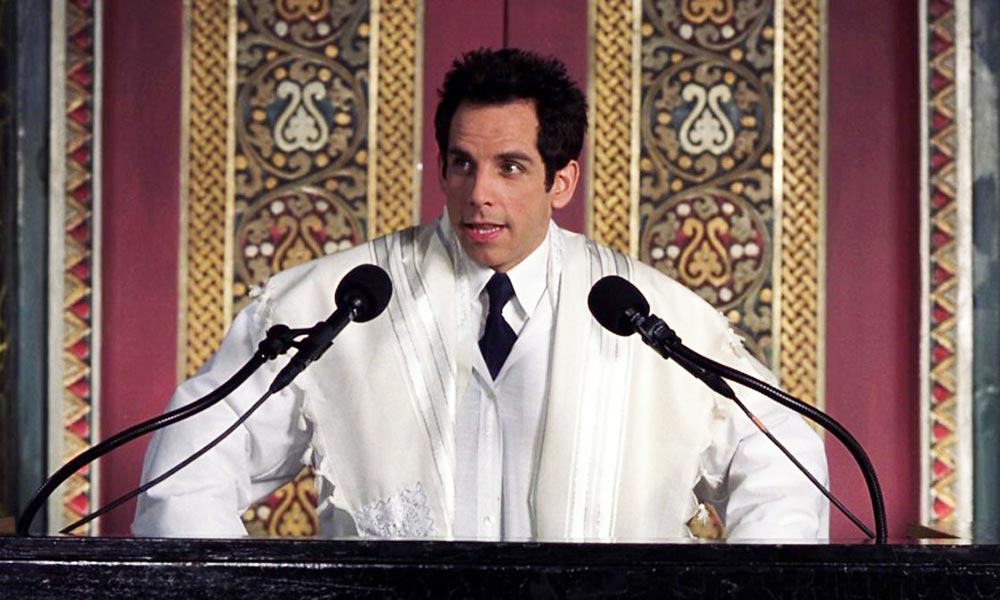 Celebrating holidays and important milestones through cinema has been a tradition in my family since before I was born. My Father was a Pastor and every Sunday surrounding a holiday was often church focused and the days in between (or the actual holiday) were often an afterthought. As my parents worked tirelessly to give my

Celebrating holidays and important milestones through cinema has been a tradition in my family since before I was born. My Father was a Pastor and every Sunday surrounding a holiday was often church focused and the days in between (or the actual holiday) were often an afterthought. As my parents worked tirelessly to give my brothers and myself beautiful holiday experiences, but behind closed doors we all just needed a break. We were the family that spent Christmas and Thanksgiving at the movie theater. We spent all of family time in cinema and a meal afterwards to enjoy the discussion about what we experienced.

I’m raising my family with similar traditions. BUT with the new structure of streaming and buying movies that are mostly my choice these days, I think it’s important to watch certain movies ON or around the day so that streaming giants, advertising companies, and the industry at large will hear the voices of the people on what films should be showcased the following year.

“It’s the culmination of the Days of Awe, the 10-day period during which we’re supposed to atone for the wrongdoings of the year — and apologize to those we have hurt.

But there’s a difference between apologizing for our misdeeds and atoning for them. The process of understanding how our behaviors hurt others — and hurt ourselves, because let’s face it, many of us have not found the space to take care of our own needs this year — requires a bit more than a heartfelt text message.

Yes, atonement can be a lot to ask for in a year where everything is too much. Fortunately, at a moment in which it feels we have lost so much, we still have art — and art can help illuminate so many things, including the process of atonement and redemption.

13 Movies About Atonement for Yom Kippur, By Lior Zaltzman

The same way some groceries stores had an end-cap featuring items my family would need to celebrate Rosh Hashanah, I want my movie algorithm to show me cinema by and for certain groups of people on special occasions to uplift those voices. Today, Yom Kippur, is a day to reflect on atonement.

“A few years ago, an Israeli friend wished me a shnat d’vash — a year of honey. I thanked her for the good wish.

Then, she pointed out to me that the phrase has a double meaning. Yes, honey is sweet. But, it is also messy.”

Today may feel messy, I recognize that the way you celebrate might be different from the way I celebrate or our neighbor celebrates. Seeing sacred ceremonies in cinema is a glimpse into the filmmakers and artists surrounding a movie (not a how-to video). Here are a few gems to consider for cultural consideration. I consulted 3-4 lists (I’m not the first person to want a list AND I’m not an authority or an educator on the subject of Jewish traditions) and a good friend to narrow down to a few options (to prevent overwhelm and to highlight specific movies):

“Ben Stiller plays a hot rabbi in this classic ’90s movie about a love triangle between Stiller, a priest (yes, who is played by Edward Norton), and their high school crush, Anna, played by Jenna Elfman. Rabbi Jake’s love for Judaism is fun to watch — the caricature of an overbearing, over-the-top Jewish woman rabbi Jake gets set up with, played by Lisa Edelstein, is not so great — but she does bring some surprising comedic chops to this role.” The Best Romantic Jewish Movies to Stream,  Lior Zaltzman

“This super-Jewish Coen brothers film, set in 1967 Minnesota, tells the story of Larry Gopnik, a physics professor whose life and faith are unraveling. In Job-like fashion, Gopnik, befallen by so many tragedies, seems not to understand what he has done to deserve this hand he has been dealt — but for us, as the audience, the cause of his tragedies isn’t all that mysterious.” 13 Movies About Atonement for Yom Kippur, By Lior Zaltzman

“Right after the end of the Shoah, two Orthodox men — a man and his grown son — return to their village in Hungary. The ghostlike presence of these two Jews haunts the villagers, who are preparing for a wedding. They must confront their own roles in the destruction — while wondering aloud what brings these two survivors back to their town. The movie is about complicity, and about what it means to return — which is to say, teshuvah — the major theme of the Days of Awe.” Watch these movies before Yom Kippur!, Jeffrey Salkin

“Seth Rogen and Evan Goldberg’s HBO Max film is the most Jewish movie to come out this year. The comedy is about a man who meets his great-grandfather — a century after he fell into a vat of pickles and remained perfectly preserved. Both great-grandfather and great-grandson are played by Rogen. An American Pickle is an imperfect movie, but at its core, it is about a person who learns to embrace the Jewish identity that he didn’t always feel connected to or comfortable with.” 13 Movies About Atonement for Yom Kippur, By Lior Zaltzman

“Valley of Tears is a harrowing, ten-episode limited drama series inspired by the true events of the 1973 Yom Kippur War in Israel. Leading up to the ultimate battle, the series follows young combatants thrust into a war that was later revealed could have been avoided by leaders they blindly trusted.”

“Legendary song-writer and singer Neil Diamond stars in this remake of Al Jolson’s seminal 1927 musical The Jazz Singer. The modern story is about a Jewish cantor’s son who desires success as a pop singer, despite the wishes of his imperious father. The film takes place in the present day with Yussel Rabinowitz (Neil Diamond) playing a young cantor performing at the synagogue of his father (Laurence Olivier). Yussel is married and has settled down to a life of religious devotion to the teaching of his fath. But on the side, he writes songs for a black singing group, and when a member of the quartet takes ill, Yussel covers for him at one of their gigs. The nightclub engagement is such a success that Yussel abandons his family — and his father’s synagogue — and leaves his New York home for Los Angeles, hoping to break into the music business. Almost immediately he is spotted by spunky agent Molly Bell (Lucie Arnaz), who books him as an opening act for a touring comic. Yussel hits it big, but his father resents Yussel’s forsaking their traditional Jewish ways. His father disowns him, rending his garments and bellowing, “I hef no son!” YouTube, Paul C

And more options to consider-

“This cartoon, about anthropomorphic animals, is the only show on this list that is appropriate for all ages — as in you can watch it with kids and enjoy it as an adult. Arthur’s monkey pal, Francine, and her family are the only Jewish characters on the show. Francine doesn’t have to fast because she’s a kid, but wants to try it to prove to her older sister that she can. But when Arthur wins a pizza party and schedules it on Yom Kippur, Francine struggles with whether or not she should go. This is a good episode to watch if you have kids who are thinking about fasting for the first time or feel left out during Jewish holidays. (Bonus: Joan Rivers lends her voice as Francine’s grandma.)” 7 Yom Kippur-themed TV shows to watch, LINDA BUCHWALD

““Entourage” had its ups and downs over its eight seasons, but this episode is one of the best. Even if you’ve never seen the show — about actor Vince Chase (Adrian Grenier) and his buddies living large in Hollywood — you can get what’s going on. All you need to know is that Vince has been chasing the lead role in a Pablo Escobar biopic. His former agent, Ari Gold (Jeremy Piven), and producer, Nick Rubenstein (Adam Goldberg), have one day to get him the role — and that day happens to be Yom Kippur, when they are both at synagogue with their families. The highlight here is Ari at his most Ari as he tries to use his phone without his wife finding out.” 7 Yom Kippur-themed TV shows to watch, LINDA BUCHWALD

““Transparent” is one of the best depictions of Judaism on TV today; this episode proves why. The Pfeffermans, like many American Jews, are not the most observant family, but they observe Yom Kippur (though, also like many Jewish families, they have varying levels of commitment). Additionally, the episode is educational for those who don’t know anything about Yom Kippur, as it shows a lot of details, including the line to get into synagogue and a peek at the actual service. Then there’s the break fast, which, like most Jewish family gatherings involves people talking over each other, arguments, tears and, of course, bagels.“7 Yom Kippur-themed TV shows to watch, LINDA BUCHWALD