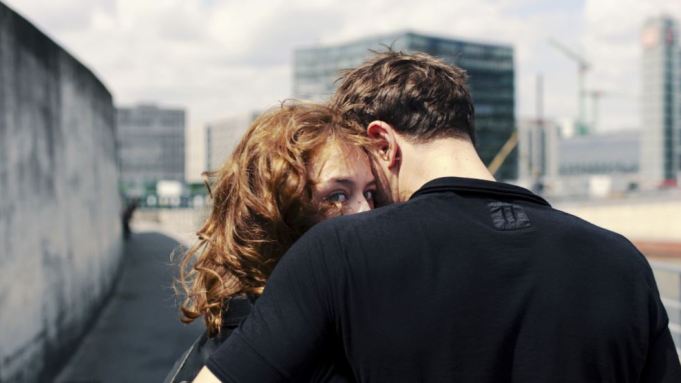 Its most “interesting” parts end up being my least favorite part.

Think German Little Mermaid, but depressing…which I guess is reductant. In a gross over- simplification, undines are creatures connected to water. Think nymphs, mermaids, your classic “Lady of Lake” and what have you. In Christian Petzold’s Undine, our undine is…Undine, played by Paula Beer. Beer is a historian who gives speeches on the urban development of modern-day Berlin. We meet her as she is being dumped by her boyfriend. He tells her about the other woman in his life. She ends the conversation by saying if he leaves her… she will have to kill him.

You know… the usual.

Now I could spend this review taking the time to and bring everyone up to speed on the myths and legends behind undines, but I’m not sure if that would help. Because you see, there are not a lot of overt connections to water nymph myths. We see her at her job, giving a tour and a speech about how Berlin’s urban layout has come to be. Beer returns to cafe where she left her boyfriend, to hopefully patch things up, but he’s gone. She runs into the accident prone, but lovable, Christoph, played by Franz Rogowski. Their meeting does involve some supernatural elements, and a breaking of a large aquarium, and they come out the other side as new lovers. And for awhile, the movie takes a break from the whole “undine” of it all.

This movie feels likes it wants to be all about Beer’s and Rogowski’s new relationship, because that’s where this movie works the best. The water nymph subplot isn’t bad, it just adds context to choices. “Why did X or Y happen?”, cause she is part fish lady. Its most “interesting” parts end up being my least favorite part.

It would probably help if I was super into nautical themed love lore, but I’m not, so admittedly some of it will got over my head. However, seeing Undine and Christoph explore each other’s lives, hearing Undine’s speeches about Berlin’s physical history, and watching people take trains everywhere, was honestly enjoyable. I just can’t shake the feeling that you can see what the pitch was, “Let’s do a movie about a young romance, but here’s the twist… she is an undine and if her lover cheats on her, he dies!”

Again, if you’re super familiar with the mythology, you’re probably rolling your eyes at my review, and thinking that the “modernization of an undine story is really clever.”

With all that said, I could have used more undine shenanigans. If The Shape of Water is on one side of the sea creature lover movie scale, Undine is on the opposite side. The “subtle, quiet, let’s learn about why Berlin’s city center is where its at” side. Does that make it a good movie? I did get to add a new animal into a my “Great Modern Movies Animals” with Big Gunther. He joins the ranks of Black Phillip from The V V itch, and the cat from Gone Girl…so there’s that.