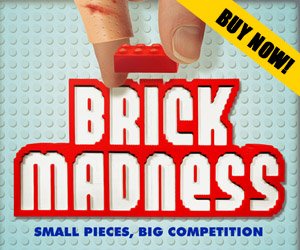 BRICK MADNESS just released and the cast and crew are getting antsy to engage since all Los Angeles events are delayed or canceled due to the pandemic that shall not be named. So, they want to invite people from all over the USA to engage in a watch party with a webcast of the cast and crew enjoying a brew or seven. And YOU’RE INVITED!

Hey yo! We’re having a Brick MADNESS Watch Party / Drinking Game on the night of January the 15th.

With Amazon Prime Video Watch Parties, you can chat with up to 100 friends while you watch BRICK MADNESS online together. It’s almost like watching side-by-side in real life — without having to share your popcorn and beer.

There are a few ways to participate.

1. By using the Watch Party feature in Prime on a desktop or laptop through Chrome or Firefox.

2. By watching the movie on Prime through your TV or smart device by syncing your play start with our countdown.

3. By watching the movie on DVD or Blu-ray by syncing your play start with our countdown.

We will also be doing a ZoomCast for those who have already seen the movie and want to follow along with the cast and crew while they offer exclusive commentary and give the play by play for the actual “drinking” game.

As you can see, there will be multiple ways to interact and whether you’re on a smart TV, with a smart device, or watching it on disc, you’ll be able to have some fun with us and watch us get stupid 🙂

Also, THERE WILL BE PRIZES!

What is required to start or join a Prime Video Watch Party?

1. Every participant will need to buy or rent the video, similar to watching it on your own.

2. Then check the EventBrite and FaceBook invitation pages for the Watch Party And Chat LINK at 6p on Friday January 15th.

3. Click on the WEBCAST Link for the video of the BRICK MADNESS Cast and Crew

5. Refill the drinks and snacks you already started. Enjoy.

One note: If you want to check out the ZoomCast then you might want to have a separate device or a couple different screens. You can do that on anything you could normally do Zoom on. That will be the most interactive.

We’ll send out more info on the day, but for now, sign up below and have some fun with us. And remember, just because it’s a “Drinking Game” doesn’t mean this is alcohol only. The movie’s director doesn’t even drink and he’ll certainly be playing along. We look forward to seeing you there!