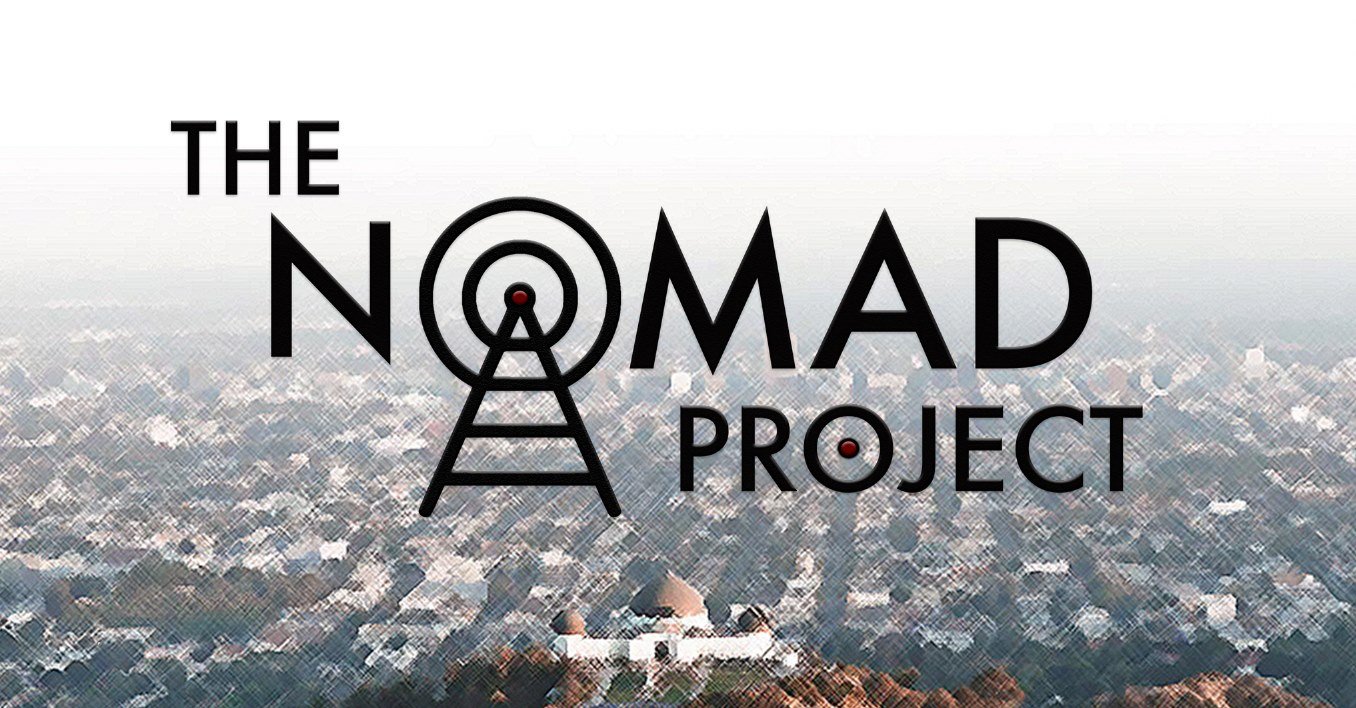 “I’m a big fan of rebranding experiences and subverting expectations – I started a theatre company in Phoenix that exclusively performed on the light rail (public transportation), flash-mob style, because I was constantly seeing this disparity of privilege in who was attending/enjoying theatre. So, with The NOMAD Project, I wanted to do something that still felt like it was for our patrons, but something that we could execute/could be enjoyed safely but with the possibility of a live experience.” Creator Mark Jacobson

When I first moved to Los Angeles, I had some wonderful friends who invited me to see their show at Coeurage Theatre. This has consistently been the only theatre company I felt comfortable recommending to friends and colleagues for over a decade, knowing that whatever show I bring them to will be stellar. I have come to shows from their first season to their tenth season and I’m excited to invite you to their their brand new COVID safe experience, The NOMAD Project.

I asked The NOMAD Project creator Mark Jacobson to tell me how this ground-breaking new initiative of immersive, location-specific storytelling experiences came about and how he got connected to Coeurage in the first place. From a very early age, Mark was inspired by the work at Phoenix Theatre, training and even working in the box office. As a recent USC graduate in theatre and broadcast journalism, he found his way to see Coeurage’s production of Balm in Gilead and then stayed for the 10 productions he ended up joining after that!

Jacobson: “I knew from that point on that this was a group of people doing the kind of work that excited me and I was going to wear them down into letting me hang out with them.”

But then in March 2020, everything changed. Working in theater during the pandemic is … almost impossible. I miss going into the theater and experiencing the pre-show magic of a pre-set stage, the smells and atmosphere, the shivering of the cold before the lights, reconnecting with friends and artists in the lobby, and finding the best seat to enjoy the feast for the soul. I know there are options out there for feasting post-pandemic if I just leave myself open to the possibilities.

Jacobson: “When theatres – and really, everything – went dark in March in response to COVID-19, there was this panic throughout the theatre community to be producing something, anything. We had just made a change in artistic leadership and were finalizing a full season of productions as this reintroduction to the company after 10 years and obviously all of that needed to be put on hold. We had a company meeting, speaking to this need to create but also seeing that the market was already oversaturated with Zoom readings and – in our experience – even those are significantly more satisfying for the artist than the audience.”

Mark Jacobson created something special that I would describe as thoughtful, interesting, and unique. I have lived in Los Angeles for 13 years and I love each pocket of the city for it’s own personality and richness. I lived in NoHo, Silverlake, and now Hollywood. As an actor, I have worked in every single neighborhood in and around the city and got to know the streets and shortcuts back when we all had a Thomas Guide in our back seat. Anything that is rooted in my city gives me joy because I KNOW this place so well. I can picture standing on almost any major junction. And I know Coeurage itself has hosted works in so many different spots, never truly rooting in any single neighborhood, I felt like this project was meant for me. This relocation element allowed Coeurage to turn this limitation into an opportunity.

Jacobson: “For me personally, whenever I see the majority of the community doing something, my gut response is to really consider if we need to follow suit or if it’s an opportunity to distinguish ourselves and do something novel.”

Yes, they did. It’s novel and it’s wonderful! From their initial announcement I learned that Coeurage has partnered with SXSW 2020 Hackathon Winner Marble AR for real-world, augmented reality integration at all of the locations used. Audiences looking for the in-person experience can access The NOMAD Project’s “Marbles” using Marble AR’s app, where they will appear when users are physically near each story’s setting.

Jacobson: “We reached out to an exciting, inclusive group of playwrights and screenwriters that we had been itching to work with or with whom we had an existing relationship and gave them the prompt of setting a piece of theatre at a specific coordinate on the map, using real life as the set design and drawing on details to paint the picture aurally. Without specifying anything more, we got a wonderfully wide variety of genres and time periods, and some work that was informed by the awakening on systemic racism that the culture fortunately has embraced since the killing of George Floyd. Now, at least a small piece of Coeurage can be near wherever our patrons are, with 9 stories spread across LA county. And we’ve shown that this model really works, so I’m chomping at the bit for more opportunities to expand the map, to focus on communities whose voices need representing, and to partner with companies everywhere.”

What I’ve enjoyed about Coeurage Ensemble (rebranded from Coeurage Theatre) is that every work I’ve seen from them has been unique. Sitting through a phenomenal performance of “LA Lights Fire” performed by the incomparable Joe Calarco, written by my all-time favorite Eric Czuleger, at The Hollywood Fringe Festival a few years back really made me stop and take stock of what Coeurage has brought to Los Angeles. And after watching “Failure: A love Story,” I remembered saying to my companion that Coeurage has inventive integrity. They push limits, they take huge risks, and they deliver above and beyond my expectations at every turn. They are highly respected creators and collect accolades. They are the only Pay-What-You-Want Theatre in Los Angeles AND the consistent high-quality theatrical experience I need to feel connected to my city. They have a stellar team of people who are also incredibly kind. Just today I received my hand-written Thank You letter for my December financial contribution from Nicole Monet, the Executive Director of Coeurage Ensemble. I’ve never left a show at their theatre without feeling like I just had a reunion with old friends, even when I didn’t know many people there prior to that performance.

We need theatre. We need artists. And the only way to keep that possibility alive is to embrace this faithful liminal creation of the in-between. The theatre needs us to step up and devour what they are serving. If you’ve ever been touched by a performance or enriched by performing yourself, I encourage you to step out of your comfort zone and get dressed up and experience what these artists and brilliant engineers have crafted just for you… and yes, you can consume in the comfort of your own home.

Jacobson: “And really, the lion’s share of the actual, necessary work was done by the producing team – Cristina Gerla, Katie Pelensky, Katelyn Gault, and Joe Calarco (who is most responsible ultimately, as sound designer, sound editor, and our augmented reality coordinator), I just brought the initial spark. All that to say! In terms of growth – personally and professionally – I’m working to embrace that present is better than perfect.”

The ongoing project debuts with nine different stories based at specific coordinates around Los Angeles, using existing locations as inspiration for fully produced aural journeys. Audiences can experience them in-person, on-the-go, or from the comfort of home. Keep an eye out for more content including films, 360 video, live events and other surprises.

Coeurage Ensemble is an Exclusively Pay What You Want Performance Company Exploring Live, Digital and Emerging Media Storytelling. From their website, Coeurage Ensemble’s vision is a theater company that continually lifts up artistic voices from the global majority, provides equitable access to theater, reaches traditionally underserved audiences and explores new storytelling languages in emerging media—all while producing work that reflects core values of egalitarianism and hope for a better world.