What If I’m Hyping Up GEMINI MAN Too Much? 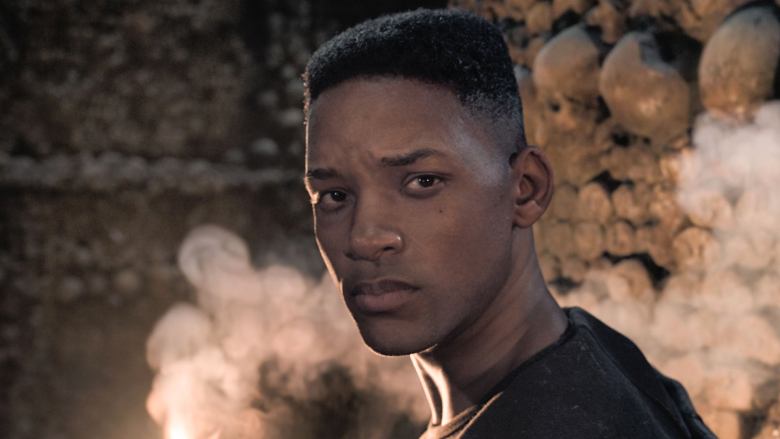 I wanted to love it. It’s got all of my favorite elements. Will Smith stars in this classic sinister post-war-buddies-turned-global-mercenaries CIA connected action movie.

GEMINI MAN just dropped on HULU and I couldn’t wait to watch it.

Smith portrays a hitman entering retirement only to be pulled back into an off-the-books intelligence agency mess one last time to discover that he is being taken out by the only other kill-for-hire-King worthy of taking down this legendary trigger-finger: a younger clone of himself.

But *classic* in the sense of global-mercenary-ex-pats films that don’t have any substance, maybe a little boring -past the gimmick of Young Will Smith fighting present day still-in-peak-shape Will Smith. The uncanny valley in broad daylight is an issue, but I can get past that easily. No biggie. But the action sequence of Will Smith’s own personal single-shooter-video-game is really hard to get over. The hand-to-hand fighting in close quarters is great. I like it, but I didn’t love anything about it and I wanted to love it as much as I am talking it up to people. And I’m still talking it up to people! I think it’s just a true testament to what it means to be a fan. I love Will Smith and I’ll watch this movie just to hang out with him for a bit. It’s an odd feeling to brush off that I didn’t like the movie because I loved the performances of Will Smith and Mary Elizabeth Winstead (Birds of Prey, Scott Pilgrim).

Mary Elizabeth Winstead creates a little haven that is pretty fantastic for movie watchers to enjoy. Everything she touches is understated gold. Winstead is effortless adult charm combined with believable CIA legacy vibes. I’d rather have watched this movie with the Smith and Winstead roles reversed. I know some audiences would be very repelled by the idea, but their roles really could be switched if they were closer in age. On that note, this too-serious-to-flirt push to have Winstead attracted to middle-aged AND youthful Will Smith was not very convincing, but it seemed like it was there for plot purposes and less of an option because there was actual chemistry, because there wasn’t any. The casting was great, despite this issue.

Do you like guns and Clive Owen? Do you like staring at Will Smith for maybe 30 minutes too long? Then you’ll like this movie. So, go for it. But it’s ok if it just falls short of how excited you were when you read those two previous sentences.