What Is The IATSE Strike? Will All My Fav Shows Go Away Again? Is There A Video To Explain? 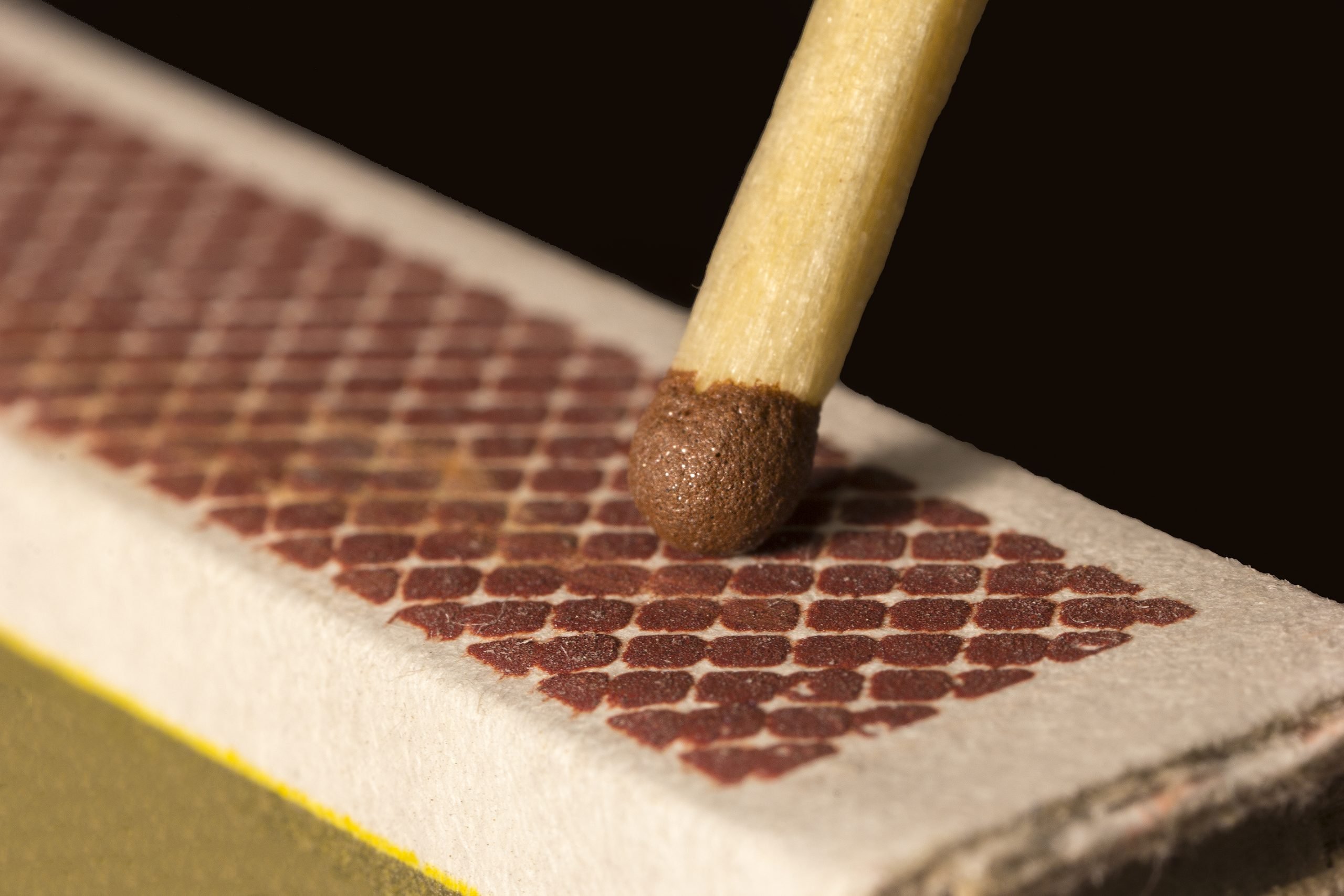 First note: I urge you to always click and read directly from the source. Updates, movements, and details are constantly changing in the film industry. Get familiar with clicking HERE (https://www.basicagreement.iatse.net) first. Read on for info on IATSE and the possible strike. Yes, your shows will stop (that’s important for negotiations). BUT, if you knew

First note: I urge you to always click and read directly from the source. Updates, movements, and details are constantly changing in the film industry. Get familiar with clicking HERE (https://www.basicagreement.iatse.net) first. Read on for info on IATSE and the possible strike. Yes, your shows will stop (that’s important for negotiations). BUT, if you knew how many people died, were hospitalized, lives destroyed, divorced, never recovered their relationships with their kids, quit their careers, or just plain settled for inhumane treatment out of fear of being homeless – you might think twice about relaxing while you enjoy TV time. I want to relax and enjoy watching The Boys (fav show right now), I don’t want to feel guilty about needing entertainment like See (another super fav right now – LOVE IT). I want very very very rich execs to allow crew members to eat lunch (or dinner). It is more than possible to have humane working conditions across the board, we’ll get there soon. LOTS of productions have GREAT working conditions!! It is a proven and viable model for production. It’s true! So, let the negotiators set a basic standard.

Read about them HERE (https://iatse.net)

The International Alliance of Theatrical Stage Employees, Moving Picture Technicians, Artists and Allied Crafts of the United States, Its Territories and Canada (IATSE) was founded in 1893 when representatives of stagehands working in eleven cities met in New York and pledged to support each others’ efforts to establish fair wages and working conditions for their members.

Today, we work in all forms of live theater, motion picture and television production, trade shows and exhibitions, television broadcasting, and concerts as well as the equipment and construction shops that support all these areas of the entertainment industry.

We are more than 150,000 workers strong in virtually all arts, media, and entertainment crafts, and our mission is to improve all entertainment workers’ lives both inside and outside the workplace. (https://iatse.net)

Within the U.S. and Canada, there are more than 360 Local Unions whose members make up the rank and file of the IATSE. These Local Unions are organized by geographic region and craft jurisdictions, which can be found at our Local Union Directory.

Each local is an autonomous, independent 501(c)5 nonprofit entity. Each determines their own Constitution and By-Laws, officer elections, dues structure, membership meetings, and more through democratic processes.

Locals negotiate labor contracts regarding wages, work rules, and grievance procedures. Some also provide services to their members by administering health and retirement funds, and providing training and education.

What Do They Want? Read the IATSE Hollywood Locals Joint Statement

I.A.T.S.E. – WE STAND TOGETHER!
This is about our future – Wages, Benefits, Safety

Though the demands on each Craft are different, the I.A.T.S.E. West Coast Studio Locals are united in their fight to see that no member is left behind.

The I.A.T.S.E. Locals are unified in their support for Living Wages:

–  ALL members should be able to afford rent and food without worry.

–  ALL members should be able to raise a family without worry.

–  ALL members must be able to live a decent and dignified life.

–  ALL members deserve wages that recognize the evolution of “(Not so) New Media.”

The most profitable companies on the planet do not need cut rates that were negotiated to address a once emerging distribution method. Apple, Amazon, Netflix, Facebook…should all pay industry standard wages to the professionals who crew their productions.The I.A.T.S.E. Locals are unified in their support for Sustainable Benefits:

–  NO members should worry about how they will fix their broken and exhausted bodies.

–  NO members should worry about what will happen if their children become sick.

–  ALL members deserve to retire with grace and dignity after giving the prime of theirhealth and well being to create profits for this industry.

The pandemic has affirmed that health and retirement benefits are the ultimate safety net for working families. Making sure those benefits remain stable and well-funded in the face of rampant health care inflation and an uncertain investment environment is critical.

The I.A.T.S.E. Locals are unified in their support for Reasonable Rest periods between shifts and during the work day.

–  ALL members need time for sleep.

–  ALL members need time for friends and family.

–  ALL members need time for themselves and for their sanity.

–  ALL members need to get home safely.The science is clear – long and irregular hours without adequate breaks and rest are unsafe. The negative impact on health and well-being is well documented and nobody should accept or defend 14 hour days without a break as an industry standard.The I.A.T.S.E Locals are unified in their recognition that no other industry demands its employees work without bathroom, meal, or relaxation breaks day after day.

The I.A.T.S.E Locals are unified in their commitment to paid sick leave that can actually be used as a basic right post pandemic.

The I.A.T.S.E. Locals are unified in their knowledge that it’s not that the Employers can’t afford to pay for what ALL members deserve…

The I.A.T.S.E. Locals are unified in their knowledge that the Employers just don’t want to spend their profits to provide the workers who generate those profits the Living Wages, Reasonable Rest, and Sustainable Benefits they deserve.

“For months behind-the-scenes workers have advocated for a new three-year agreement that would give them improved working conditions, streaming residuals, and the ability to earn a living wage. Their current contract, which had been set to expire on July 31, was extended to September 10 as negotiations continued. On Monday, IATSE called for a strike authorization vote after the Alliance of Motion Picture and Television Producers (AMPTP) balked at the union’s latest bargaining offer.”

Credit: IATSE: Everything You Need to Know About the Union Planning a Historic Hollywood Walkout

Today, the AMPTP informed the IATSE that they do not intend to respond to our comprehensive package proposal presented to them over a week ago. This failure to continue negotiating can only be interpreted one way. They simply will not address the core issues we have repeatedly advocated for from the beginning. As a result, we will now proceed with a nationwide strike authorization vote to demonstrate our commitment to achieving the change that is long overdue in this industry. (https://www.basicagreement.iatse.net)

What Does That Mean? What Does a Oct 1 vote mean?

“The strike authorization vote is expected to begin on Oct. 1, with results announced on Oct. 4. If approved, IATSE International President Matthew D. Loeb would have the power to call a strike if further negotiations fail to produce an agreement.

A resounding “yes” vote would be seen as giving the union’s negotiators greater leverage at the bargaining table. But calling a vote also carries the risk that a “no” vote, or an underwhelming “yes” vote, could undermine the union’s position.

The vote will actually be two votes — one covering the Basic Agreement and one for the Area Standards Agreement. The Basic Agreement covers the 13 IATSE locals based on the “West Coast,” which have about 47,000 members in total.

For each local, 75% of the voting members would have to vote in favor for that union’s delegates to support the authorization. The authorization would be decided by a majority vote of the delegates. There are 444 delegates across the 13 locals, according to a union rep who asked not to be identified, so 223 “yes” votes would be needed for approval.”

Credit: An IATSE Strike Would Shut Down Film and TV Production Coast to Coast, by Gene Maddaus

But, Will They Actually Strike?