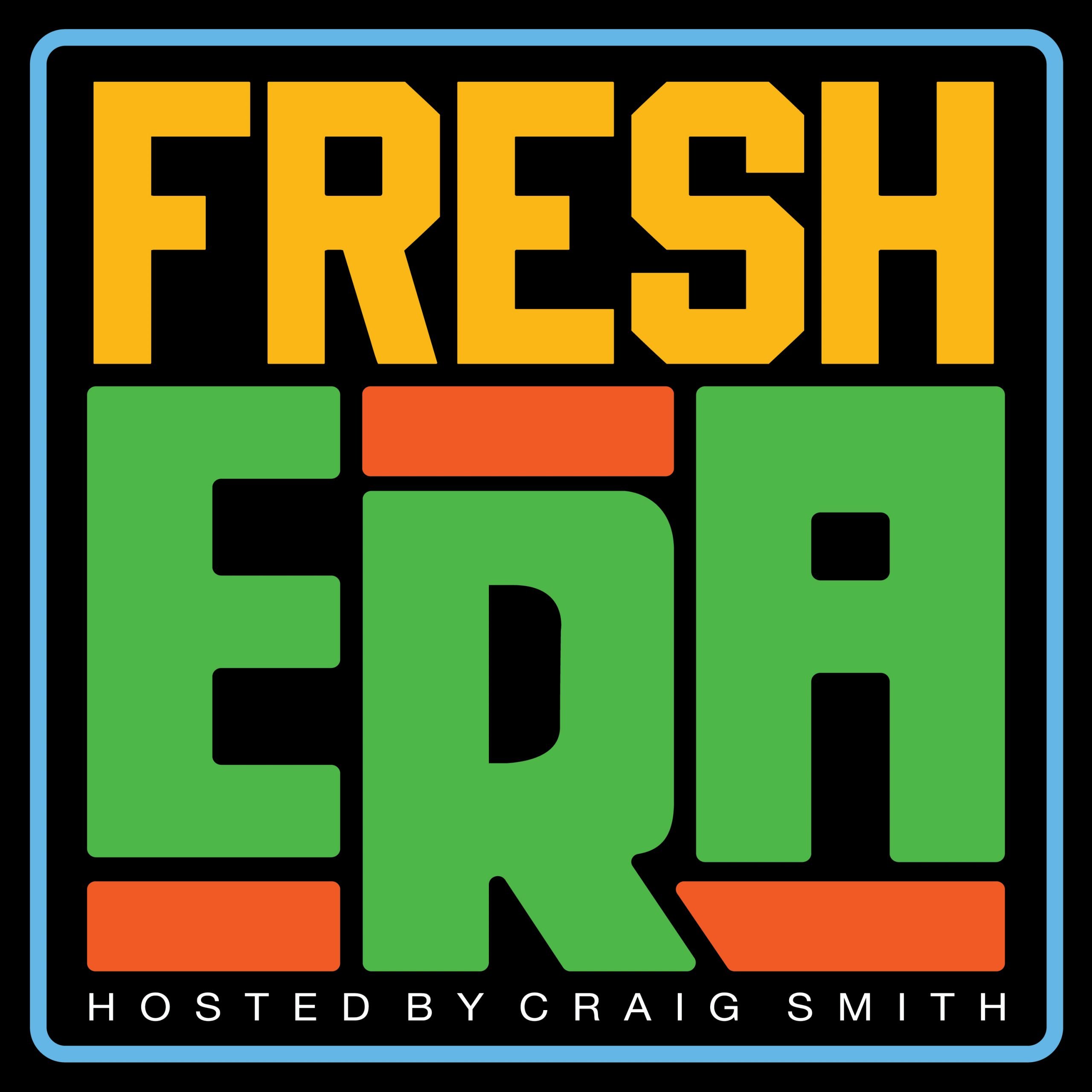 Craig Smith: “In our first season, my favorite episode is the story we tell with Chip Fu of the rap group Fu Schnickens. He has a dynamic rags to riches story that takes a turn. I think I like it a lot because he confronts several issues that plagued him as a child while he’s at the top of his rap career.”

The FRESH ERA podcast is a top contender for my daily audio consumption, but what is it about?

The FRESH ERA podcast is fast-paced, pushing an immersive musical narrative, and easy to consume a great deal of history like candy. Producer/Host Craig Smith’s voice and editing is spectacular.

Craig Smith: “Two years ago I moved to Los Angeles from Kansas City, MO. It’s a nice mid-sized city bubbling with creativity and just beginning to emerge as a hub for arts/content. …I have held a lot of jobs in the entertainment world from photographer to DJ; film director and actor to (my longest standing role) as a rapper. Being a hip hop artist has allowed me to flow into different worlds from nightlife, education, and advertising to film and television, where I have spent the better part of the last few years. Hip hop opened the door for me to learn all the technical aspects of creating things (songs, videos, pictures, etc.) and also taught me how to tell stories. All of that brings us to creating this podcast.”

I started listening to this podcast for the sole purpose of reviewing it after meeting Craig Smith in Hollywood, casually hanging out in Griffith Park. As soon as I asked him about his work, I could see his passion for the content – but I had NO IDEA I would love it so much for the production. This stylistic podcast is the perfect way to consume music history directly from the giants.

Crag Smith: “On the music side, the founder of the company, DJ Cheapshot, has always had a passion for Golden Era Hip-Hop so we reached out and worked with many rappers who made their marks in the late 80s and early 90s. While these guys were in office, we would hear amazing stories of their heyday which led Cheapshot to the idea of chronicling these experiences in some way. At the same time, I had produced several audio stories for a Kansas City based publication and had the passion for podcasts. Once we spoke about his need and my passion for the craft, it was natural that we’d make this show a reality.”

I got the chance to ask Smith about the team, collaborators make or break a project like this, requiring stamina to maintain the integrity of the series.

Craig Smith: “For Fresh Era, we’ve done episodes that highlight Chubb Rock, FatLip of Tha Pharcyde, Grand Puba, and so many more. Behind the scenes, I host and produce the show. Cheapshot is the executive editor and our partner Chris Barnett handles our marketing and logistics. We were fortunate to draw from our network and utilize Michael Bonano for art design and Shawn Berman for mixing.”

What I love about this interview process is having Craig Smith lay out what so many of us creatives crave in our work – an emphasis on quality and artistic interpretation while honoring the subject. I asked him about his experience working on this project.

Craig Smith: “Investing the time to make a piece of content great has been the biggest area of growth. Our culture as creatives celebrates quick turnarounds and high volumes of work regardless of quality. With this show, we decided that the best way to stand out would be creating high quality, theater-of-mind podcast episodes. We take so much time going over each story to get it right and that’s something I hadn’t been used to while making other pieces of content in the same space.”

Don’t miss out, check out Smith’s work on the FRESH ERA podcast HERE as well as follow pages below: