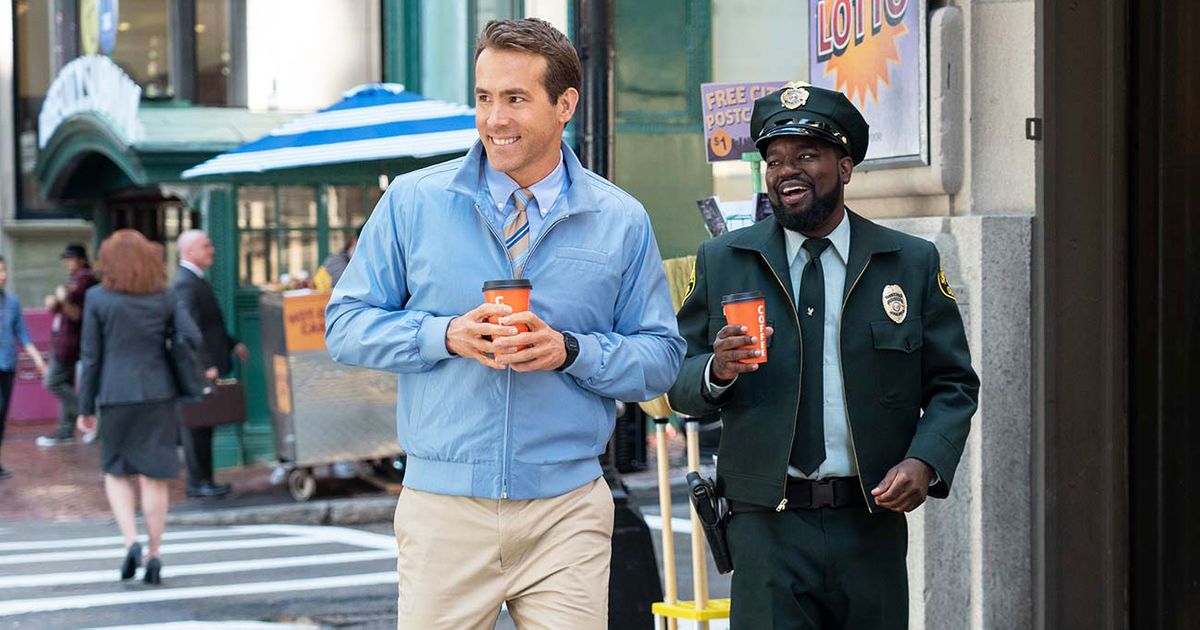 What I loved first and foremost was the marketing campaign that was based in the premise, but they went all the way in making their background actors the forefront… when they literally didn’t have to. The movie STARS RYAN REYNOLDS. Click to watch:

As an actor who did 1.5 years of background acting when I first moved to LA over a decade ago, I was blown away by this recognition. And building awareness for general audiences about what every background actor does for a movie!

The audience reaction overall is incredibly supportive and overwhelmingly positive. I’ll let them speak for themselves:

But not everyone in professional criticism has nice things to say about FREE GUY, …but still praises Ryan Reynolds. Because he’s a national treasure.

“For a film that doesn’t have an original bone in its body, Free Guy is surprisingly tolerable. “Good” isn’t the word, though. Shawn Levy’s galactically derivative action-comedy mixes elements from The LEGO Movie, The Truman Show, They Live!, The Matrix, Wreck-It-Ralph, Ready Player One, and any number of other (mostly better) films to create something that goes down relatively smoothly but has distressingly little on its mind. But like its star, Ryan Reynolds — and maybe thanks to its star, Ryan Reynolds — the picture occasionally seems aware of its limitations. At its best, it turns its cynicism into an asset.

Reynolds plays Guy, a blue-shirt-wearing bank teller who, though he doesn’t know it yet, is an NPC — a non-playable character — in an elaborate, highly popular video game called Free City. His sole purpose, it seems, is to dive for cover when the bank where he works is robbed repeatedly. (His best friend, Buddy, played by Lil Rel Howery, is a security guard who basically does the same thing — every day, they chat casually as they lie face-down on the bank floor.) One day, however, instead of doing as he’s told, Guy grabs the dark glasses off one of the robbers, and discovers that they reveal a whole universe of special powers and pathways and other video-game doodads that suddenly allow him to navigate and change his reality in new ways. He starts to break free of his programming, in other words.”

Ryan Reynolds (Almost) Saves Free Guy, Believe It or Not, By Bilge Ebiri

I’m not gonna deep dive on why this film works with Reynolds’ unique likability combined with insincerity. This movie combines his best qualities for an excited audience. It’s ok to bask in the enjoyment of cinema for entertainment purposes. And audiences sure did!

And one more just for fun…